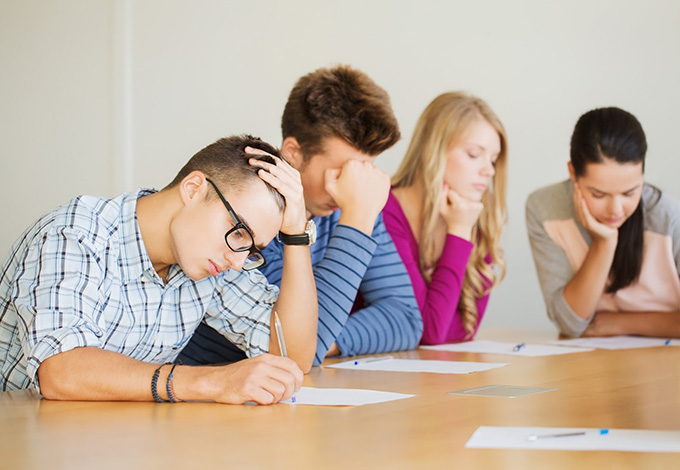 Anyone looking at the numbers realizes, even if the student loan scam continues, higher ed is going to be in big trouble. We’ve overbuilt, massively, to the point that we could, if we put our minds to it, slam every citizen into higher education today.

“98% of our students have been accepted into college!”

–a local principal, proudly announcing the ‘success’ of his high school. According to Leap tests, well below 10% of his high school graduates are at the 9th grade of proficiency or higher. We should probably ask some questions about how so many kids who are demonstrably not ready for college are nevertheless going to college.

The only way our overbuilt system can survive is if it continues to grow, continues to suck in every student possible, hopefully right as the kid comes out of high school so that he has as little chance as possible to escape the debt trap our college administrators have laid out for him.

Our “high school to college” debt trap is reaching ever higher levels of efficiency, but this won’t be good enough. There’s a huge problem dooming most of our schools to the dustbin of history.

So what’s the problem? Demographics. We simply aren’t “producing” enough kids to sustain our system, much less provide the growth necessary to allow all our deanlings to purchase lakefront property and get million dollar parachutes when they quit (the true purpose of many of our colleges and universities, empirically speaking). All the accounting legerdemain in the world can’t change this reality. The for-profit schools saw this and are doing the intelligent thing: closing up shop or scaling back operations, like University of Phoenix (which has reduced their student rolls by hundreds of thousands). Our state schools can’t do this.

Standards have already been lowered to the point that much of college work is little different than 9th grade material; this is perfectly understandable since most high school graduates, over 60%, aren’t ready for college level work.

The reality of “not enough students” is particularly bad for colleges which still have some vague standards, like standardized tests, which clearly indicate when students have no chance of success at college. How do our arrogant leaders respond to a test giving bad news? Get rid of the test, of course.

How’s that working out?

New study finds that ending SAT and ACT requirements results in more applications and more diversity — without any decline in graduation rates.

It always is amazing how every proposed initiative in education always works, and here we have the benefit of “more diversity.” I really have to ask: where’s the study which says more diversity is a good thing? That aside, let’s take a look at how success is generated:

Just this week, Augsburg University in Minnesota made such a shift. The university’s announcement said that the policy had strong faculty support and was seen as likely to boost the diversity of the student body.

“Strong faculty support”? Uh huh. I’m sorry, no faculty says he wants more students so disinterested in academics that they can’t be bothered to demonstrate how skilled they are on a test. That’s just not how it works. The “strong support” comes from the fact any faculty who spoke out against this destructive decision would be fired. That’s today’s higher ed system, after all.

Similarly, graduation rates don’t need to change, because admin simply tells the faculty, “pass these students or you’re fired.” I remind the gentle reader this is eyewitness testimony on my part, as when I was at a state university, overnight our pass rates went from 50% to 85%, because admin told us that was the new grading policy we were to use. Or else.

So, yes, we do have a study which says a way to promote growth and diversity is to eliminate more standards. Who wrote this report?

–-Emphasis added, and that’s just the assistant! Honest, just eliminate all administrative positions with overblown titles and higher education will be able to afford to have standards again.

Once again we have a deanling with a title more than twice as long as his name, and so by my guideline, this position can be safely eliminated and have no impact on education. More accurately, of course, it’s clear these grandiosely titled positions are hurting education, lowering the bar ever further in an education system already scraping the bottom of the barrel in an attempt to get more growth.

One of the key results of the study:

First-year grades were slightly lower for nonsubmitters, but they ended up highly successful, graduating at equivalent rates or — at some institutions — slightly higher rates than did those who submitted test scores. This, the report says, is “the ultimate proof of success.”

Wow, “proof”? I can’t help but be very bothered by such strong language from people who should be professional researchers and know no such proof can come from a statistical study. These people are supposed to be experienced in higher education…how is it they have no idea how statistics works, much less how simple administrative fiat could be a factor in these alleged higher graduation rates?

Like I said, every proposed initiative in higher ed is shown to be successful from studies…studies from people with a severe conflict of interest and no real understanding of how research works.

I assure the gentle reader, on the basis of this study, other schools will likewise be lowering their standards further. It helps diversity you see, and that’s a good thing. It is known.

The article I’ve quoted from and the comments sections points out the many issues with this study, and fairly laughs at the conclusion but…this is irrelevant. If a Poo Bah sees this study, he’ll call a mandatory meeting, say “We’re getting rid of admissions standards because it helps diversity. Only RACISTS are against diversity. Is anyone here against diversity?”

You better believe not a single faculty member will stand up and say he’s against the new proposal, or dare to identify any of the obvious problems with the study. And then another school will announce their “bold” plan to eliminate more standards, using the lack of faculty opposition as “strong support from faculty.”

Bottom line, however, neither this plan, nor any other plan, will work. Our student base is going to shrink in the upcoming years, because our population of student-aged citizens is shrinking. The only intelligent plan would be start getting rid of all the excess administrative positions and start shrinking our system to something more appropriate to our population.

Too bad that idea can’t come from an Assistant Vice Chancellor of Student Appeasement, Diversity, and Common Sense Business Ideas, because it would both violate the self-interest which guides all administrative positions, and, more importantly, this is about the only title that doesn’t exist on campus.