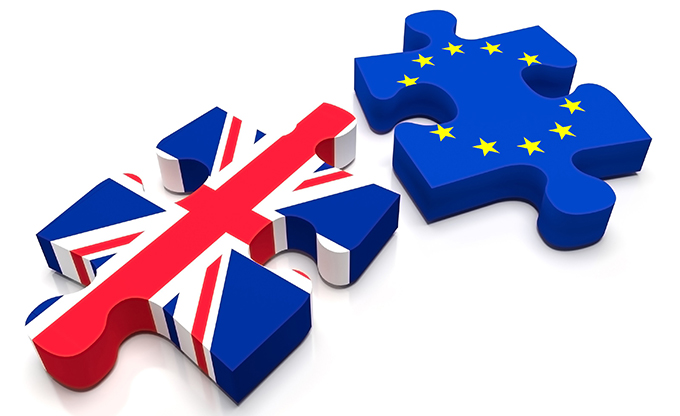 It’s fair to say that the UK was always ambivalent about Europe. The primary reason for European Economic Community and European Union membership was the economic benefits, and the sensible centre of British politics took the view that, in essence, “we can take the benefits of EU membership without becoming European”.

The UK attitude to Europe was and is transactional rather than existential, precisely because most of the country did not identify as “European” and saw Europe as an external entity with which it dealt. The Brexit debate has made clear, if we needed reminding, that for part of the popular mind and significant sections of the elite, the imperial past is too compelling and too recent to put away.

With the nation perpetually half in and half out of Europe, while seeing itself as something else, something equally or more important in the world, an exit referendum was always in prospect. However, there are two exceptions to the half-in half-out syndrome: the financial services sector; and higher education and research. In both sectors, the level of integration with Europe has been more profound than is the case for the country as a whole.

The quality of UK universities rests partly on non-UK EU-citizen staff, who make up more than a quarter of all staff in the leading research universities, and closer to half of recent academic appointments in the Russell Group. In my own research centre, seven of the eight recently appointed postdocs, hired from competitive fields, are non-UK EU citizens.

Free movement has worked in the UK’s favour. There is little evident support for preference for UK nationals. It is inconceivable that this vast talent pool will be sustained if the government’s draft migration policy is applied after Brexit. Appointment spans of several years cannot compare with open entry without limit, with the enticing prospect of being able to choose where to live. And the proposed regime will drive many present residents back to Europe. The best researchers also have the best opportunities to return.

Exactly what will happen in higher education and research is not yet clear. The UK government is strongly committed to continued membership of the European research programmes. That is, full membership by a country paying its share of EU research programme costs, but from outside the EU. But it is hard to see how this could happen.

Under all the possible scenarios for full Brexit, in which the UK abandons its commitment to freedom of movement and continued open-ended residency rights for EU citizens presently living and working in UK, there would be insufficient motivation for EU member countries to support more than a very limited UK participation in the European Research Area. The bottom line is the existential one: Europe itself is at risk if the UK can cherry-pick the bits of Europe that it likes and abandon the concurrent obligations.

Aside from the core question of EU membership, for UK higher education the other casualty of the present political setting has been non-EU student policy and regulation. By commercialising international education, the UK has created a major export industry, one that also provides for rights of global mobility (albeit differentiated by capacity to pay), and generates national and global public good benefits through diverse engagement in more cosmopolitan universities.

However, the migration resistance in the electorate, evident in the referendum, has prompted the UK prime minister to foreshadow a major reduction in net migration. This is difficult to achieve in relation to business migration and family reunion. International students are temporary rather than permanent migrants but are included in the net migration count, and the prime minister has left them there, against every pressure to the contrary, because they are the easiest category to cut.

A reduction of 30 to 40 per cent in non-EU international student numbers has been on the table for a year, which would cut into institutional incomes, especially among lesser status providers. This is yet to be implemented but the regulation of student visas is more unfriendly than it was, and postgraduate work rights have been largely brought to an end.

The Home Office long supported this stance with data on international departures that implied that there was a high rate of overstay by graduates. Figures such as 100,000 people a year have been bandied about. There’s more than one kind of fake news in the world. These data were recently revised and the government now acknowledges that at least 97 per cent of graduates depart on schedule. But the government is yet to remove international students from the migration count.

The result of the June 2016 referendum was arguably less about net economic benefits than about identity and control. The problem for us is that many people’s answer to their problems in the political economy was not to demand a redistribution of income – expectations were low and they saw no prospect of that happening – but a nativist revolt. And now that has happened, we can’t simply wind back to where we were.

Putting that genie back in the bottle requires not just a more social democratic policy, of the type say that the Labour Party might offer, but also the reawakening of tolerance, inclusion and regional identity.