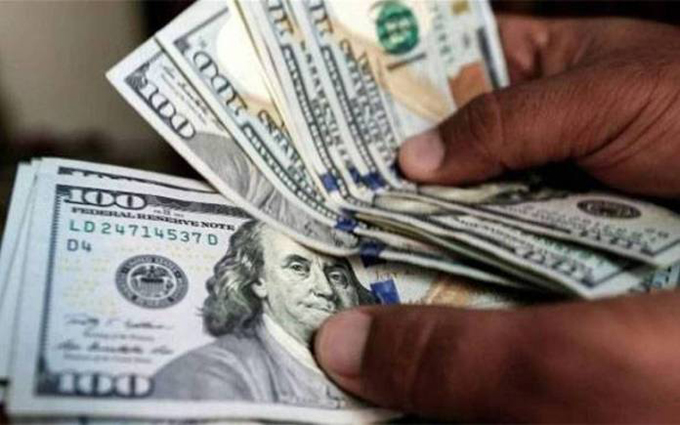 The president has called on Congress to make a “historic investment” in the Title I grant program. The program provides financial assistance to school districts that have high numbers or percentages of students from low-income families. The Biden administration wants US$36.5 billion for the program, an increase of $20 billion from the 2021 enacted level.

As a political scientist who examines education policy, I believe this larger influx of cash would give the president more power to shape the structure of American education.

I also believe it could make it harder for states to push back against the federal government when it comes to such matters as standardized testing.

History shows how a larger federal role is part of an ongoing trend. Since the passage of the Elementary and Secondary Education Act of 1965, the federal government has attached conditions that states and districts must meet to get federal education funds. Based on these conditions, if Biden succeeds in his plan to increase federal spending by 41% in fiscal 2022, then the federal government will have even more control over school spending.

From ‘cradle to college’

In 2009, the Obama administration launched a competitive grant program, Race to the Top, that financially rewarded states that invested in early childhood education, standards to promote college and career readiness and systems to collect students’ test data throughout their time in public education. The Biden administration is similarly seeking to build an education system that takes young people from “cradle to college.”

When President Johnson signed the Elementary and Secondary Education Act in 1965, federal investment in public education more than doubled from under $1 billion to nearly $2 billion. Upon signing the act, President Johnson said, “From our very beginnings as a nation, we have felt a fierce commitment to the ideal of education for everyone.” One of the debates since then, however, has been how much the federal government should steer – as well as help fund – public education.

The 1994 version of the Elementary and Secondary Education Act required states to adopt standards-based education reform for all schools, not just high-poverty ones, to receive Title I grants.

The No Child Left Behind Act of 2001 expected states to test students in reading and math on a fixed schedule, bring all students to the proficient level by the 2013-2014 school year and hold schools accountable for student outcomes.

In 2015, President Obama signed the Every Student Succeeds Act, which gave states some leeway about their education plans. Still, the new law required states to place “much greater weight” on academic indicators such as test scores and graduation rates than more subjective measures.

The federal government covers about 8.5% of K-12 school districts’ budgets. However, the percentage varies by state. In fiscal 2017 in New York, for example, federal funding made up approximately $1.6 billion of the more than $70 billion that the state spent on elementary and secondary education. Given that there are costs associated with meeting the conditions necessary to get Title I funds, it might make sense for the state to forgo Title I grants and instead increase state school aid for high-need school districts.

The country’s elementary and high school education does not mandate what states and school districts do. Instead, school districts and states apply for Title I grants, and the federal government comes up with the conditions to get the money.

People close to the Biden administration are aware of Title I’s power to nudge states and school districts to do things they might not otherwise want to do. For instance, Ary Amerikaner, vice president of The Education Trust, a nonprofit that advocates for low-income students and students of color, as well as a member of Biden’s education transition team, supports the requested $20 billion increase in Title I. However, she wants the Biden administration to “leverage it to change the vast rest of the public education spending inequities in our country.”

Or take the topic of administering tests during a pandemic. In February 2021, Ian Rosenblum, acting assistant secretary of education, told chief state school officers that the Biden administration expects states to administer federal tests. “We remain committed to supporting all states in assessing the learning of all students,” he stated. The U.S. Department of Education has denied requests for a testing waiver from some states, including New York, Georgia and South Carolina.

The chancellor and commissioner of the New York State Education Department told the Biden administration that his department was “deeply disappointed” with the U.S. Department of Education’s denial of its request for a testing waiver. They added that “canceling state assessments would be the most appropriate and fair thing to do” for students living through a pandemic.

In a decision that seems to thwart the Biden administration’s expectation that states assess the learning of all students, New York officials decided this spring to have students “opt in” if they want to take the state test.

New York education leaders are taking a risk that the federal government might financially retaliate. In 2005, the U.S. Secretary of Education threatened to withhold $76 million from Utah’s federal education funds if the state did not use No Child Left Behind’s way to measure student achievement. In 2019, the U.S. Department of Education told Arizona that it could lose $340 million in Title I funding if it did not comply with federal testing requirements.

Biden’s pitch to increase Title I funding is not just about investing more federal money in education. It is also about giving more education power to the federal government.