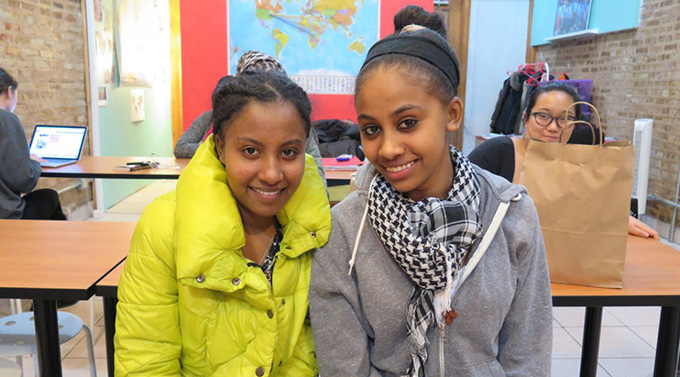 In recent years, there has been a great deal of public angst about refugee resettlement in the U.S. and Europe. Americans are deeply divided on the issue. For instance, a Pew Research Center study published in May of this year found that only a quarter of Republicans and right-leaning independents say the U.S. “has a responsibility to accept more refugees,” compared with almost three-quarters of Democrats and left-leaning independents.

Policies under the Trump administration reflect this division: The number of refugees being resettled to the United States in 2017 was just over 50,0000 – less than half the number from 2016. The decline is even sharper for 2018, since the administration lowered the annual cap to 45,000 refugees. Fewer admissions also means a decrease in numbers of students with refugee backgrounds in U.S. public schools.

Those who see refugees as a drain on public resources might view these declines as a positive. However, qualitative research published recently in my co-edited book, “Educating Refugee-background Students: Critical Issues and Dynamic Contexts,” suggests that this trend represents a loss to our schools and communities.

Having fewer students with refugee backgrounds, I argue, may result in missed opportunities for learning among all U.S. students – particularly when it comes to preparing them for global citizenship, civic responsibility and perseverance both inside and outside of the classroom.

Proponents of education reform in the U.S. often cite global citizenship as an important piece of college and career readiness, as well as engaged citizenship. At the crux of global citizenship is an awareness of one’s place in the world and a sense of openness to different viewpoints.

In a chapter by Bryan Ripley Crandall, an associate professor of education at Fairfield University, Somali-born student writers describe ways they contribute to their peers’ cross-cultural understanding. They share information about family heirlooms, colonial history on the African continent and the legacy of slavery in the U.S. One student created a Facebook page where he and his friends discuss history and post their own creative writing. A poem posted on the page, entitled “History Should Come First,” opens with these lines:

Another piece of global citizenship is understanding and responding to prejudice. In her chapter about Muslim students from Iraq, Amy Pucino, an assistant professor of sociology at the Community College of Baltimore County, has documented the strategies her students use to respond to Islamophobic and xenophobic comments from peers. After being called a “terrorist,” for example, one student tells his peers: “Hold on a second. The (U.S.) army, when they came to Iraq, killed my uncle and killed my best friend. And they killed this and that person. Were you included in that? … No, you don’t have anything to do with that.”

Many students with refugee backgrounds want to be not only global citizens but social change agents. This is illustrated in a research collaboration between Erin Papa, a dual language facilitator in the Pawtucket School Department, and students of Cambodian and Guatemalan heritage. The students used photography and writing to suggest ways the schools and community could be more culturally responsive. Students criticized local police for lack of cultural sensitivity, pointing out that officers sometimes removed a religious string known as a “ksai-see-ma” from the wrists of Cambodian students during an arrest, claiming the string could be used as a weapon. “I get so scared whenever I lose my ksai-see-ma,” one student explained. “This is a big deal … it means a lot because without it you’re open to evil spirits, like, messing with you.”

This line of research also offers insights into the nature of resilience, another focus of much discussion lately in U.S. education. In her study of autobiographical narratives from Rohingya youth, Kristiina Montero, an associate professor of education at Wilfrid Laurier University in Ontario, Canada, finds evidence of self-healing, expressed in statements of religious faith and a commitment to community service.

The examples cited in the book represent just a sampling of the many ways that students with refugee backgrounds can and do contribute to American classrooms. Rather than seeing refugees as a drain on resources, I believe educators and policymakers should consider how to tap in more fully to the assets these students and their families bring to U.S. schools and communities.

Author Bio: Shawna Shapiro is an Associate Professor of Writing and Linguistics; Director of Writing & Rhetoric Program at Middlebury College