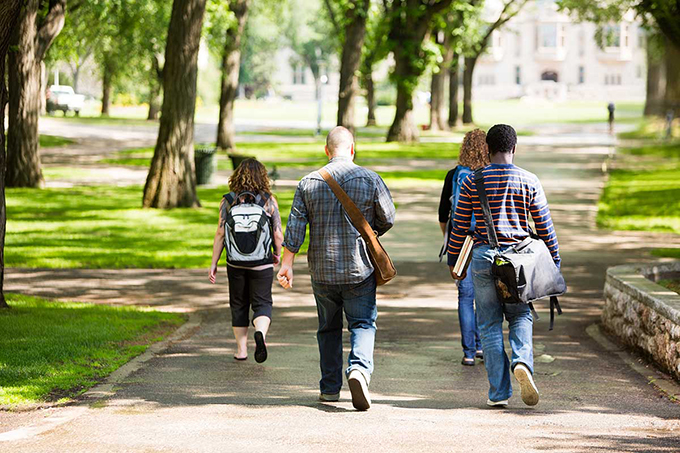 The publication of the updated edition of the U-Ranking Report , carried out by the BBVA Foundation and the Valencian Institute of Economic Research, has once again focused on the university system, apart from the accurate analysis established on the basis of objective indicators , has included in this occasion data on a complex and worrying phenomenon, such as that of university abandonment.

Thus, taking data from the Ministry of Science, Innovation and Universities, the aforementioned report places the drop-out rate of undergraduate studies at 33.3%, of which 21.4% would be produced by the definitive abandonment of the university system and 11.9% due to the change of the student regarding the degree in which he had initially enrolled. In other words: three out of ten university students leave their studies without completing them.

The problem generated by this situation is wide and is not limited to negative consequences for the student and his family such as anxiety, the lower number of job opportunities or the emergence of intrafamily conflicts, but that transcends these environments to enter fully into the socio-political sphere, which must take measures to prevent a public investment from causing losses of 1 billion euros per year that, according to some researchers, can reach 1,500 .

What are the causes?

Against this background, it is not surprising that different research groups of the universities themselves have created specific lines based precisely on analyzing what are the causes that lead students to leave their studies trying to establish prevention measures.

Among these causes, it seems that those of an academic nature have a preponderant weight, with early academic performance being the most influential variable when predicting university drop-out. Thus, those students with better academic results tend to remain in the degree, while those who obtain worse results in the initial phases of their studies choose to find alternative ways.

However, it should be borne in mind that this performance may already be conditioned by the previous baggage, and thus it is not surprising that other variables that can occur even before entering the university, such as mastery of study techniques, performance previous or the academic orientation received, have an important load when predicting the abandonment of the degree.

The second type of influence factors in this phenomenon has to do with a more emotional component and is formed by variables where the correct social integration acquires a fundamental role, highlighting the satisfactory relationship with teachers, with peers, or even participation in institutional groups that allow to establish affective links and belonging to the university community .

However, despite the influence of these psychological and social variables that we can consider, to some extent, as more controllable by the individual, we cannot ignore that this moves in an environment where the socioeconomic context and educational policies mark conditions environmental that will have a direct and notable influence on their circumstances.

Thus arises a third type of factors widely conditioned by the economic and labor. Among them, the hourly dedication to employment or domestic work, or the general economic situation, which have also shown an important influence on the student’s decision to abandon their studies.

In fact, in the latter case it is characteristic how the profile that most abandons corresponds to that of a “quasi-dependent” student, who would obtain income from part of the family, partly from the performance of specific jobs and partly from scholarships achieved, assuming such circumstance a situation of overexertion and instability that leads to academic dropout.

A problem with many causes

As can be seen, and although more elements that influence the final decision could be mentioned, the phenomenon of abandonment is a multicausal problem and, therefore, its solution must involve all the actors, who must commit to a series of prevention measures.

To facilitate student performance, the educational system should rethink the role of guidance already from Secondary Education, reorganizing the services of academic-professional guidance very deficient and promoting in its academic orientation the development of meta-learning skills.

To facilitate their integration, universities, in turn, should boost the entry process of new students and encourage participation in university life through the creation, financing and support of academic, cultural, sports, political groups, etc.

As for the circumstances of the student, both university institutions and political powers should guarantee conditions that allow for a certain equality of opportunities, both for entry and in the development of studies. For this it is important to guarantee the existence of a system of access to equipment, infrastructures and technologies of the students independent of their socioeconomic status and the inexcusable impulse of a system of scholarships, financing and study aids that allows to be able to pursue the degree in certain conditions worthy

In short, major changes in the institutional and social sphere to reduce abandonment and allow anyone who is willing to reach their educational potential.