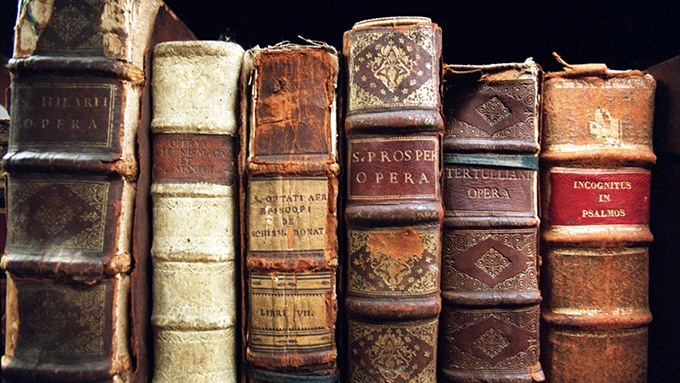 In May 2016, I saved this list of 33 examples of the ridiculous things that Donald Trump had said to that point. I am not sure why I did not post it. I suspect that I felt that it was basically impossible to keep up with the avalanche of statements that, intentionally or impulsively, were provoking and distracting the media attempting to cover his candidacy.

Now, with the advantage of some retrospection, this list seems both a revelation of how clear it should have been of where things were heading and a quaint reminder of a time when our dismay was genuine, rather than a conditioned reflex.

The title of this post is the original title, and I think that remains very important to remember that what is going on is not some sort of reality television show but our ongoing national history.

Here, then, is the list of list of 33 examples of the ridiculous things that Donald Trump had said as of May 2016; some remain memorable, but it surprises me how many I did not recollect and have left me shaking my head as if I were reading—“hearing”–them for the first time:

–“The point is, you can never be too greedy.”

On His Own Intelligence

–“My IQ is one of the highest—and you all know it! Please don’t feel so stupid or insecure; it’s not your fault.”

–“Number one, I’m not stupid, okay? I can tell you that right now — just the opposite,” he assured the Good Morning Britain host. “Number two, in terms of divisive, I don’t think I’m a divisive person. I’m a unifier; unlike our president now, I’m a unifier.”

–“My fingers are long and beautiful, as, it has been well documented, are various other parts of my body.”
–“Look at those hands, are they small hands? And, [Republican rival Marco Rubio] referred to my hands: ‘If they’re small, something else must be small.’ I guarantee you there’s no problem. I guarantee.”

–“Ariana Huffington is unattractive, both inside and out. I fully understand why her former husband left her for a man – he made a good decision.”

–“Robert Pattinson should not take back Kristen Stewart. She cheated on him like a dog and will do it again–-just watch. He can do much better!”

On Objectification of Women

–“You know, it really doesn’t matter what the media write as long as you’ve got a young, and beautiful, piece of ass.”

–“I’ve said if Ivanka weren’t my daughter, perhaps I’d be dating her.”

–“All of the women on The Apprentice flirted with me–-consciously or unconsciously. That’s to be expected.”
–“I think the only difference between me and the other candidates is that I’m more honest and my women are more beautiful.”

On Condescension to Women

–“If Hillary Clinton were a man, I don’t think she’d get 5% of the vote. The only thing she’s got going is the woman’s card.”

–“You’re disgusting.” [To put this into context, Donald Trump said this to the opposing lawyer during a court case when she asked for a medical break to pump breast milk for her three-month-old daughter.]

On Diet and Weight

–“I have never seen a thin person drinking Diet Coke.”

On His Own Divisiveness

–He assured the Good Morning Britain host. “In terms of divisive, I don’t think I’m a divisive person. I’m a unifier; unlike our president now, I’m a unifier.”

–“I was down there, and I watched our police and our firemen, down on 7-Eleven, down at the World Trade Center, right after it came down”

–Trump went on to clarify that his call for a ban on Muslims entering the country was just a “suggestion” — and most of his Muslim friends think it’s a great one. “I have many Muslim friends. They come over—not all of them, I have to say—I was with one the other day, one of the most successful men. He’s Muslim. He said, ‘Donald you have done us such a favor. You have brought out a problem that no one wants to talk about.’”

–“I have so many fabulous friends who happen to be gay, but I am a traditionalist.”

–“Our great African-American President hasn’t exactly had a positive impact on the thugs who are so happily and openly destroying Baltimore.”

On American Politics
–“One of the key problems today is that politics is such a disgrace. Good people don’t go into government.”

On Politics as Reality Television

–“Sorry, there is no STAR on the stage tonight!”

–“My Twitter has become so powerful that I can actually make my enemies tell the truth.”

On His GOP Opponents

–“Lyin’ Ted Cruz just used a picture of Melania from a shoot in his ad. Be careful, Lyin’ Ted, or I will spill the beans on your wife!”

–“Big wins in West Virginia and Nebraska. Get ready for November–Crooked Hillary, who is looking very bad against Crazy Bernie, will lose!”

On Those Who Criticize Him

— “When [Sadiq Khan] won [the London mayoral election] I wished him well—now, I don’t care about him. He doesn’t know me. Never met me. Doesn’t know what I’m all about . . . They’re very rude statements, and frankly, tell him, I will remember those statements.”

–“The other candidates—they went in, they didn’t know the air conditioning didn’t work. They sweated like dogs . . . How are they gonna beat ISIS? I don’t think it’s gonna happen.”