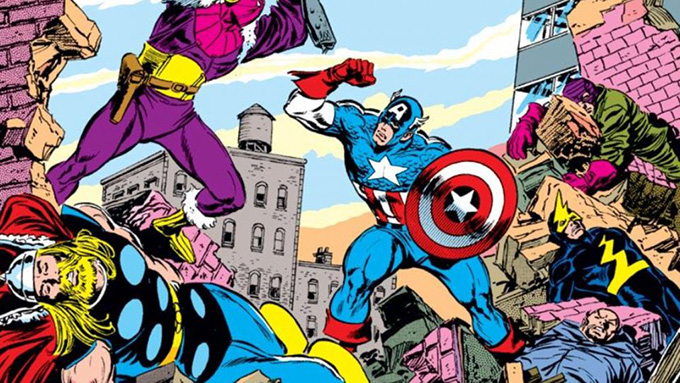 You might think comics are just packed full of superheroes, funny animals and silly jokes, and you wouldn’t be far wrong. But while the term “comic book” might also bring to mind something that is outdated and just for young kids, what you might not know is that comics are being used to great effect in many classrooms and lecture theatres around the world.

And our recent study shows why, because we found that the use of comic books actually enables students to better remember information. Our research showed that the students that read a comic book version got more memory questions correct compared to when the same information was presented in text format alone – or in a combination of random images and text.

This shows that the way comic books are structured – to include a special combination of words and pictures in a certain sequence – increases students’ ability to remember information. Which was in this case undergraduate level biological psychology.

Why do comics work?

There are good theoretical reasons why comics might be better at imparting information to students. A lot of which has to do with what the influential cognitive psychologist, Allan Paivio, called “dual-coding theory”. 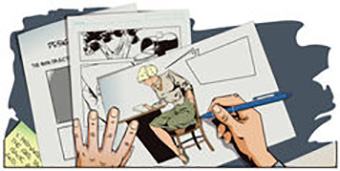 Comics: not just for the kids. Shuttertsock

This is the idea that we deal better with material which is presented in both a verbal and a visual manner. And Paivio has argued that teachers should make more use of both types of information in educational settings.

Comics are an ideal “dual-coding medium”. The images and text combine to form a final product that is greater than the sum of its parts. Skilled writers and artists can make even the most abstract material clearer to understand.

This means that the words and pictures act to support each other so that the memory for the material is stronger. And our study supports the “dual-coding” aspect of comics.

As part of the research, we used pages from my textbook: Biological Psychology – An illustrated Survival Guide which is written in comic book format and aimed at teaching undergraduate students the rudiments of biological aspects of psychology. And there are a number of other books like this already out there – that use a comic format to teach. 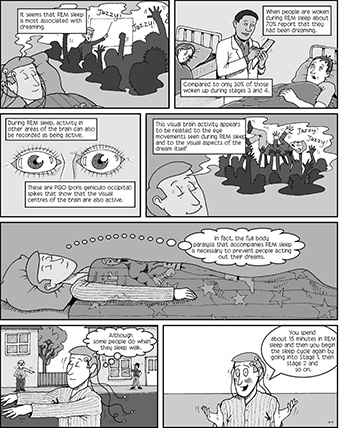 Books like Optical Allusions by Jay Hosler, who uses comics very effectively to teach how vision works to college age students, and the cartoon guide books by Larry Gonick, which cover topics as diverse as statistics, physics and the history of the universe.

There is also a long history of comics being used as supplementary materials in school settings. And these have ranged from using comics as tools for teaching different subjects like sociology, perceptual skills, and reading. While more recently the use of comics has been suggested in a number of different disciplines including geography, linguistics and even medicine.

More than words and pictures

Previous studies have also found that students tend to enjoy learning using comics – which of course is half the challenge when trying to teach students.

So all in all, it seems that comics may well be helpful in enhancing educational experiences. Comic books produced specifically for school-use – that fit in with the curriculum – could be of real value to students, and may actually be better than traditional books.

This may seem at odds with the idea of comics as only good for muscle bound heroes saving the world from super villains. But by separating the usual content of comics from the actual format of comics, it’s clear that they too can have a role to play in the classroom.

Author Bio:Paul Aleixo is a Senior Lecturer in Psychology at Sheffield Hallam University