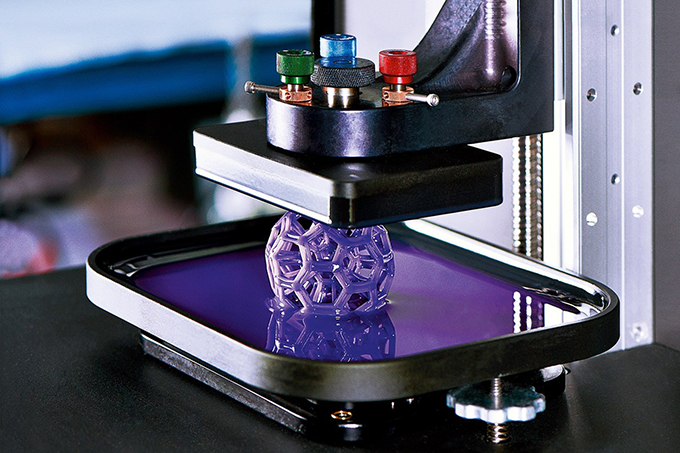 Three-dimensional (3D) printing has fast risen from being what amounted to an R&D curiosity to a recognised and highly important manufacturing process that has transformed the way that we make things, regardless of their complexity. Offering both a high degree of flexibility coupled with the potential to make highly complex designs out of what were previously regarded as ‘difficult’ materials, 3D printing has heralded in a whole new era of manufacturing that embraces them.  But this exciting process has become even more advantageous of late with the ability to apply extended manufacturing techniques to printed materials to not only make forms but to apply machining processes to them as well, creating a true start to finish technique.

With its origins in fragile, crumbly materials used to make vague and novel representations of proposed products – or small parts of – 3D printing has experienced one of the biggest technology expansions ever, and it shows no signs of abating.

While based on the simple principles behind an ink-jet printer, where spatters of material are transferred from printer head to the printed article, slowly building up the final form.  The key differences between real 3D printing at its inception at the early part of the century and the current range of machines are the speed of processing and the materials that can be passed in an addition process that builds up the final product form. What started off as chalky polymers held in a liquid suspension has quickly progressed to an assortment of stable engineering materials – including polymers metals and ceramics – which can then be built up to create full-form components.  Furthermore, the printed material can be post-processed using regular engineering machinery to manufacture high-tolerance parts of staggering complexity.

Due to the heat of transfer the formation of many thermoplastic polymer products becomes self-welding and once built, it is robust enough to be further processed and even used as is, however metal and ceramic structures typically require further processing before machining.   Typically, this is carried out using the sintering process, however there are an increasing number of machines that can put down molten metal to create a shape.

The sintering process is carried out below the melting temperature (Tm) of the materials, but sufficiently high to allow mass transport between the amassed particles.  By this means, primary bonding is established between those particles, forming a coherent material which is capable of holding high tolerance surfaces and threaded holes.

However, the actual printing and addition processes available today mean that, rather than creating a large mass that has to be machined down using a series of roughing cuts before progressively applying lighter and finishing cuts, near net shapes can be produced.  The precision that can be applied to modern 3D printing techniques means that components can be reliably produced close to the required size, leaving only the need for finishing cuts and any other finalisation.

But this level of control is only achievable when three distinct elements are in place; a suitable printable matrix that can be laid up to create a coherent product, printing equipment that can pass the material, and software – usually linked directly to mainstream CAD programs – capable of driving it.   Plainly one of the major differences between printed material and virgin stock is the possibility of porosity and the possibility of vacant areas, which may affect the integrity of the final product. This is more of an issue with engineering ceramic materials such as metal oxides and carbides (MgO, Al2O3, SiC, ZiO2 etc) which may be laid up as a paste to be sintered later as details calculations need to be carried out to ensure that mass transport is full and complete.  With that completed properly, there is far less chance of uncovering a porous area which would render the component useless. The additional printing processes that apply molten metal on top of previous layers tend to be less of an issue from that respect.

Components printed using the array of 3D processes can be machined and worked using standard tooling, though some heat treatment may be required for metal layups to ensure that they are fully machinable. However, even with that extra step, creating components using the 3D printing process is becoming increasingly quick and accurate, and offers a much more reliable way of producing complex components. We would like to thank Protolabs, injection moulding specialist, in assisting us with the creation of this post.