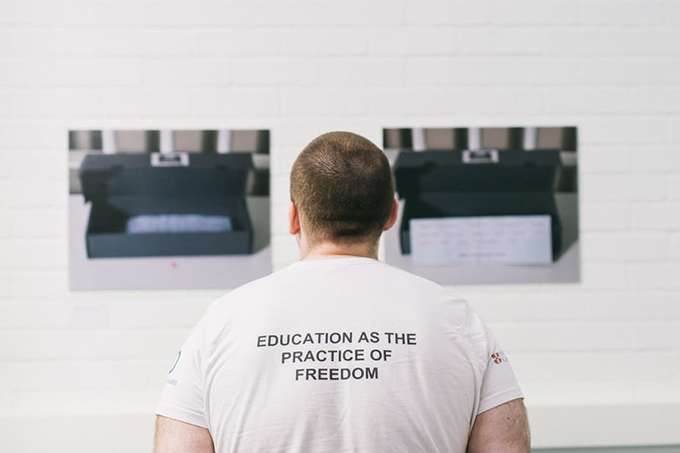 Usman Khan killed two people – Jack Merritt and Saskia Jones – and injured others at an event linked to Learning Together, a pioneering Cambridge University education programme, in London on November 29 2019. Khan, born and raised in Stoke-on-Trent, had been released early from prison on licence the previous year. Despite calls from Merritt’s father for the killings not to be politicised, they immediately were, with Boris Johnson blaming Labour Party policy for Khan’s early release.

And so the UK can expect criminal justice to change yet again. The initial indications of how this landscape will look have been mapped out by the country’s new government, with much emphasis on tougher sentences, especially for offences of violence and terrorism. It involves scrapping automatic release at the half-way point of sentences for those serving over four years for “serious” offences, replaced by a requirement to serve two-thirds of such sentences.

With these changes looming on the horizon, those supporting prison reform and championing rehabilitative and transformative cultures and opportunities for prisoners are more important and needed than ever. I served a long-term sentence of imprisonment in the UK, so I know first-hand the need for a system that rehabilitates people instead of punishing them.

At the start of my sentence, my outlook was bleak. I was facing years of mere existence and feared that upon my release this would continue thanks to an enduring stain on my character – not to mention the psychological scars from imprisonment. But education within prison was a game changer for me.

I had already entered the tentative stages of education, studying for an undergraduate degree in criminology and psychology, when I was invited to a round-table event discussing ways to enhance higher education for prisoners using digital technology. It was then that I was introduced to Learning Together, which promotes educational partnerships between prisons and the rest of society that involve students, mentors, facilitators and lecturers. In doing so, Learning Together aims to nurture individual growth and to challenge social disadvantage as a barrier to learning.

I didn’t participate in an official Learning Together course, but that didn’t exclude me from being supported by the team, whether with a handwritten letter of support, words of encouragement, sending academic materials to help with my studies in an environment where there are very few. But most importantly, they gave me their time. I am one of those underdogs that Merritt, Jones and everyone else associated with Learning Together and similar programmes have championed, supporting our access to opportunities to develop through higher education.

Education in prison saved my life, and that of countless others. Those involved helped me to shape and develop my identity as a man, an academic and a prisoner. They gave me support and hope when I was at my lowest to summon the strength and fortitude to keep challenging myself and to achieve a better sense of self-worth. I completed my undergraduate and postgraduate degrees in both closed and open prisons.

In a more punitive prison culture, the light at the end of the tunnel would have seemed a very long way away. It is imperative that prisons have “permeable cultures”; that they offer opportunities beyond the prison walls. These might be employment, vocational training partnerships, or opportunities to develop and maintain family ties. Whilst there are such opportunities available there is much scope to expand and improve them.

Education and learning can equip prisoners with a skill and knowledge base to engage and build bridges with the outside world, both while they are in prison and on release. But not all initiatives within prisons underpin such positive outcomes. I have seen firsthand a number of initiatives that were ill-informed, ill-equipped, ill-delivered. There were many “one size fits all” programmes, focusing on offending behaviour, induction and resettlement that fitted nothing or nobody. This fuelled my desire to harness my education and opportunities to bring about change.

I left prison in 2019 and am now doing a PhD. Building on my own experience, I’m exploring how power-sharing initiatives and partnerships influence prisoners’ experience of imprisonment – whether positive or negative. The aim is that this research will provide a better understanding of how imprisonment is experienced to better inform these initiatives, so that they reflect the needs of the prisoner and support better outcomes for them.

So far, my research has revealed issues surrounding staff motivations, tick-box cultures and knowledge management – the process of creating, sharing, using and managing knowledge and information, which is often not harnessed purposefully. These combine to undermine initiatives and ultimately negatively impact prisoners. Yet there are also glimmers of hope. I am coming across many examples of good practice from staff and positive prisoner outcomes in terms of well-being and mental health.

If Boris Johnson’s government succeeds in introducing more draconian sentencing, it will mean more prisoners in the system. This extra pressure will require a Herculean effort to continue to support our prisoners on their journey through imprisonment and back to society. Society and government need to support this positive work in policy rather than undermining it through disproportionate reactions and fuelling fear and mistrust.

The men who saved lives on 29 November, and the many men and women who have come into contact with the criminal justice system, will often find themselves judged by their past actions. But if we want to reduce the likelihood of future harm by supporting positive change, society must view those people as they are now, rather than as they once were.

Author Bio: Ed Schreeche-Powell is a PhD Candidate and Graduate Teaching Assistant at the University of Kent