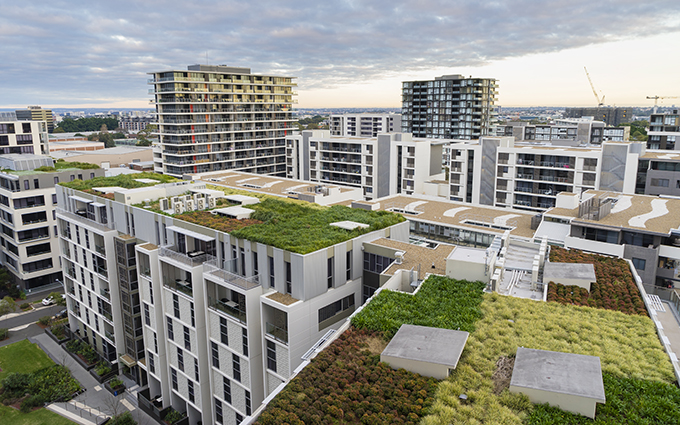 In cities we live more than half of the world’s population. This number will grow exponentially in the next thirty years. The urban population is expected to increase another 2.5 billion people by 2050.

In the cities two thirds of the world energy produced is consumed. In addition, more than 70% of annual CO₂ emissions are generated worldwide. These mainly come from the consumption of energy from public services, housing, transportation, food supply, etc.

Three out of four cities around the world will experience a dramatic change in weather conditions in the next 3 decades, due to global warming.

How will these changes affect cities?

Some consequences of this phenomenon will be fewer days of annual rainfall and more frequent heavy rains . This translates into more severe and lasting periods of droughts and floods caused by torrential rains.

The changes will affect cities around the world , both from rich and developing countries. But those cities that are not prepared to bear these consequences will be more affected.

The alteration of the rainy periods represents a serious threat to the functioning of the cities. They can affect both urban infrastructure and the quality of life of its inhabitants. 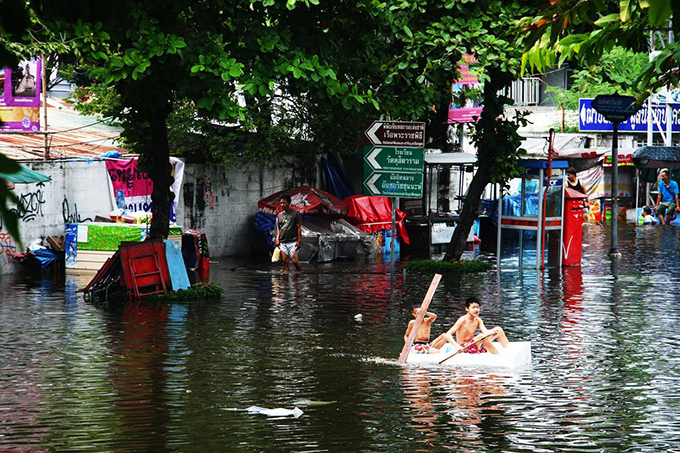 Children rowing on a flooded street in a city of Thailand. Terimakasih0 / Pixabay

Now more than ever, cities must make major changes to reduce energy consumption and the emission of pollutants. We know this shift towards sustainable production and consumption systems as urban transition .

Some strategies that could generate significant and large-scale changes to drive this urban transition are the implementation of technological solutions based on the efficient use of nature, better known as nature-based solutions (SBN).

Globally, one of the greatest efforts for governments to initiate the transformation of cities towards more sustainable models is the Sustainable Development Goals (SDGs) agreed by the United Nations on September 25, 2015. 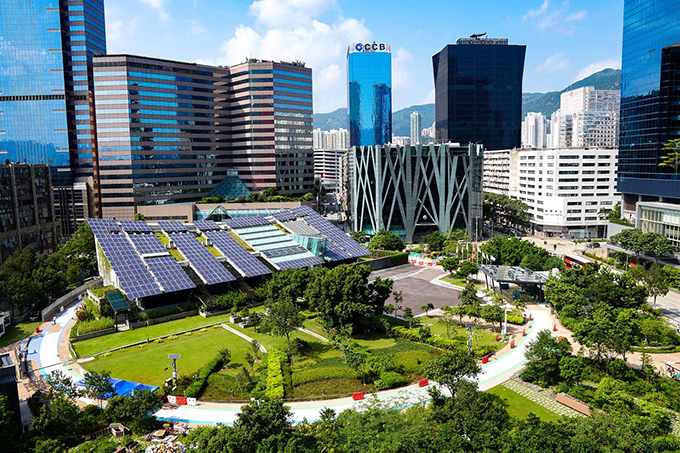 SDG 6 seeks to guarantee access to drinking water and universal sanitation. It focuses on the sustainable management of water resources, wastewater, ecosystems and recognizes the importance of adequate conditions to achieve it .

The current status of SDG 6 indicates that about 71% of the world’s population uses a safe managed drinking water service, while only 49% have integrated water resources management .

Considering these figures and contrasting them with the weather forecasts until 2050, it is possible to deduce that water management as a whole will be fundamental. And especially important in cities to avoid shortages during periods of drought and destruction by floods in episodes of torrential rains.

In natural environments, rain falls on permeable surfaces and penetrates the ground through a process called infiltration. But in cities, where most of the surface is pavement and asphalt, natural infiltration is limited. Before episodes of torrential rains, urban drainage networks may become insufficient.

At best, these systems can divert surface water to nearby rivers or streams and deteriorate the water quality of aquifers. In the worst case, they can cause devastating floods, such as those caused by the so-called high-level isolated depression (DANA), better known as cold drop, increasingly common in our country. 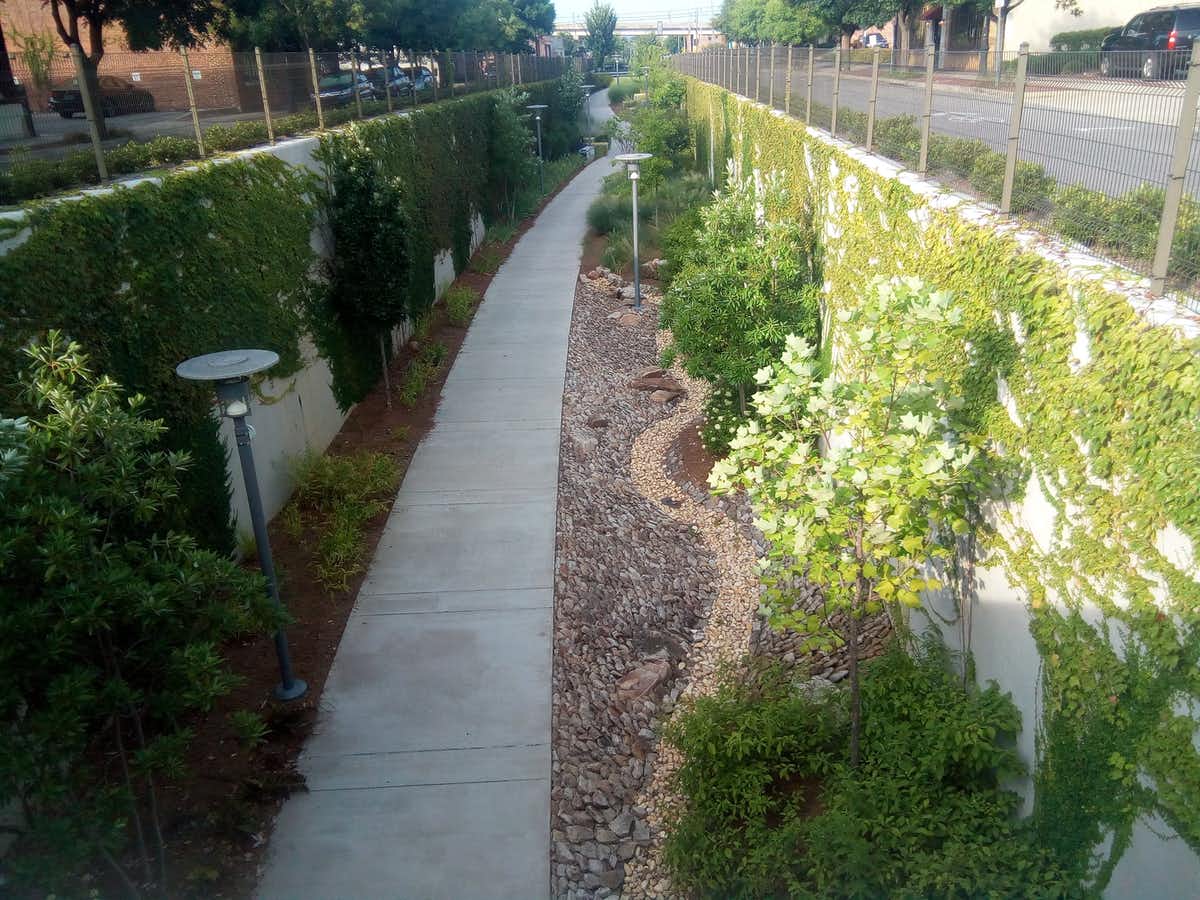 How do SUDS work?

SUDS are integrated by different techniques that derive the flow of water to retention and infiltration areas. As surface water flows through the system, the flow rate is controlled and contaminants are removed.

We call these techniques all management processes and can include the following stages:

1) Management at source. Decreases the volume of liquid entering the drainage network or river. It intercepts the accumulated rainwater on the roofs of buildings for reuse (for example, for irrigation) or for storage and subsequent evapotranspiration through plants (for example, by installing green roofs). 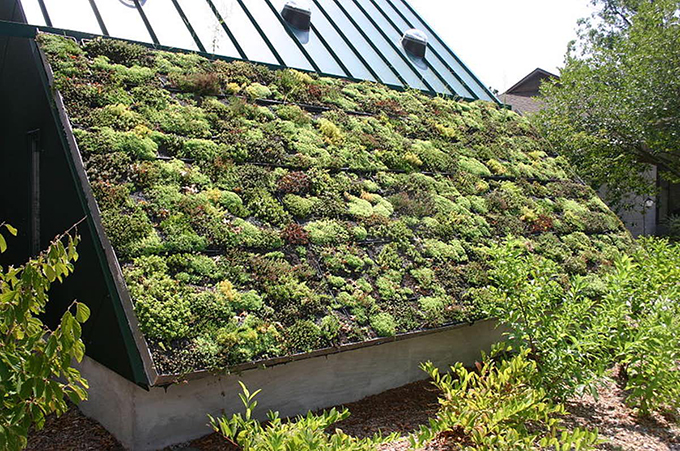 3) Management in basins. These retention systems delay the discharge of surface water to water courses by providing storage in ponds, retention basins and wetlands. 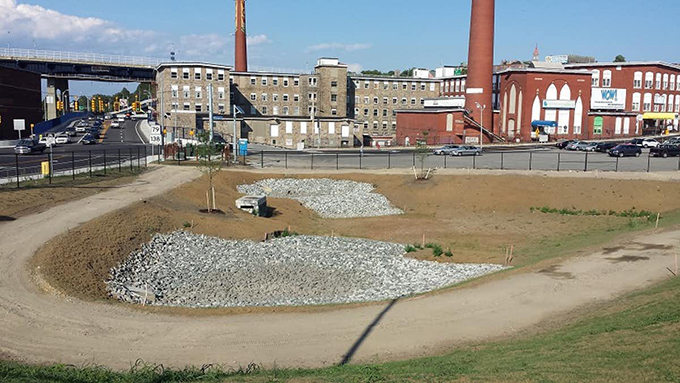 Where have they been tested?

In Europe there are many success stories of SUDS. Among them we can highlight the Bluebloqs system implemented in a neighborhood of Rotterdam (Netherlands). It allows the collection, treatment, infiltration, storage and reuse of rainwater. It is used to prevent flooding, in addition to providing water to irrigate the grass of the stadium of the Sparta football team.

Another example of SUDS is the storm tanks or tanks to store the first rainwater (which is the most contaminated) and then take them to purification stations. Madrid has more than 60 installed throughout the Community. The largest worldwide are those located in Arroyofresno and Butarque.

However, in these cases, unlike the Rotterdam example, the recovered water is not treated, stored or reused on site , but is redirected to purification plants.

Undoubtedly, nature-based solutions such as urban sustainable drainage systems will be transcendental for cities to adapt to climate change.

These strategies allow generating water resources within the cities themselves to be reused during periods of prolonged drought. In addition, they serve to mitigate the negative effects of climatic events such as heat waves and torrential rains.