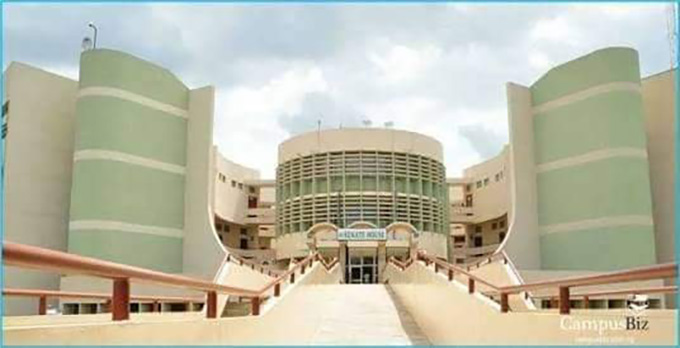 It may be odd to criticise the creation of Africa’s first transportation university. After all, who could object to an institution that will train thousands of railway and infrastructure engineers once it opens next year, particularly as it is funded by $50 million (£38 million) of Chinese money?

However, once you know that the University of Transportation will be situated in Daura, the home town of Nigerian president Muhammadu Buhari, its real political purpose becomes clear. The fact that Nigeria already has 152 universities, including several specialising in science and technology – not to mention 139 polytechnics – further underlines why this institution is entirely superfluous.

The University of Transportation is, however, unlikely to be a one-off. Nigeria’s parliament is currently considering more than 500 proposals for new universities, despite approving plans for 40 new federal universities back in 2015.

Moreover, this addiction to opening shiny new institutions is shared across Africa. In Ghana, a raft of new openings has pushed the university count up to 99, to serve a population of just 22 million. Even Botswana, with only 2 million people, has 35 universities.

Many observers will, of course, defend the expansion of higher education as an unqualified good, as it allows more young people to learn, expands the breadth of courses on offer and improves quality by breaking the monopoly of older universities. The reality, however, is less clear cut. University proliferation often leads to the unnecessary duplication of programmes, with new institutions imitating the curricula and teaching styles of older universities, rather than designing their own. Moreover, the new universities, both private and public, increasingly focus on the humanities and social sciences, since courses in these disciplines are relatively cheap to teach.

It is also doubtful whether many African states can support so many institutions, or the graduates that flow from them. Nigeria’s growing population of 200 million is often cited as a reason to build more universities – perhaps to the level of Brazil, whose similar-sized population is served by almost 900 higher education institutions, of which 127 are universities. According to the latest World Bank data, however, Brazil’s GDP of $2 trillion is roughly five times larger than Nigeria’s. Population growth is not necessarily a strong basis for university proliferation since the country must also be able to fund the institutions adequately and to offer a sufficient number of graduate jobs; just 10 per cent of Ghana’s graduates currently find a job within a year of leaving university, for instance.

University education can contribute immensely to the development of human capital, which can translate into economic growth and technological innovation. However, the emphasis must be on quality. That means substantial investment in teaching, research, student services and good governance. It means having well-stocked libraries, decent lecture halls and up-to-date computer laboratories. And it means recruiting and retaining skilled staff, rather than relying on part-time, semi-retired lecturers – or even completely unqualified faculty.

As such, it seems that the rapid proliferation of universities in Africa has been driven by politics, rather than any belief that it will spur economic growth or improve educational access. Some politicians, particularly in Nigeria, have sold the creation of new universities as a democratic dividend for the people – a compensation for many years of suffering under military dictatorship – and proof of social and economic progress. However, the real democratic dividend should be more political transparency, less corruption and the fair upholding of the rule of law.

Back in 2000, a World Bank paper described the expansion of universities in some African states as “unbridled, unplanned and often chaotic”. If anything, the situation has since got worse. Expensive vanity projects that amount to no more than a handful of shiny new university-branded buildings are no use to anyone.

It is time that African leaders listened to the academics who have long advocated, instead, for well-equipped, well-staffed, well-funded and well-monitored institutions. Only this route will allow African academics to play a proper role in their nations’ development.

Author Bio: Eric Fredua-Kwarteng is an educator and policy consultant in Canada.