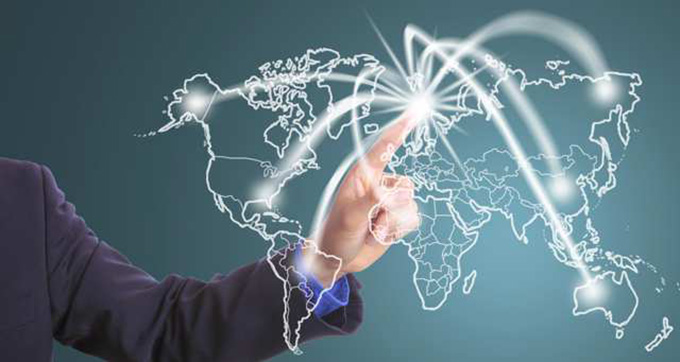 Last June, as I was leaving the polling station at which I had just voted in favour of the UK’s leaving the European Union, my eldest son was passing on his bicycle. He stopped to talk, but, on learning what I had done, he berated me, albeit jovially, mentioning in particular his difficulties in recruiting adequate UK staff for his niche in the electronic games industry.

Our encounter turned out to be a representative cameo of relations between the generations on this issue.

“I don’t get nationalism,” he said. “I have more in common with a Frenchman in my field than with somebody who just happens to be English.”

He had pedalled away before I could tell him that my opposition to the EU (among other international organisations) was not primarily nationalist but anti-internationalist. I would have added that such anti-internationalism has a long and impressive pedigree in liberal thought. But the last people you expect to listen to you are your own children.

I might also have made the point that my anti-internationalism was by no means unresearched. I was close to finishing a book, written with my friend Alan Tomlinson, titled Understanding International Sport Organisations: Principles, Power and Possibilities (since published by Routledge). We call them “singos” – sporting international non-governmental organisations – and class the most important and hegemonic of them, Fifa and the International Olympic Committee, as “mega-singos”.

It is not difficult to summarise their characteristics. In their basic workings, they are clientalist, in a sense that dates back to ancient Rome. Followers become dependent on established leaders who, therefore, tend to remain in power far longer than politicians in states with functioning electoral systems. They are extremely corrupt and have been protected from surveillance by Swiss locations and their continuing status as “cultural” and “social” organisations, rather than the businesses they really are. They claim the highest of moral high grounds, and their leadership becomes essentially messianic: the president regards himself (it has always been a “him” so far) as the embodiment of universal values that stand far above the petty self-interest of national political leaders.

The pomposity of many singo politicians can be jaw-dropping. I could quote many examples, but I will merely mention the hagiographic biography João Havelange (Fifa president from 1974 to 1998) had commissioned about himself, called Young Havelange. On browsing through it (no more is recommended), the reader might well ask whether even Vladimir Putin or Benito Mussolini would project himself as having been “like a young god”.

In many respects, the problem with these organisations is the context in which they operate. There is a massive deficit of accountability. Sports journalists, for the most part, have neither the skills nor the desire to penetrate the world of the singos, not least because their instincts are to protect both their own sport and sport in general. If the preposterous figure of Sepp Blatter, Fifa’s notorious president from 1998 to 2015, had been living in the UK and running an organisation along the lines he ran Fifa, journalists would have camped out by his front gate. His downfall would have occurred at least a decade earlier than it actually did.

Without doubt, sport is a case of an advanced global regime: what happens depends far more on international organisations and far less on states than in other realms. Yet many people would still see it as exceptional. If you were an internationalist – as the majority of academics evidently are, given their horrified reaction to the Brexit vote – you would certainly be reluctant to accept sport as the paradigm of the processes and institutions of internationalisation.

But let’s not dismiss the idea too hastily. Seeing how academic life compares to this paradigm is a particularly interesting case. There is no doubt that internationalisation has occurred in higher education. The first seminar I ever taught, in 1969, had seven people in it: six English and one very anglicised Pakistani. The last group I taught, in 2008, contained 25 people, among whom the Kazakhs outnumbered the English by three to two. Academia doesn’t operate under a developed international regime analogous to that in sport (although there are plenty of what we might call micro-regimes, such as the Bologna Process of European integration). Yet some of the classic liberal arguments against internationalisation apply to more informal processes as well as to formal organisations. The most important of these is the “lowest common denominator” phenomenon, which sees well-defined national practices undermined by the need for international compromise.

We are not talking here about the clear and risible examples of corruption now, belatedly, being recognised as constituting a firm feature of international sporting organisations. When I was a young lecturer, I was once subject to a fairly basic attempt at corruption when a national of an Asian country from another department came to persuade me to accept a compatriot as a student. He wanted me to lunch with the applicant’s father, said to be extremely rich, pointing out that I might gain from the experience in several ways and that the university would be grateful to me. The applicant did not appear to be well qualified, and I responded fairly pompously.

Looking back, there is a good deal of irony about this incident because, not long afterwards, the early Thatcher government removed the limits on numbers and tuition fees for “overseas” students. A few years on, the applicant would have been readily accepted – along with many others – for the money he brought in.

On occasion, this dynamic had laughable consequences. A good example was when I found myself giving solo supervision to a student from South Korea who clearly did not understand a word of English. He had been admitted on qualifications that turned out to be fake and had survived for more than a term by nodding and smiling and getting other people to write things for him. An embarrassed sense of international goodwill may also have made it difficult to tell him the obvious truth about his language ability. And, to be fair, the University of Warwick excluded him and subsequently tightened its procedures in several respects.

But, in general, it is undeniable that assessment procedures have loosened up considerably since Thatcher’s liberalisation, and that students now receive awards that they would not have achieved under the very tough, scrupulous system of unseen, timed examinations that existed when I first knew universities. Having accepted students into the system and taken their money, you have to give them a fair chance.

At the doctoral level, this takes the form of proactive supervision. I was entirely complicit, so I will give a personal example that is only slightly more extreme than many others I could cite. I discovered that a candidate I was supervising, a very nice man about whose chances I was fairly pessimistic, was separated from his family and was cleaning lavatories to make ends meet and to pay his fees. I made sure that he got value for money, but I remember feeling concerned as well as extremely happy when I was congratulating him on his new doctoral status.

Vaguer, but also more important, is the question of academic culture. At the heart of university culture as I first knew it was the idea of personal intellectual development, defined by an ability to put forward and defend one’s arguments, both in writing and in class. My most memorable moment in that respect was a discussion I had with a young woman from China. I was in a pastoral role and she was disturbed by criticism from one of her teachers that her work had merely described a body of academic writing without taking a stance. She wanted to talk about the sheer volume of writing she had absorbed, and the distinction and longevity of the writers. How on earth was she, a poor girl on a scholarship from the Chinese government, given only a week on the topic, supposed to come to a personal view? And who in their right mind would be interested in it? I fully understood her Confucian humility, but that wasn’t what we were about. And I fondly recalled a student from my early days who dismissed an entire reading list as “bourgeois bollocks” without necessarily having read much of it.

Of course, if standards have declined in these areas, it hasn’t all been down to internationalisation. The expansion of universities more generally, as well as changing educational philosophies, have also played their part. However, in a university such as Warwick, which was both highly ranked and highly international, I do think that internationalisation was the main factor. There were many conversations with frustrated home students – as well as with those from similar cultures – about how, in their international group, the intrinsic intellectual interest was always being subverted by the deferential and instrumental expectations of certain overseas students. They were rightly afraid of being considered racist if they gave vent to their frustrations. The (then) president of the National Union of Students once accused me of being a racist on a radio programme just for raising these matters. But, of course, I wasn’t talking about race.

In some ways, I should be the last person to complain about the internationalisation of academic life. I gallivanted (my wife’s word) around more than 50 countries for academic purposes. I held forms of visiting professorship on four continents. I was the university’s South Asia liaison officer, in which role I recruited overseas students. I knew the warm glow of cosmopolitanism that comes over a chap when, post-conference session, he is walking with Helga and Luigi towards the restaurant where Markus has booked us a table. But I do think that there are good reasons for a much more critical and sceptical understanding of the internationalisation of universities. And these are reasons we have substantially lost sight of because that warm glow of cosmopolitanism works on the same side as the cold reality of cash.

Author Bio:Lincoln Allison is emeritus reader in politics at the University of Warwick. His latest book, Understanding International Sport Organisa­tions: Principles, Power and Possibilities (co-authored with Alan Tomlinson), was recently published by Routledge.