Translations can change the course of civilisations. Caliph al-Mansour’stranslation project, begun in the eighth century and accelerated under his grandson Harun al-Rashid, made available in Arabic scholarly writings from Greek, Aramaic, Persian and Indian sources, and laid the foundation for the flowering of science and philosophy in the Islamic world during Europe’s Dark Ages.

A second translation project, from the tenth century onwards, was in the other direction, from Arabic to Latin. This one was based on Toledo in Spain where for a while Christianity and Islam overlapped, and where Gerard of Cremona translated the work of Muslim mathematician al Khwarismi and Persian philosopher-physician ibn Sina, as well as Arabic versions of works by Ptolemy and Aristotle.

It refreshed Europe’s contact with classical learning, while also conveying what was then current scholarship. It was the pathway through which Christian Europe rediscovered Aristotle, while the clinical expertise of ibn Sina (also known as Avicenna) was mentioned in Chaucer’s Pardoner’s Tale.

Happily, if belatedly, another translation project is now underway, from English to Arabic, focusing largely on science-related topics of general interest, with special attention to evolution.

Why evolution? Not only because of its central role in modern life sciences, but because the response to evolution is a test of willingness to accept reality. Not just to accept that sacred texts require interpretation, but that human beings are part of nature. And because the teaching of evolution is under attack in the Arabic-speaking world (as it long has been next door, in Turkey, where last June it was dropped from the curriculum).

Acceptance of evolution is low throughout much of the Islamic world. In Saudi Arabia, school texts describe Darwin’s theory as blasphemous and unscientific. In territory controlled by IS, the teaching of evolution was banned.

In July, IS was finally driven from Mosul, its last major stronghold in Iraq. In August, Iraq itself dropped evolution from the school syllabus, on the grounds it was overcrowded and that the subject was never really taught anyway.

In early August, I wrote a piece for The Conversation on how to present evolution in the face of politically motivated misdirection. As a result, I found myself translated into Arabic, invited to comment on the Iraqi situation, befriended on Facebook by numerous people from Iraq, including battle-ravaged Mosul, as well as other Arabic-speaking countries. Then I was contacted by the Iraqi Translation Project, who have since translated several of my pieces into Arabic.

The Iraqi Translation Project (ITP) is one of several similar projects that have sprung up in recent years, spurred on no doubt by the disappointments of the Arab Spring. The potential audience is enormous; these projects keep well-curated Facebook pages, and according to the Dubai-based Arab Social Media Report, there are over 150m Facebook users in their target areas. 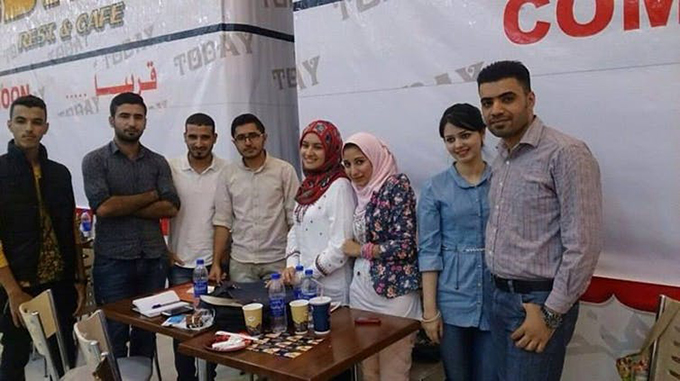 Volunteers at the Iraqi Translation Project in Baghdad. Author provided

Dubai’s Global Initiatives, which seeks to improve the Arab world through humanitarian, developmental and community work, has written in praise of these projects. This only makes it all the more dispiriting to note that in Dubai itself, and throughout the United Arab Emirates, evolution is about to be phased out of the school syllabus.

The co-founders of ITP, several of whom are also involved in Real Science, include Hassan Mazin Alkhayuon, currently a PhD candidate in applied mathematics at the University of Exeter – and my own main contact with the project – a biology teacher, a construction engineer with experience in popularising science, a surgeon and an English literature graduate.

ITP translates cultural articles, videos and documentaries, with particular concentration on science-related digital materials for a general audience, of which there is a severe lack in Arabic. The project runs entirely on a voluntary basis, and currently has over 50 active volunteers, including some qualified or qualifying as a translators.

Archive for the future

The longer-term ambition is to set up a professional translation project that will inspire young Arabic-speakers to play their full role in today’s world. The project has managaed to attract some high-ranking support. Neil Shubin, discoverer of Tiktaalik (the “missing link” between lobefish and amphibians), gave an interview on his motivation as a scientist. His book, Your Inner Fish, is one of my favourite accounts of evolution science, and ITP has provided the documentary version with Arabic subtitles. 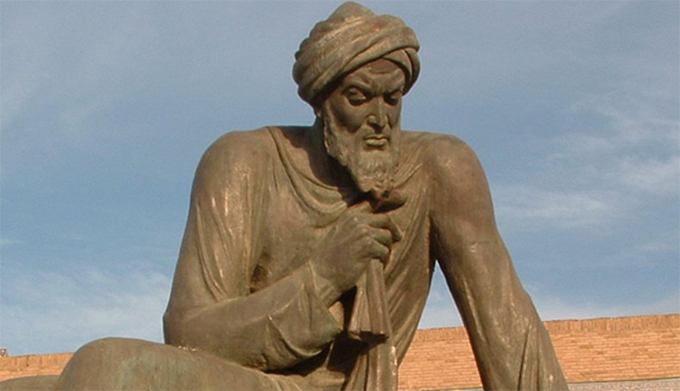 The Muslim mathematician al-Kwarisimi, whose works were translated from Arabic into Latin by the Spanish in the tenth century. famousmathematicians.net, CC BY

So far, ITP has translated over 2,000 articles, 60 documentaries and 150 videos. Topics cover a wide range of subjects, from Sumerian civilisation, gravity waves and political secularism, to female philosophers and interbreeding of modern humans with Neanderthals and Denisovans.

The project does not shy away from sensitive topics, although of course publication does not imply agreement, and recent posts discuss anything from the nature of religious belief to the politics of separatism in Catalonia and Kurdistan. Evolution is one of the most popular subjects, with the first instalment of Your Inner Fish having received over 90,000 views since August 2016.

The glories of Arabic science in its heyday are now widely recognised in the West, and the reasons for its decline are many and complex. If that decline is to be reversed, change must come from within, and the Iraqi Translation Project, and the movement of which it is part, are encouraging signs that at last this is beginning to happen.