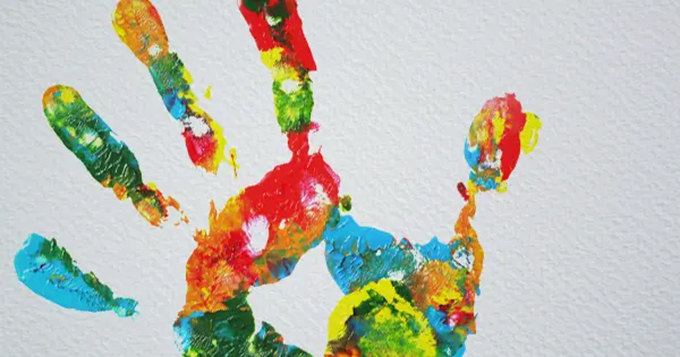 At a time characterized by polarization, the educational dialogue is held hostage by those who obtain revenue from the confrontation and prioritize disputed issues, ignoring the existing consensus.

In this way, there is a fracture between society and education experts who do not occupy the place they should in the debate where the talk shows many times replace the voice of professionals and protagonists.

Certain topics that involve the central axis of the discussion do not have great improvements for the educational system or are considered to be surpassed by the academic community.

Public debate, sometimes marked by confrontation, largely ignores existing agreements. Agreements such as the 155 points that the majority parties managed to assume (temporarily) during the mandate of Minister Gabilondo or those that emerged in the Subcommittee for a pact for education in the Congress of Deputies .

Moving towards the ideal and apparently impossible educational pact should not serve as an excuse for not working on the issues on which there is consensus through the sum of agreements. This idea was reflected in the ESADE Policy Brief , where different experts pointed to measures that had a high degree of political and academic agreement (PROA plan and MIR for teachers).

Recently, a proposal on educational reinforcement in small groups for the students most penalized by the closure of schools during confinement managed to be included in the General State Budgets, thanks to the support of parties as diverse as the investiture partners and the opposition . These cases show the existence of cross-cutting aspects that have great support in which it is possible to advance in the improvement of education.

Concern for the first cycle of infantile

As a paradigmatic measure with great technical and political support is the need to increase the coverage of the first cycle of Early Childhood Education (0-3 years) making this stage more inclusive, affordable and of quality. This account, in addition, with the support of the European Commission and different institutions such as the UN , UNESCO or the OECD.

In this measure, three effects concur: profound improvements in the last two decades, the coincidence in practical terms of two theoretically antagonistic positions, and the role of supranational entities in shaping the policies of nation-states.

At the political level, taking as a reference the programs of the previous general elections, most of the parties include explicit mentions of the first cycle of Early Childhood Education, either through checks and grants (ERC and PP) or by promulgating the gratuity and universalization of the stage (PSOE, Cs, Unidas Podemos, CC). Obviously, through the analysis of the programs it is difficult to determine the real and transforming significance of the measures that each one proposes.

The parties that are part of the governing coalition gave it vital importance to the point of including it in the coalition agreement and being one of the fundamental measures of LOMLOE .

The most critical sectors distrust and consider that more than a consensus there is coincidence or convergence. That is, currents of thought that conceptualize the stage, its goals, objectives and priorities differently, but reach conclusions in similar practical terms.

On the one hand, there are those who consider Early Childhood Education as an extension of the right to education contained in Article 28 of the Convention on the Rights of the Child. This right would appear from birth , given its impact on the development of the individual.

Different works show the impact on cognitive and non-cognitive aspects such as creativity, personal autonomy, work capacity or socialization. In addition, these benefits are greater in those minors from more disadvantaged socioeconomic and cultural contexts , who paradoxically present a lower rate of schooling , given the voluntary and not free nature of this stage.

From this approach, public policies should focus on developing a wide public offer with sufficient funding to correct the current inequalities associated with the socioeconomic profile of families.

On the other hand, there is a trend that highlights the benefits of child schooling from an economic point of view, since it contributes to family conciliation, reduces the costs derived from the loss of talent, improves future wages, reduces early school leaving , favors female work activity and improves academic results ( PISA , TIMPSS ).

In addition, it constitutes the educational stage with the greatest potential to reduce social differences throughout life and the highest returns in terms of cost-effectiveness of the investment .

Both positions contribute to conceiving Early Childhood Education as a key predistributive strategy in compensating for inequalities of origin and generating educational opportunities.

However, as a result of each approach, sometimes the details differ in the admission criteria (more focused on reconciling or compensating inequalities), in the forms of service provision (direct versus indirect management; primacy of economic or pedagogical) or measures to expand the system (public system, direct aid to families, school vouchers or aid to private entities).

In any case, it is necessary to point out that, even though there are public policies clearly identified with an ideology, there is no univocal correlation between autonomous governments, ideologies and policies, except in a few cases.

The great consensus generated around this issue has been reflected in the greater expansion of the educational system in the last two decades, going from a net rate of schooling in the first cycle of Early Childhood Education of 8.9% in 2001 to 41% in 2020, partly thanks to the Educa3 plan .

This trend has occurred in all the autonomous communities, although with different scopes, dimensions and models given the sociodemographic disparities and the starting point of each region.

Today there are challenges to overcome such as quality gaps between types of centers, territorial differences, absence of uniform regulation, differences in access associated with the sociocultural level, the conditions of workers, etc.

However, the future looks hopeful given the alignment with European policies and the role that the recovery fund and the European social fund could play in creating new jobs, especially for the most vulnerable groups.

Consensus on the weaknesses of the educational system

Prioritizing these vital aspects over other more superfluous and controversial ones is essential for the necessary progress to take place. It is inevitable that the educational debate contains an important political charge, since it reflects the model of society and individual to which we aspire, but not that it is impregnated with partisan discourse that prevents reaching agreements and obviates the voice of the educational community.

For this reason, while we walk or renounce the great educational pact, it is urgent to address the reforms necessary for education in the 21st century on the possible consensuses and the empirical evidence always thinking in the long term. Discuss the ideal, while we work with the real. Advance in the good while striving for the optimal.