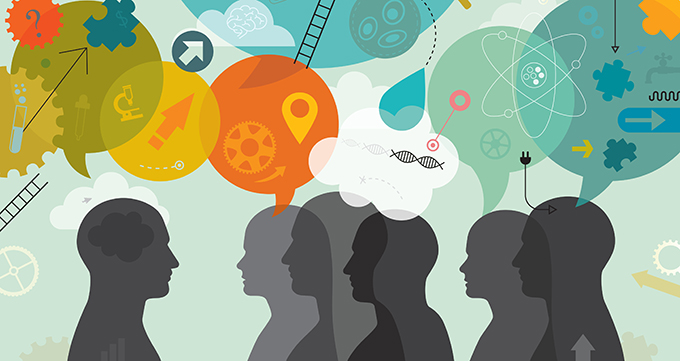 Public engagement is usually understood as the efforts by scientists to come down from their ivory tower and engage with non-academic audiences. In other words, you explain, usually in plain in a simple language, what you do and why this is important for society.

However, after years of training during which you have been domesticated to think that complex is good and there is nothing objective or definitive, this noble task might become a pure nightmare.

You may, like me, come across public engagement as a side effect of your work. Like me, you might ask yourself what sins you have committed in your previous life to be asked to ‘engage’, but there is little escape. If your university or donors ask for it, you simply have to do it.

When my first project was funded, I feared that I had bitten off more than I could chew. I felt I was jumping into the dark, having to convince other team members to engage with an obscure activity far removed from my priorities at that time.

I also wondered if anyone outside academia was interested in our kind of research. Of course people are interested in someresearch. For instance, if you do research on illnesses, you can give advice on how to reduce the risks of a medical condition and people will apprehensively listen to you. If you are a psychologist, you can intrigue people with an explanation on how our brain gets stimulated by some events or some irrational decisions are made.

But I am a social scientist focusing on Eurasian studies. But why should people be concerned by how many bribes are paid today in Armenia? Or read about a Turkmen president disseminating golden statues and marble buildings around the capital?

Anyway, when you promise you must deliver.

At our first open events nobody but us showed up. We even flew a London-based director to Germany to show and debate her latest documentary on Azerbaijan. But the discussion stayed within “the family”.

But then at the peak of the 2014 Russian-Ukrainian political crisis, our partner in Scotland found a school teacher who thought this was an important topic for her 10thgraders and a few of them joined our conversation. This was not exactly reaching “wider audiences” but it gave me a clue. You need to engage with your public, in person andelectronically.

I realised that what I had to do was to open a social media account. Months after my first tweet, I kept on wondering why nobody liked my tweets or followed me. After all, I was doing interesting stuff, I believed. Why wouldn’t people engage with me?

Failure after failure. Then I finally started realizing that people will engage with you if you engage with them. If you are lucky enough to be Brad Pitt, people will look for you on social media. But until you become Brad Pitt, you need to do the first step to get yourself noticed.

There is advice is out there but people will tell you how things have worked for them, not for you. You need to tailor their advice to your case. There is no right or wrong way but there are ways that suit you better at some stage. Here is what I have learned, sometimes the hard way.

When I wrote my first “public engagement” strategy, I was a long way from the idea that there is not one “general public” but many. People who read newspapers might not read specialized magazines, spend time on social media or watch TV. The question here is not how to reach everyone but  this –  Given the resources I have at my disposal, how can I maximize the visibility of my project?

Lesson 1: quantity is not quality.It is nice to think that your work will interest thousands, or even millions, of people. But is this really what you need? When I bought my first Facebook Ad I was mesmerized by the number of likes my post got, but deceived by its low general impact. Putting in the wrong keywords allowed me to reach many nice people who liked the post but were not necessarily interested in my research. By contrast, a colleague once said: I have only 4000 followers on FB but some of them are ministers and public servants so I am confident my posts reach some of the “right” people.

My conclusion: To get widely known you might need just one share or retweet by the right person; a single high-level politician or analyst who reads and acts on your work, or one journalist who invites you to a national evening show. But you need to get to them, and this is something to be done both online and offline.

Lesson 2: Learn some basic wordpress, and identify the most suitable social media for you,those where your potential audiences might be, or simply the ones you enjoy the most since you’ll be better at these than at those you hate. Websites, and social media accounts, are now like business cards and virtual business addresses, where people will come and look for you.

A challenge for project-based websites is that, once funding is over, you have no more resources to maintain the website. Should this happen, you can keep the website alive by migrating it to your institution’s webpage (if they allow this, not all do). Likewise, once a project is over, you won’t have time to feed its social media anymore. But you can rename the project social media account into a) your new project; b) a general topic you are currently working on. This way you will start with an already existing body of followers.

My conclusion: As they say “if you want things to be done properly, do them yourself”. You can delegate tasks as long as you are able to explain them to the others. But it will be much easier if you have some understanding of the task. There’s no worse leader than those assigning tasks “blindly”, that is, not knowing how things are done or sometimes not knowing what they want (link to seven red lines video). Delegating a task means to pass on your vision, not just “get things done”.

Lesson 3: Engaging with 2000+ people will please your donor. But is it only numbers that count?Why bother holding a session at a local school or cultural association for only 30 school pupils or members of a club? Well, impact is not only quantitative but qualitative. Sessions in person allow you to follow-up with people who do attend, establish rapport with organizations, meet motivated people and learn yourself. In addition, it may be more helpful than you think. I will never forget bringing some Laotian and Cambodian activists to a youth center in a marginal town that had never hosted people from SE Asia. The memory (impact) of our session stayed with these local youth for a long time and motivated them well beyond my expectations.

My conclusion: find a compromise between what the donor requires you to do and what your heart (and intuition) tells you. Many of my non-standard activities have been praised by the donor post-facto. My contact person at the funding agency was sometimes impressed by our team’s  creativity and this possibly helped inform new approaches in their guidelines on how to increase impact

Lesson 4: Identify already existing events you can then participate in(i.e. science fairs or cultural events). If a university is hosting a researcher’s night or a science week, you can surf on their publicity and count on several hundreds of people already there for other events. It might even be cheaper, less time-confusing and generate more impact, to buy a space or agree on a session within the frame of a larger event.

Lesson 5: Investing in non-academic dissemination may also enhance your academic visibility. I enjoy writing articles for blogs, newspapers or magazines. These not only read well on grant applications but increase my reputation and visibility with colleagues. Condense findings in 1000 words, contact some popular outlets, then tweet about it. Academics read newspapers too – and it is easier for colleagues to read a short piece than a whole article, just like the public. If colleagues do not find out about you through their usual searches on databases, you give them an “ extra chance” to learn about you in their leisure time, when they finally get round to reading newspapers.

My Conclusion: make a list of possible outlets and update it regularly. Establish a rapport with editors so you can get an answer quickly when you propose an article. Differentiate audiences by publishing once here, once there.

Write, write, write. Academics do not automatically know how to write popular science. You will need to show that you can simplify your language

Lesson 6: liaise with media.Interviews with media are pure gold. You get more visibility with a 10 minute interview on national TV than by spending hours promoting your latest book. But it is difficult to get there. First, because gatekeepers are difficult to approach; second, because with few exceptions, it is difficult to interest large audiences in science. However, once you manage to get in, you may become the authority in the field. Nobody then asks you how many peer review articles or books you’ve published. You are the expert on that topic and your opinion counts.

If you do not like to be in the media, or do not know any gatekeepers, it is useful to have someone in the team who regularly appears on TV or in the radio. Meanwhile, it pays to monitor the news, to learn who deals with your topic and to know when your topic becomes hot and it is easier for your work to get noticed.

My Conclusion: connections, here as in all aspects of life, are vital. For some time, I was a regular guest of a Deutsche Welle talk show with an audience of several thousand people simply because a friend asked me to replace him on a talk show once. Then the channel inserted my contact details in their database and I was often asked back.

Dissemination requires an initial significant investment. But usually it pays back. You and your work gain visibility. You contribute to the society you are in, which is a moral obligation of scientists in my view. And you write realistic dissemination plans that reflects your team actual capacities. You understand your limits, what you like, and are able, to do and what you can expect from peers and project partners.

True, dissemination is not proper science, to frame it snobbishly, but it’s like whiskey. Once you identify the flavours you like, you will enjoy it.