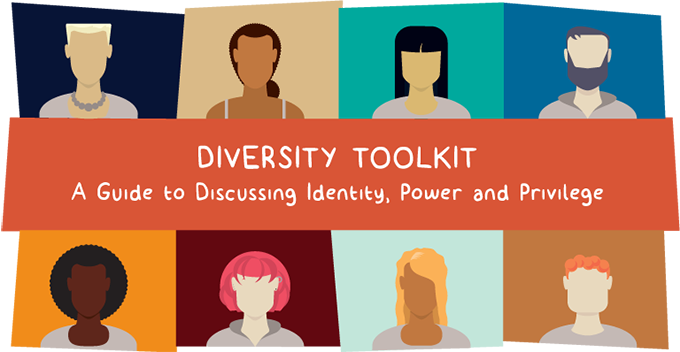 Of all the corrupt, money-sucking fiefdoms on campus, none is more dangerous than the Diversity fiefdoms. Most people think our campuses are divided into departments and those certainly exist, but the departments only generate revenue for the school, providing classes for students to take. Much of that revenue pours in “institutes,” little fiefdoms which few, if any, students know about, and are given such a blank check to spend money that it’s not unheard of to have multiple embezzlement schemes in the same fiefdom.

These places are also hotbeds of Social Justice Warrior activity, and are generally packed with “NPCs” all thinking the same thoughts and chanting the same words. Recently, a Diversity fiefdom at Amherst college, the Office of Diversity and Inclusion, released a guide to have shared language about identity. I’ll just say “I can’t make this stuff up” only a single time, right here, though so many of these “definitions” are beyond belief as well as my apparently quite limited imagination.

I want to point out from the above, these aren’t the ramblings of some late-stage psychotic alchemist or something, a group of lunatics actually thought about what they were writing, considered it, and published it. Granted, these people are self-evidently insane…but I feel like picking on them all the same.

Accomplice: A term coined by Indigenous Action Network to critique the ways in which “ally” as an identity term has been deployed absent of action, accountability, or risk-taking.

Is that really the definition of accomplice the gentle reader is familiar with? I’m not even sure what’s trying to be said here. Keep in mind, they thought about this new definition, and thought it superior to the usual definition of the word.

Collusion: Thinking and acting in ways that support dominant systems of power, privilege, and oppression. Both privileged and oppressed groups can collude with oppression. Example: Able-bodied people who object to strategies for making buildings accessible because of the expense.

Whew, good thing there was an example there. Seriously, how does anyone think like this? Maybe this is why the Russian “collusion” investigation fell apart? Even when the definition starts out pretty clear, they toss in extra stuff to create confusion:

As near as I can tell, these aren’t so much definitions as they are total crap something else. For the most part, this guide is just weird, but sometimes it goes off the deep end:

Myth of Scarcity: Used to pit people against each other, this is the fostering of the belief that resources are limited…

The “belief” that resources are limited? Seriously? Yes, they’re serious. I hardly know how to manage the cognitive disconnect here. If they honestly believe resources are not limited, then how can they ask for affirmative action, inclusion, reparations or anything else? What does it matter if there are infinite resources?

It just goes on and on:

Reverse Oppression: There is no such thing as reverse oppression….

?????????? They literally define an existing term as not existing. The “definition” of this alleged non-concept finishes with an example of it not happening:

…women cannot be “just as sexist” as men because they do not hold political, economic, and institutional power.

Wow, Hillary Clinton never held any political power as Secretary of State? No institutional power in The Clinton Foundation? What? I’m just so puzzled here. The term Social Justice is used often, and thankfully (?) the guide gives us a huge definition:

1. An anti-oppression orientation to social and political organization.

For this first part, note how “social justice” usually leads to anti-white discrimination. I’d call this reverse discrimination, or reverse oppression, but apparently that doesn’t exist. Good thing I have this guide to assist the way I think, Orwellian-style. The definition continues:

2. The process and goal of addressing the root causes of institutional and structural “-isms.”

We’ll have to get to ‘isms’ later…but how can you address them without oppression?

3. A vision of the world where all groups of people can live (and be perceived) as fully human on all levels (personal, social, institutional, and structural).

Huh, isn’t this a bit circular? I mean, if they are people, they’re human, right? The fourth definition is long, and completely demented. I’ll edit it down for semi-coherence:

4. A vision of the world not rooted in the dominance of any one group…not be rooted in a scarcity model that devalues things that are abundant…and highly values that which is scarce or rare.

This is a viable model? Human reality has always valued the scarce over the common, it’s how things have worked for thousands of years. I really want to point out that all communist movements make the above claim and, in short order, food becomes very scarce, every single time. What also happens every single time is this scarce commodity only ends up in the hands of the people at the top. You’d have to be a lunatic to think of this as a “model” humans should pursue, and yet we have a whole fiefdom here which thinks this way.

So let’s get to those –isms. Ageism is simple enough, but things quickly turn weird:

Cissexism: the system of belief that cisgender individuals are the privileged class and are more natural, normal or acceptable than transgender, genderqueer, nonbinary, and/or gender-nonconforming people. This believe manifests as denial of rights to trans and nonbinary people and their routine mistreatment.

I’ve mentioned before that words like “normal” and “natural” are well-defined terms, and absolutely apply to what this manifesto is referring to as cisgender (i.e., heterosexual) people. As far as rights, well, we do have a system of law here, I really don’t think people who are not cisgender are “routine” in having such rights denied. It’s an unsurprising definition, since the insane often have hallucinations.

If you ever want to know what racism is, the guide provides a huge definition. Hysterically, this definition includes the unequal distribution of resources—fundamentally impossible if you believe resources are infinite. Again, mental inconsistency is par for the course for the irrational.

It’s a 40 page guide, and after a mere 8 pages I feel much stupider for reading it. I will not continue. I only include the link for the particularly iron-willed to peruse. I have my doubts concerning the ability to get useful information about the lunatics slowly taking over our campus, for one simple reason: these people are nothing if not hypocritical. They don’t believe or adhere to any of this stuff the second it doesn’t suit them, ever.

That said, the link is very hard evidence that such maniacs really do exist on our campuses, and are paid huge sums of money to come up with this dross. They’re paid from the student loan scam. End it.