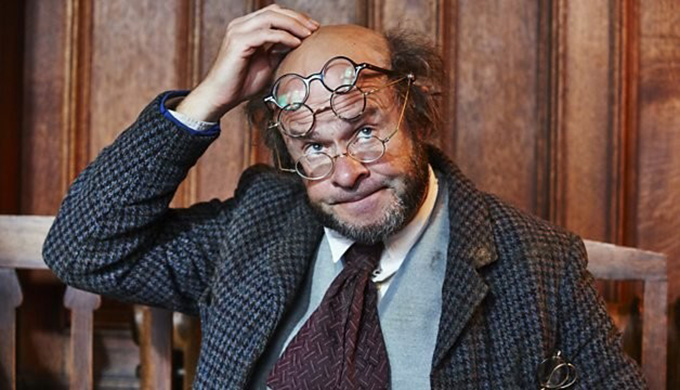 The professor started the seminar with an instruction. If students wanted to succeed, they’d have to learn to think like her. She distributed a copy of a sonnet she had annotated: students would be required to annotate their sonnets in her way and turn them in throughout the course for credit. In the second week, she noted that students were dressed too casually for a seminar – she wasn’t wearing jeans, after all. If they were truly serious about succeeding in the course, they’d have to dress more professionally, like her. Sporadically throughout the semester, she distributed clothes catalogues that she had received in the mail, with items circled for them to purchase.

The students dutifully turned in their annotated sonnets and some maxed out their credit cards on new clothes. Yet reading sonnets and dressing like their professor ultimately brought no favour. Her comments on papers were unhelpful and scathing: she’d write “stuck-up” next to a student’s attempt at academic diction or “stupid” next to an interpretation reliant upon Jungian archetypes. And students couldn’t get an actual grade from her when they tried. She would only tell them they had earned a “conditional pass”, which, she quickly added, could be permanently revoked. By the end of the semester, they didn’t care what grade they had earned – they never picked up their final papers – and just wanted to be done with her.

I’ve tried to rationalise her antics. Perhaps her good intentions had gone wrong. Perhaps she saw herself as holding the line against declining standards, or as putting the university’s mission into practice. But none of this seems persuasive, given the damage caused by her abuse. Whatever her intention was, her tactics revealed a desire to dictate, to badger and to bully: to turn students into subjects under her dominion. As one of her students described her, she was, quite simply, a control freak.

Academe is filled with obsessives and eccentrics – its “stratospherically intelligent semi-crazies” are part of its appeal. It’s a place where intense motivation and laser-like focus can do a lot of good: it can draw students into disciplines, generate new knowledge, bring personal and institutional acclaim. It’s a world of extremes. There’s the dotty professor who is so busy fine-tuning his laboratory experiments that he completely ignores the rest of the world. But there’s also the professor at the other extreme: the one who sees his students and colleagues as subjects to be manipulated and micromanaged. There seem to be fewer dotty types around than when I entered this profession. But with each year I work in higher education, the manipulative types seem to multiply.

Such control freaks are academe’s tornadoes: grandiose, empty at their centre and destructive to everyone in their path. They are merciless graders, impossible colleagues and exacting administrators. They delight in constructing labyrinths in which they can praise do-gooders, coerce the recalcitrant and manufacture a disobedience that requires punishment.

Take, for example, an electronic use policy from a syllabus posted on Twitter as an example of control freaks’ bad practices. “I’m asking you politely to not email, text, photograph, call, Snapchat, message (etc.) anyone during class, ever,” it begins. Any students who require the use of a computer during class must write a “formal, signed letter which I [the professor] will keep on file”, in which they promise to turn off wireless access every class period and that they “will not be on the net, ever, emailing, messaging, photographing, checking Facebook or any other site while the class is in session”. “Failure to adhere to the contract” will result in a reduced grade and counts as a “failure to respect” the wishes of the professor.

This policy offers insight into how control freaks construct their world. The syllabus is an edict. The letter is a contract. Failure, not of an intellectual but of a moral variety, is what frames the course. You can hear a whip cracking with every “ever”. Is the professor really asking politely? Not when using a computer in class is taken as a certain sign of disrespect.

You are a student and on the first day you are handed this. Where is the invitation to learn? Instead, the syllabus is an attempt to construct a classroom in which students succeed by demonstrating what writer and activist Audre Lorde once described as a “passivity that is very close to oblivion”. Practice, the necessarily messy work of learning, is impossible. Indeed, there is nothing to learn because learning is beside the point. The point is power.

The torments of higher education’s control freaks make an indelible impact. I see their effects in people’s nervous tics throughout the everyday life of the university. A job candidate once asked me at the end of an interview, in all seriousness, if I had noticed that the bows of his shoelaces were asymmetrical: his perfectionistic adviser had pointed this out as a mortal flaw in a mock interview. A colleague once caused a 15-minute delay to a meeting as she pulled each staple out of a document and restapled them at the exact angle a controlling former chair had insisted upon.

Where do these control freaks come from, I’ve asked myself. The emotional pressure cooker of higher education offers an answer. Overachievement is the norm we are measured by. We advise graduate students to write dissertations that will not only pass muster today but be “hot” years from now, as if we have control over the future of international disciplinary trends. The job interview is an opportunity to haze and terrify. For those on the tenure track, higher education’s fetish of assessment turns the urge to control up to 11: you can’t be just good enough, you have to be excellent, and not just at one thing, but at all things. (I once witnessed a group of tenured scholars draw up a list of “quality” publications to determine merit pay for junior faculty, none of which their tenured selves had yet been accepted in.) With so many people inventing new standards and then lording it over us, it is little wonder that we may try to turn the classroom – the one space where we feel we have agency – into our own personal empire. Yet doing so offers no relief from academe’s structural toxicities. It only emulates them in the most superficial and spiteful way.

The control freak lives a life of choreography without dance, rhyme without poetry. Their world is one of ideals turned into whips. We need to resist a world in which professors cannot sing, cannot laugh, cannot display a moment of vulnerability or pleasure. It’s a world that threatens to gobble us all up. Even administrators are not immune. When an interim chancellor was photographed having a drink at a local bar, charges of “moral turpitude” were widely spread and he resigned before they were proved to be “largely false”. “The role of the university president or chancellor is a 24-7 role to be the face of the university,” the vice-chair of the faculty proclaimed in an official statement. Control freaks will intrude wherever they are allowed: there is no distinction between professional and personal, public and private. They would haunt us in our sleep if they could – and perhaps sometimes they do.

So how can we protect each other from the abuses of control freaks? Much can be done by behaving in ways that are beyond the purview of their grim toolkit. As a faculty member, make sure you do what the control freak abhors: laugh, make puns, relax. Play the realist when they come to you with their lists of weird grievances. Talk about the big picture when they overwhelm you with minutiae. Go outside and see for yourself when they say the sky is falling.

We can also dial back on the emotional temperature by being reasonable university citizens. Do not outsource service roles to control freaks. If they must take part in evaluations, make sure they are working in committee. Remember that control freaks love using words such as “distinction”, “quality”, “superior” and “excellence” to show what they have and what you lack.

Manuscript readers and advisers to graduate students should decouple perfectionism from notions of expertise. The need to be perfect often comes with displays of imperiousness. As a result, control freaks are masters of the tu quoque fallacy: instead of accepting themselves as less than perfect, they shift attention to the flaws of others. They cannot resist making others look both intellectually inferior and morally bankrupt. Yet differences can be articulated and weak arguments exposed without getting personal. Academics can become famous for what they do without becoming prima donnas.

Good teachers guide, I tell my students. They are attuned to what is going on in the classroom, attentive to how the parts are forming into a whole. This requires a degree of charity that is not available to the person seeking unilateral control. It requires syllabi that do not pontificate on students’ moral flaws. And it requires that the teacher remains unseduced by the discourse of eroding academic standards, which often mistakes acquiescence for actual learning. Students are not playthings: they are adults who should not have to become the professor to pass the course. Above all, academics need to understand that the desire to control, taken to an extreme, carries with it an innate vindictiveness that nobody needs.

I can understand the temptation to control, especially when we are sandwiched between hierarchies. But when we derive our agency from undermining and micromanagement, we only perpetuate higher education’s brutal truths: that students tolerate faculty caprices without protest; that graduate students and job candidates can do everything right and get nothing in return; that junior faculty can be denied tenure through complicated and secretive promotion processes; that campuses are increasingly becoming surveillance systems for students, faculty and administrators alike. It’s easy to derive a false satisfaction from the idea that you are maintaining rigour or upholding standards when you are actually putting abuse into practice.

It’s tempting, I know. And it can spiral out of control so quickly. When the fifth student of the day comes to me with a confused thesis, it is tempting to tell him what to do – what I would do – rather than sit and work through it together. My mentee has a different approach to pedagogy: wouldn’t her classroom issues vanish if she just taught the way I do? If only the students were as diligent as I am when I read. If only they dressed more professionally…

So here are a few of the tactics I use to keep my own inner control freak at bay. Some days, I wear a shirt with a missing button. When I mismatch a name on my roster with a face, I apologise to the student and make fun of myself. I give praise without thinking of it as a carrot on a stick. I change where I sit in the seminar room each week so that I am seldom at the apex of the table. When a colleague insists on a third proofing of committee minutes, I take them out for lunch. When an administrator is exasperated, I send them pictures of animals ready for adoption. These are my small forms of rebellion that help remind me that education involves the untidy, imperfect and beautiful stuff of being human.