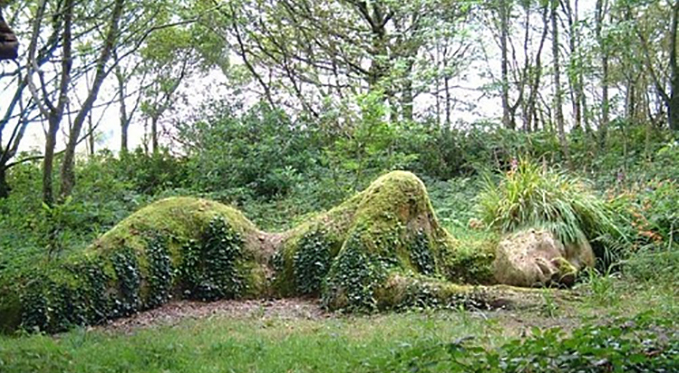 When it comes to math, I’ve already shown that most of what’s offered in college, especially at community college, is just repetition of the material students saw in the 9th grade or lower, for about 90% of the coursework.

In times of yore, the way how a college course was created was faculty, in a department, would get together in a committee and decide what a course would have in it. As the entire point of college is preparation, each course would be filled with the material which would prepare the student for ever more advanced material. You couldn’t just come with a course, make up your own curriculum, and have it offered without other scholars looking it over and verifying that the course would be worthwhile for students to take.

This process has changed at many campuses. Instead of a committee, all you need now is just one faculty saying he has an idea which will sell. He then goes to admin, and tells him the course will sell; if they believe him, then, just like that, we have a new college course. Whether the course is a waste of students’ time or not is irrelevant…sales growth is all.

Now, courses which will sell are naturally courses students are interested in. A key component in this is to have very little material (because studying isn’t fun for most students), and today students have a wide variety of fake courses which they can take…and learn nothing.

This is a big factor in why so many college graduates have literally nothing in the way of new skills or knowledge: the bulk of their coursework is, at best, introductory material which anyone can learn in a few weeks, a month at most.

A recent article on ZeroHedge listed a great number of fake courses—it’s a small sampling, I assure you—and I want to discuss how some of these courses highlight the issues in today’s higher ed.

“…the quality of education that our college students are receiving is a complete joke. Especially on the undergraduate level, almost all testing consists of either true/false, multiple choice or fill in the blank questions…”

The above actually addresses what goes in the “real” courses. Even fairly advanced courses are now taught in huge lecture halls. There simply is no way you can grade hundreds of tests in a sane amount of time except through “fill in the bubble” testing.

Similarly, there’s no way to address even mildly confusing material in a huge course. It’s one thing to address a topic that 6 students will have questions about (in a 30 person class), as you can handle that many questions in a typical 50 minute course. But if now you have 60 people with questions (in a 300 person class), well, there’s no way to handle that many questions in a sane amount of time. Best not cover things which generate questions.

The end result is many of course college courses only address the lightest part of material in the most superficial way, putting it all down in a few dozen PowerPoint slides; I’ve reviewed a number of these courses, and you can literally read/learn everything in the course at a passable level in an afternoon, two at most if you knew nothing of the material before you started.

But these courses soak up 4 months of a student’s time while generating thousands of dollars of tuition per student.

And those are the “real” courses. Let’s look at just a few fake ones:

For the uninitiated, let’s go over what the above says. “WOMGEN” says this course is taught in the Women’s and Gender Studies department, a department notorious for fake courses. The “1” in “1225” says this is a course for freshmen (if the number started with 2 it would be for second year courses, and so on).
And the title says this course will teach students about “hooking up” and getting into sexual encounters.
Yes, sure, this course will sell, but pretty much every adult on the planet knows about how to get sex, and it hasn’t been an issue anywhere for millennia. It’s obvious on the face of it that no useful job skills are here, and, far more importantly from the point of view of someone who cares about education, this course in no way prepares the student for more advanced study.

But the title is obviously an easy sell to students, right? Way to go, Harvard.

“SOAN” refers to Sociology and Anthropology, and the “2” makes this a second year course (not all campuses use 4 digits for their course numbers). A second year course? Can the gentle reader even guess what about this title makes it clear you need to know some prior coursework to do well here? I sure cannot.

Again, we have a title clearly chosen to maximize sales. Yes, I’ve mentioned many times in this blog how dubious sex-related coursework is big on campus, but, as always, I like to show that I’m not merely making things up in this regard.

Back to Gender and Women’s Studies (not all schools name their departments the same way), this is a senior level course, the most advanced coursework students in the Gender Studies degree program might see before graduating.
And they learn about Feminism in the Hip Hop community. It takes 3 years of preparation before you can address this topic in detail? Seriously?

SOC 388: Marriage in the Age of Trump (Davidson College)

You get the feeling this one was slapped together quickly by the Sociology department? I’m puzzled by this being a third year course, but I’m vastly more puzzled by the title. We’re living in the Age of Trump now? Gee whiz, it’s only been a year, and now it’s an “age”?

Marriage is a serious commitment, in our Western Society a couple usually is romantically involved well over a year before they get married. So how could the Trump phenomenon, being less than a year old, affect a multi-thousand year old institution so quickly?

Being taught in the Sociology Department (very notable for Leftism), it’s a safe bet the professor here is going to use this course to rage against Trump in a torrent of hate; I’ve a number of friends suffering from Trump Derangement Syndrome, so I’m pretty confident of this.

In any event, the “Age of Trump” might not even be 4 years, and can’t be more than 8 years…so what exactly could this course be preparation for?

Just a quick comment on this one: we really, really, need to cut back on sex-related coursework, particularly when it’s based on fad material.

In addition to heavy emphasis on sexuality, there is a strong emphasis on ideology in fake courses. Now, absolutely, the BLM movement is worthy of study, even study by advanced scholars (this is a 4th year course taught in the African Studies department), but…BLM is not so old, so huge, with figures so prominent, that you can spend 4 whole months on it. A seminar would have been fine, if there were more interest in educating students than soaking up student loan money.

This course might technically not count as college level, at least (a “0” usually indicates remediation, but that word doesn’t seem to apply to this topic). How can there be any doubt from the title that this course is ideology? Environmental Sciences is now a department, apparently.

Again with the Age of Trump? This is a generic Freshman Seminar, so not a college course. With any luck at all, the students aren’t charged for this…but I’m worried that scholars at two different institutions honestly think a single year makes an “age”—actually, it’s less than a year, since these courses couldn’t possibly be proposed, much less created and offered, until after the election. Would “1 week” constitute an age? That’s seriously how much time could have passed between the election and creation of the course (when I review a course before teaching it, incidentally, it takes me more than week, even for a course I’ve taught many times before).

The article goes on with courses on Star Trek, Lady Gaga, Harry Potter, and other topics, often taught in departments which didn’t even exist when I was in school. And, I assure the reader, none of this stuff is preparation for more advanced study.

I’m so grateful I went to college in a time when the only coursework available was work that prepared me for better things. If my degree had been filled with the above stuff, things which will almost certainly be of no relevance a few decades from now, I would have nothing from my education…much like many students today.