When I took up this position, I could not have predicted quite how significant the question of public value would become in discussions related to higher education reform in the UK.

But beyond that I never – not for one second – would have believed that the very notions of “truth” and “expertise” would become objects of scorn and vilification in the media and the politics of advanced democracies.

And yet, here we stand.

On the one hand, efforts to further regulate UK universities into commercially competitive entities continue largely (but not entirely) unabated. On the other, we find ourselves in a post-Brexit and post-Trump political culture that is so divided as to make all appeals to a common ground (let alone to truth) in public discourse seem ridiculous in the eyes of one side or the other.

But while these two phenomena may seem unrelated, I believe that, in fact, they are not.

In the UK, higher education has been in a seemingly endless process of reform for at least two decades now. These reforms promise “efficiency gains” and “deliverable outcomes”, as well as “competition”, “choice” and success in the “rankings” – in exchange for reducing public expenditure and increasing student investment in higher education.

The latest face of this competition fetish within UK higher education is found in the Higher Education and Research Bill, which is currently going through parliament. This bill proposes to make it easier for private providers to gain the right to award degrees and to obtain the title of university in order to make it simpler for them to compete with public universities.

The bill also changes the regulatory framework for all universities, subjecting them to the authority of what is called the “Office for Students”. This is a body composed of sector actors whose remit is to “increase competition and choice in higher education”.

This body would be tasked with administering a scheme to rate the quality of teaching (the Teaching Excellence Framework) and would have the authority to define, in practice, which institutions of higher learning are “universities” and which are not.

What’s in a name?

Allowing universities to be defined primarily by their capacity to meet market criteria (such as balancing the books and delivering customer satisfaction) is a radical departure from the idea that universities exist to serve the public.

In the 1963 Robbins Report, universities were tasked with four functions: “instruction in skills” and “the promotion of the general powers of the mind so as to produce not mere specialists but rather cultivated men and women”, as well as “the search for truth”, and the transmission of a common culture and common standards of citizenship.

Mindful of the risks posed by entirely abandoning the idea that universities have a public role, the House of Lords, in their committee stage opposition amendment of the Bill, affirmed that:

UK universities must make a contribution to society through the pursuit, dissemination, and application of knowledge and expertise.

Must be free to act as critics of government and the conscience of society.

Most recently, the Lords voted to stop (or at least slow) any linking of fee increases to the results of the Teaching Excellence Framework.

Now, it is true that these legislative actions may be overturned in the Commons. But these efforts reaffirm the idea that universities exist to serve not just customers, but the public as a whole. And this is important because democracy cannot work without an educated and informed public.

Truth is a democratic value

It is clear that there is a deep tension at the heart of democracy. On the one hand, it calls for all to count as equally as possible in making collective decisions. On the other, it seeks to promote the common welfare of all. These are not always reconcilable. 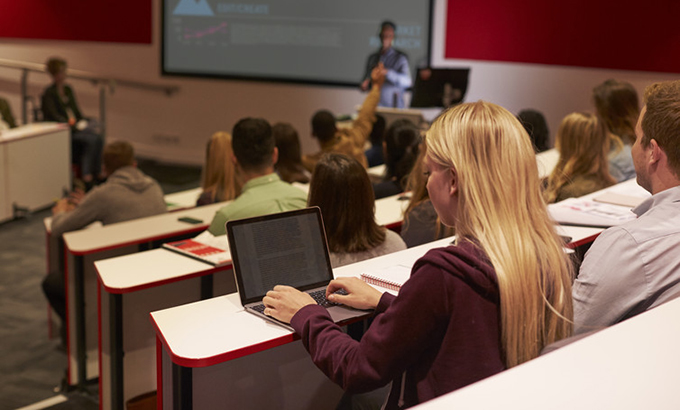 But if our universities are further encouraged to leave the public behind to simply focus on serving their customers, our chances of knowing and understanding one another across enduring lines of difference will likely recede. And without this knowledge, finding a stable common ground grows harder, trust becomes elusive, lies and confusion reign.

To my mind, universities exist, at least partially, to serve as a place where a society comes face-to-face with itself. Do they truly succeed in this? Rarely, if ever. But does that mean they should stop trying? I think not.

Now, perhaps more than ever, we need universities to find ways to enrich our understandings of ourselves and others. That is why I hope that this commitment to serving the public will ultimately be reflected in the legal definition of the “university”.

Author Bio: Joshua Forstenzer is Vice-Chancellor’s Fellow for the Public Benefit of Higher Education at the University of Sheffield