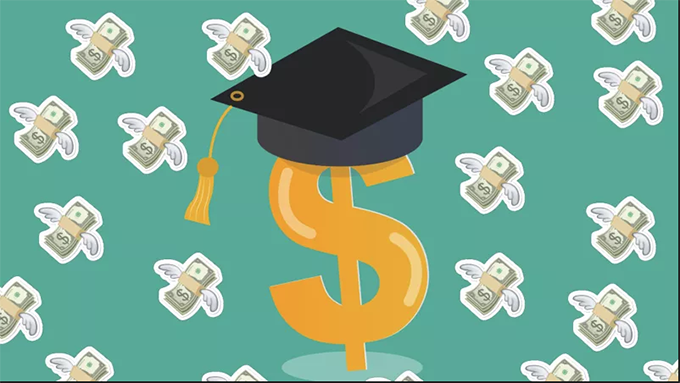 There is a huge problem brewing in this country: student loan debt. Some 44,000,000 people have this kind of debt (minimum, there are many accounting tricks to make this number appear lower than it is), and for many it’s so large that they’ll never be able to pay it back. They can’t get rid of it through bankruptcy, either.

A recent article demonstrates just how dimly this country seems to be aware of the situation…and I’m in the mood to pick on the rag:

Why Is College So Expensive?

If you don’t care about accreditation, you can hire a tutor for $50 an hour to come and talk to you about fairly advanced subjects—a typical college professor doesn’t make this much, and a typical course charges about $150 an hour for the student to sit in a huge classroom and listen…honest, it’d be better for both student and teacher if we didn’t have the huge education bureaucracy in the way.

Anyway, college is expensive because of this basic economic principle: the massive student loan programs are fueling a huge demand for accredited education. What does The Atlantic have to say?

“Spending per student is exorbitant, and it has virtually no relationship to the value that students could possibly get in exchange.”

Yes; as I’ve documented extensively, accreditation is a fraud and has no relationship to education quality. So, about the question?

What confusion of ideas is necessary to view the above as anything but symptoms of spending out of control? If the above were the real problem, then a “cheap” school could skip the above.

It turns out that the vast majority of American college spending goes to routine educational operations—like paying staff and faculty—not to dining halls. These costs add up to about $23,000 per student a year—more than twice what Finland, Sweden, or Germany spends on core services.

Yes. So, how about answering the question?

And college is a service delivered mostly by workers with college degrees—whose salaries have risen more dramatically than those of low-skilled service workers over the past several decades.

Uh, nope. Faculty pay and faculty numbers have been essentially flat, actually lower when you consider most faculty are sub-minimum wage adjuncts who don’t even count into pay considerations. And it is faculty who deliver the services here. But even if we were paid a lot, it’s still not answering the question, because class sizes have swollen to huge proportions.

“The villain, as much as there is one, is economic growth itself,” they write.

Um…no. If economic growth were the issue, then everything else would increase in price by a huge margin as well. We’d see this in other countries with economic growth if this statement were true. We do not.

America’s higher-education system is that it is actually three different systems masquerading as one: There is one system of public colleges; another of private, nonprofit institutions; and one made up of for-profit colleges.

Finally, the Atlantic says something correct…but interprets it wrong. All those systems would increase competition, and yet another economic principle is competition drives prices down. It’s a shame economics is such an obscure topic that our mainstream rags don’t even have a rudimentary understanding of it.

The Atlantic submits page after page of complete confusion, for example:

All that said, it’s also true that state budget cuts were uneven across the country. Today, in-state tuition in Wyoming is about a third of the cost of Vermont, for example. In places where higher education has not been gutted and the cost of living is low, an American college degree can still be a bargain—especially for students who don’t mind living at home and are poor enough to qualify for federal aid.

Wait…Federal aid? You know, Federal aid in housing drove real estate prices up, and Federal involvement in health care drove prices up. The Atlantic doesn’t know these things, and so misses the cue here, with no ability to guess what Federal aid in education would do.

“Universities extract money from students because they can…It’s the inevitable outcome of an unregulated fee structure.”

Over a lifetime, people with bachelor’s degrees earn more than half a million dollars more than people with no college degree in the U.S.

Hey, remember when the line was “over a million dollars”? I sure do. Now it’s only half a million? This still isn’t answering the question, though.

After fumbling forever, the author never gets around to answering the question, but offers up this hysterical chestnut:

This convoluted, complicated, inconsistent system continues to exist, and continues to be so expensive because college in America is still worth the price. At certain colleges, for certain people. Especially if they finish. But it doesn’t have to be this way, and almost everywhere else, it isn’t.

Still worth the price? I have my doubts. We now have close to three times as many people with student loan debt than we have college students, but the debts are quite inescapable for many of them. Continuing to screech about how college is worth it “at any price” is just suckering more people into the death spiral of college debt, and The Atlantic does the public a grave disservice by saying the above. They merely add insult to injury by at no point considering how the huge student loan scam has been a factor in skyrocketing tuition here.