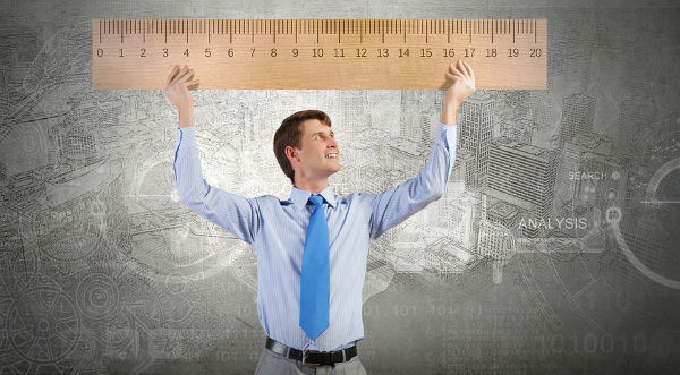 Graduates from the medical assistant program at Vatterott College, a large for-profit with campuses across the Midwest, have struggled to gain a foothold in their career a few years after leaving. Those who completed their associate degree in medical assisting between 2010 and 2012 had typical annual earnings of just over $13,000 two years later. To make matters worse, many graduates took on large debts to complete their degree. The program’s median annual student loan payment of $4,103 (if he were to repay under a standard ten-year term) would be a crushing 30 percent of his current annual income.

Despite these stark realities, though, the college’s website highlights the promising possibilities of a medical assisting career. Leaning on the name recognition of the Bureau of Labor Statistics (BLS), Vatterott reports to prospective students of its Des Moines campus that the median pay for medical assistants in the city is $31,800.  But it fails to mention that actual program graduates usually make less than half of this and are buried in debt. If not for a prominent disclosure displayed on the college’s website required as part of the federal government’s current “gainful employment” regulations, students would be unaware that outcomes are not nearly as rosy as the college suggests. A new study from New America’s higher education program, Measuring Up: How BLS Data Would Inflate Earnings for Career-Training Graduates, shows just how problematic those BLS earnings can be.

Given the historical lack of reliable information about outcomes for individual career-training programs and the exorbitant amount many colleges charge for programs that do not prepare graduates for a decent-paying job, the Department of Education recently stepped in to guard students’ and taxpayers’ dollars. In 2010, the Obama administration specifically embarked on a process to define what it means for career-training and for-profit college programs to lead to gainful employment, as is required by the Higher Education Act to access federal financial aid. The final gainful employment rule that was promulgated in 2014 holds colleges accountable for the amount of debt that students take on relative to the amount they earn.

Last week, however, the Trump administration’s Department of Education issued plans to severely weaken these protections for students. In a complete departure from the consensus that had begun to develop among key stakeholders during a round of discussions in December for how to move forward with revising the gainful employment regulations, the Department has issued a plan that would scrap all accountability for poor-performing programs in favor of  a disclosure-only regulation that may not even retain key elements of the current rule.

Worse, for-profit colleges and their representatives have pushed the Department to substitute BLS data in place of real graduates’ earnings going forward — an ask the Department has so far rejected. This would mean Vatterott’s medical assistant program, along with many of more than 800 other programs that failed the Department’s debt-to-earnings measures, and which may eventually have been cut off from receiving federal student aid, could continue to operate without restriction. To add insult to injury, students might be none-the-wiser until they have already earned a worthless credential that won’t set them up for professional success.

Over the next few months, a committee of negotiators composed of stakeholders from institutions, consumer advocates, legal aid organizations, state attorneys general, and others will continue to work with the Department to continue hashing out the details of a new regulation. Inevitably, however, the decision will be up to the Department. By doubling down on the misleading use of BLS data already pushed by colleges to obfuscate real outcomes, the current gainful employment data about how much individual program graduates are earning could ultimately be replaced wholesale with regional, non-program-specific estimates, even if this proposal been rejected by the Department thus far. For several reasons, using BLS data would bury any indication of program quality and undermine federal efforts to hold specific career-college programs accountable for neglecting  to provide real career options for their graduates. Perhaps most notably, BLS data reflect estimates for people with a variety of educational backgrounds and work experience. That means the data cannot tell students or policymakers anything about the amount that graduates from a particular college’s program earn immediately out of school — or even well into their careers.

To illustrate just how misleading it would be to use BLS data for the purpose of measuring program outcomes, our new analysis out today compares national and local BLS earnings with actual earnings from graduates of specific career-training programs–and finds a huge gap that suggests the data simply can’t be used in that way. On average, the typical annual earnings (using federal tax records) for graduates of programs subject to the gainful employment regulations were $27,494. But if local BLS estimates were used instead, reported median annual earnings would rise to an average of $49,341—an inflation of $$21,847, or nearly 80 percent.

Substituting real graduates’ earnings with BLS data would undermine the very purpose of the GE rule, which is to provide meaningful federal oversight of career-training programs. While the Department has proposed eliminating any sanctions tied to a debt-to-earnings benchmark, it is important to note that using BLS data in a debt-to-earnings ratio that includes sanctions would not provide a middle-ground approach, as some for-profit college representatives have suggested. Under the existing regulation, 803 programs failed both of the Department’s debt-to-earnings measures. But by replacing actual earnings data with the higher of the average or median BLS earnings, the number of programs that would fail these tests drops significantly–to only 21.

If the Department plans to proceed with eliminating provisions that restrict the flow of federal aid to poor-performing gainful employment programs, substituting students’ actual earnings with BLS data would be a less obvious, but no less brazen, way of giving a free pass to colleges. New America’s report out today explains what is at stake and reveals in greater depth how this change would affect programs across several fields of study, locations, credential levels and college sectors.