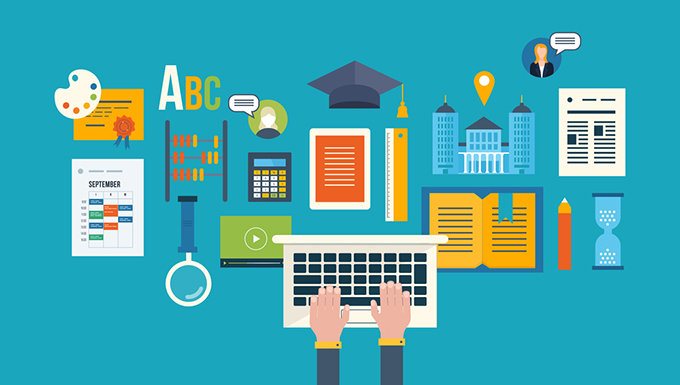 When MOOCs ( massive open online courses ) first appeared in the early 2010s, some thought they were the death knell for some of the institutions of higher education. Clayton Christensen has, among other things, predicted the impending bankruptcy of many universities. This professor at Harvard Business School is primarily known for developing the theory of breakthrough innovation, often better known as the theory of disruptive innovation.

According to this, a newcomer can disrupt long-standing institutions in a market by selling a lower-quality product or service, but at a lower price. Focusing first on a segment of the market neglected by duly established institutions, this new player can then, by progressively improving its technology, disrupt more deeply the market.

To be verified in the educational context, this theory assumes that MOOCs, and more generally online courses, are good substitutes for programs offered within our institutions. A hypothesis recently questioned by several empirical works, which showed their lower quality in terms of learning outcomes (see among others Alpert, Couch and Harmon (2016)and Bettinger, Fox, Loeb and Taylor (2017) ).

The impact of online distance education on higher education institutions is undeniable, but it is of another nature: more than replacing the current offer, it is a complement. The use of information and communication technologies can be a way to improve the quality of education, or even reduce the cost of some training. But it can also be a showcase for promoting institutions of higher education.

In a recent scientific article , it is this latter hypothesis that we have put to the test of facts. In order to measure the impact of free online courses on enrollment in traditional programs organized by universities, we mobilized data from the FUN platform and the Ministry of Higher Education, Research and Innovation.

Since its launch by the French government in cooperation with several French universities in 2013, this MOOC platform has welcomed more than 1.5 million different students in more than 400 courses, developed by a hundred different institutions – mainly universities.

From this analysis, it appears that offering such open access courses tends to increase the number of new students enrolled in other programs offered by these universities. This trend is relatively stronger for universities located in the provinces and those best placed in the highly influential “Shanghai ranking”. This first result echoes that of Goodman, Melkers and Pallais (2019) on the effects of the online duplication of a Master’s program in Computer Science, also offered face-to-face at the Georgia Institute of Technology.

While these two courses were similar in terms of content and difficulty, the one that was available online was less selective and six times cheaper than the one taught in the walls of the Atlanta-based institution. In these different research contexts, it appears that offering an online alternative to the current in situ does not reduce enrollment in the latter, on the contrary.

What are the plausible explanations for this positive link between the MOOC online and the increase in demand from the institutions responsible for such pedagogical innovations? The analysis of registration data for these MOOCs and their media coverage distinguishes two:

Alarmist speeches following the advent of the MOOCs therefore seem to have little empirical foundation. According to the present analysis, new technologies are a good way to attract new students into sectors that meet their expectations. Some institutions of higher education have already understood it well. Recently, courses for high school students at the end of the cycle have also been put online on the FUN platform to better guide them in their choice of orientation.

More generally, for the different actors of higher education, it therefore seems more judicious to see new technologies as a means of improving existing training by encouraging hybrid forms of education. Ultimately, a convergence between online and offline training seems to emerge more and more.

Author Bio: Julien Jacqmin is an Assistant professor in applied economics at the University of Liège