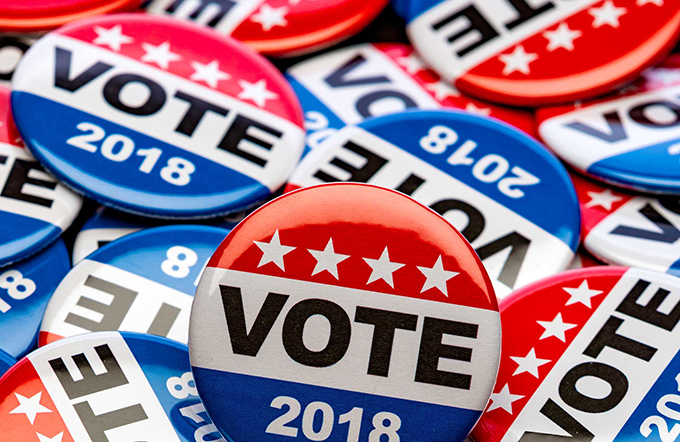 In order to gain insight into the role that college students might play in the outcome of the 2018 midterm elections on Tuesday, Nov. 6, The Conversation reached out to Nancy Thomas, director of the Institute for Democracy & Higher Education at Tufts University’s Tisch College of Civic Life. Thomas predicts a higher voter turnout among the nation’s 20 million college students, a “formidable voting bloc” that she says was jolted to attention by the 2016 election of Donald Trump as president. But she also warns that personal and practical factors might impede the college vote.

1. Is there any reason to expect voter turnout among college students will be higher this time around than it was in the previous midterm election?

New numbers suggest that 2018 will be different. The number of 18-29-year-olds who voted in 2018 primaries is 4 percent higher than in 2014, and has more than doubled in key battleground states. The number of people who registered on National Voter Registration Day in September 2018 was 800,000, significantly higher than the 155,000 who registered that day for the 2014 midterm.

2. What’s at stake for college students in the midterms?

The 2016 presidential election results jolted college students – and faculty and administrators at their colleges – to attention. Young Americans preferred Hillary Clinton over Trump by 55 percent to 37 percent, so many were disappointed and surprised by the results. Our research institute provides campuses with individual reports of their students’ registration and voting rates. When campuses saw their rates, which averaged 48 percent in 2016, that was a wake-up call.

When I talk with college students throughout the nation, they say they care about immigration and the treatment of Dreamers, #MeToo and #BlackLivesMatter, gun violence and ownership, economics and jobs, student loans and the environment. This Harvard pollconfirms many of my impressions.

Students represent a formidable voting bloc. There are 20 million college and university students nationwide. There are now more eligible voters under the age of 30 than over the age of 65, with 49 million ages 18-29 and 45 million over 65.

From our studies of politically engaged campuses, we identified that a combination of factors can foster interest in public affairs and voting. For example, politically engaged campuses provide lots of opportunities for students to talk politics. Peers also matter. Getting one person in a club or friend group can motivate others in the group. Student activism, and positive reactions by the administration, can give students a sense that their voices matter. And of course, students like fun. Parades to the polls, entertainment for students who need to wait in line to vote and social events will generate excitement.

3. What are the biggest obstacles to voting for college students?

Technical barriers include challenges like overly restrictive identification requirements or registration processes, distant polling locations, long lines or laborious processes for voting absentee. Local officials can also present arbitrary barriers. One tried to administer questionnaires that suggested additional prerequisites to voting. Sometimes, students feel they are too busy to find the time to vote on Election Day. Voting should be convenient.

Motivational barriers include students disliking our political system or sensing that the candidates do not represent their interests. Some feel that their district or state is so heavily weighted toward one political party, that their vote doesn’t matter. Some students feel uninformed about the issues or candidates.

With broad variations in ballots and voting machines, the process itself can be intimidating, particularly for first-time voters and students who did not tag along with their parents on Election Day.

While historically, many college students might have been labeled apathetic, all signs point to high levels of student interest in the upcoming election.

4. Will college students shift the nation in a different direction in the coming years?

Whether college students can shift policy depends on whether they turn out to vote – signaling that they are serious about influencing policy – and whether elected officials care what they think. If enough turn out, candidates will have no choice but to care.

To determine the direction policies might go, it helps to look at the demographic breakdowns, particularly age, gender, and race of college and university students and their turnout patterns. Of the 10 million students in the database for the National Study of Learning, Voting and Engagement, around 85 percent are undergraduates. If this group turns out, they can shape the outcomes in many districts this November.

More women attend U.S. colleges and universities than men – the split is around 60-40. In 2012 and 2014, among students in the National Study of Learning, Voting and Engagement, black women in college had the highest voting rates among college students. As in the general population, college women vote at higher rates than college men. Attracting the vote of college students, then, may mean crafting policies that appeal to women and women of color in particular.

Author Bio: Nancy Thomas is the Director of the Institute for Democracy & Higher Education, Tisch College of Civic Life at Tufts University