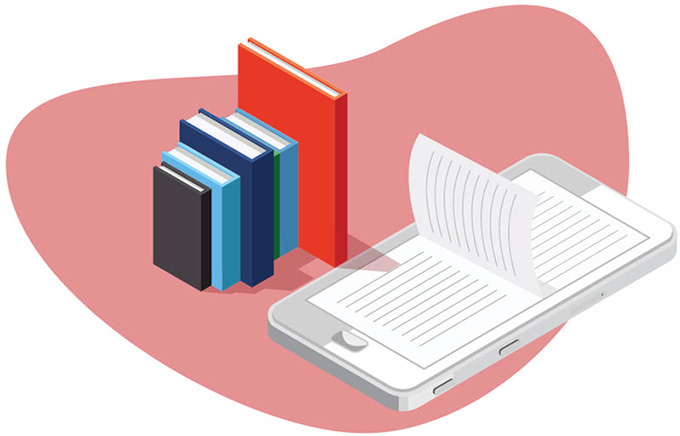 So I’m looking at a list of “17” (actually more than that) questions about higher ed that a former Poo-Bah of higher ed now asks…he’s out of the game, so he can afford to ask questions which would cost the job of a lowly one such as myself to ask.

If we were building from scratch, would we make almost every program the same four-year duration?

The student loan scam, the answer to most questions about higher ed, is responsible for the above question as well. Easy student loans have led to a huge rise in tuition. This rise has led a plethora of “job training” degrees, to the point that we have degrees in the bowling industry, degrees in how to be a DJ, degrees to be a hotel manager, and so on.

Universities were never intended to be jobs training centers, they were intended to be centers of education. It doesn’t take 4 years to train someone to be a DJ. If tuition were low, it wouldn’t be so bad, but at today’s prices? Yes, now it’s fair to ask why a kid should pay $100,000 or more to learn how to operate a CD player.

How should we think about hybrid curricular options—that is, the mixing of new forms of pedagogy with old—that might be available to us?

Here the Poo-Bah is asking about online coursework. So much of online education is absolute fraud that, seriously, we should just end it. This would greatly increase the legitimacy, the value, of degrees.

Online coursework can still exist, of course—just make it free, and schools could (and to an extent already do) validate online work by administering tests to the student in person.

Will most extant institutions survive the coming ed-tech disruptions in roughly their current form? Which types of schools are most vulnerable?

Most schools are already in danger of ceasing to exist, but it’s not due to tech disruption. Our “leaders” in higher ed have assumed the amazing growth in the student base from the student loan scam would lead to continued amazing growth, and have expanded accordingly, expending every penny they have and then some.

Trouble is, changing demographics and the growing realization that higher education is overpriced have put an end to that growth. The schools which will survive are the ones that invested or saved their student loan loot wisely…not many.

The schools most vulnerable to being destroyed are those that grew most explosively, sacrificing all integrity in the name of endless growth. Their reputations are negative, and the time will come when students will simply stop coming…or just go to a legitimate school.

Given the likelihood of more demand for education from mid-career students, fed by the ongoing technological disruption of the workforce, will the expanded supply of mid-career education come mostly from existing elite schools, existing non-elite schools, non-schools becoming schools, or newly created schools?

I don’t accept the Poo-Bah’s “given” assumption here. Yes, there is a steady trickle of demand there, but the costs involved of going to college are such that, if the employer really wants the employee to have those skills, it will make more sense to just train the employee while on the job.

Educational supply is concentrated in the North, but a disproportionate share of the growth in the college-ready student population is in the South. How will this geographic misalignment shake out, and are there implications for us or our primary competitors?

It should shake out in the obvious way: the lowest quality, overpriced schools in the oversupplied areas will shut down, and schools will spring up in places where the market is not serving the people well.

The student loan scam is the only thing supporting the oversupplied areas now, and its sad that higher education has our universities referring to each other as “competitors.”

Should we have more differentiated types of faculty roles? In particular, should we create new tracks for faculty members who are able to harness technology to teach hundreds or thousands of students…

Faculty already fill plenty of roles, and technology should not be harnessed to allow classes of “thousands” of students. The Poo-Bah has several questions about faculty…but only one question at all about administrators (next). I greatly question why we need more administrators than faculty on campus…

How have our student-teacher and student-administrator ratios changed in the past two decades—and how do we measure the benefits?

He should know this information. Student-teacher ratios are basically flat, student-administrator ratios have gone down, due to the ever increasing legions of administrators. The benefits of the latter should be measured in size of the student debt, increase in open admissions policies, increasing tuition, and decreasing on-time graduation rates. Seeing as increasing the administration has led to failure on all these levels, we need to stop asking questions and start firing wide swaths of the legions of irrelevant bureaucrats on our campuses.

How much of the president’s time should be spent articulating a vision or strategy, versus directing the university’s operations, versus fundraising?

Vision for Excellence planning needs to end, it’s a waste of time; there might be some minute value, but nothing compared to the profound levels of navel-gazing which is done now.

I can’t speak to fundraising, but Poo-Bahs can easily make $500,000 a year “leading” a small school, even though they almost never have even the slightest impact on a single student’s education. Perhaps that could be a factor in an educational leader’s job? Not even a question for the Poo-Bah here, but eliminating the position entirely would in a sense guarantee a half million or more dollars being “donated” to the school every year, and few Poo-Bahs can claim responsibility for personally raising that much (and even if they did, it’s all just going into their own pockets by way of that salary…).

If the state’s community colleges could be folded into our system, would you want them? Why or why not?

The community college as “precursor to university” should be shut down, it’s been such a thoroughly massive failure that no other action makes sense. Yes, I know there are exceptions, but each exceptional student can be matched to thousands of failures. The money saved from the shutdown should go towards university scholarships…the good students will still get their chance.

Now, if community colleges could be re-tooled as purely jobs-training program centers, that’s an idea, but not a question being asked here.

State regulators now often refer to the transition into college as “grade 13.” Is this a good thing?

State regulators think this way because the Federal student loan scam brings in so much money that they’re pretty motivated to force as many students just getting out of high school (i.e., grade 12) to go into college (the next grade everyone is forced to take).

The reality is the average freshman reads at the 7th grade level, and most “college” coursework is no better or different than what the students already learned “for free” in the public schools.

Now they just go into debt for it.

How should the university balance advancing the educational attainment of the state’s current residents against addressing the state’s long-term workforce needs?

Setting aside “more money” and “more predictability” around state funding, what should a university system want from governors and state legislatures?

This is a hard question, and I can’t conceive of a Poo-Bah with sufficient imagination to ask for anything besides MOAR.

If it were up to me, I’d ask state legislatures to start shutting down schools, starting with the for-profits who’ve done so much harm, then moving up the food chain until they get to the legitimate schools, if any. This would free up funding for schools which spend their money wisely, do good for the citizens, and increase the value of degrees in general…it’s too good an idea to ever be implemented in our government, alas.