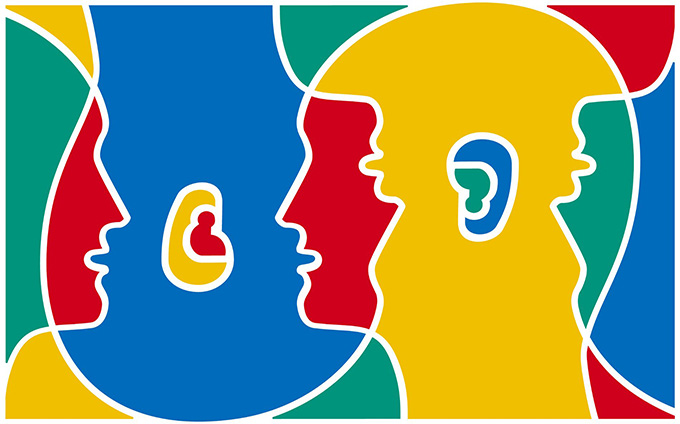 While the evaluation reports on the results of French students in foreign languages ​​are traditionally disappointing, the latest publication of the Ministry of Education on the achievements at the end of school and college brings a glimmer of hope: between 2004 and In 2016, the level of English would have increased overall, both orally and in writing.

Should this be seen as a consequence of the latest developments in the school system? For fifteen years now, learning foreign languages ​​and cultures (LCE) has been part of elementary school programs. But, far from being obvious to all teachers in schools, this solution sometimes generates a lot of anxiety.

In primary school, the teaching profession is characterized by its versatility. Not everyone has studied foreign languages ​​in their training, and therefore do not feel very legitimate to share it.

Some are even deeply convinced that they are not good at it. This feeling of linguistic insecurity is fairly widely shared among primary school teachers, regardless of their seniority in the profession.

How to teach a foreign language and culture that is only imperfectly practiced? Why ask non-specialist teachers to be a role model when speaking a language? Faced with these questions, some teachers are tempted to introduce “native speakers” into their classes – that is, people whose mother tongue is the language taught. Is this the ideal solution?

Take the example of Mrs. Dupont, teacher in CE1 for 27 years. It does not make sense for her to teach a foreign language. The English sessions require a lot of preparation, without guaranteeing her to be reliable: she knows she does not have the “right accent” to be a “good model” for a “good practice” of English oral.

Wishing to enable her students to do better in languages, she would like to present them with a model and an authentic pronunciation of English. In this, she joins French contemporary social thought, which often refers to the “native speaker” as a linguistic ideal to reproduce or imitate to “speak well” or “write well”, as if it were to become bilingual.

Often considered as an ideal model, the “native” speaker is characterized above all by the language that is his first, his so-called “native” language (also called “language 1” or L1) while the “non-native” speaker is defined in relation to the other languages ​​of his biography regardless of his level of practice. The “native” character, however, can not by itself guarantee the speaker to be a “good” or “better” teacher of his language 1 as a language 2, even among young students ( Derivry-Plard, 2006 ).

Without the effort of truly distancing oneself from one’s practice, the linguistic security of the “native” can become quite relative in a teaching situation and can be seen in a world in which he has no reference either. .

The “non-native” teacher not only has the advantage of knowing his pupils, but also of sharing with them the difficulties of the learner to switch from one language to another. He will be able to offer his students observations and comparisons between the languages ​​studied.

A curiosity to awake

It is not a question of reproducing to infinity the debates opposing the practices of the speaker “native” to those of “non-native”. It could be more about taking advantage of each other’s qualities. The “native” teacher is thus legitimized by his linguistic competence (he is a model in the practice of language), and the “non-native” teacher by his teaching competence (he is a model of learning, having managed to learn himself). The most effective teaching would be one in which both cooperate.

One year, Mrs. Dupont had welcomed in his class the young Elliott, bilingual, whose mother is English. Mrs. Smith asked Elliott’s mom to come to her son’s class every Tuesday morning during the English class. Elliott’s mother has often wondered how to act as a “role model” for these young learners, who by definition will never become English “native speakers” themselves.

From the first contact with the students, Elliott’s mother notes that it is not so much the accuracy of the language that preoccupies them. As she introduced herself by telling them that she was born in London, they wanted to know how she lived there, what her school looked like, the canteen, what were the sports practiced … Did she go to museums? Had she ever seen the Queen herself during the “Trooping the color” parade  ? And is it really a big party?

Finally, the concerns of young students are not entirely those of their teacher. We could re-examine the didactic contract that Mrs. Dupont proposes to her young students: is it really different from the one she knew? If Ms. Dupont thinks that, to learn English well, her students need a model, why not offer them models?

Other English-speaking parents could also be invited into their class, whether they lived in the suburbs of London or elsewhere, whether they speak English from the capital, north, south or elsewhere. The “models” given to his pupils would, of course, not only be more numerous and varied, but also not exclusively reserved for one language.

The introduction of ECL education in elementary school has never claimed to be a kind of adaptation of secondary school instruction in miniature format, or in a simplified version of high school specialty ECL programs. The evolution of this teaching may seem certainly faster now than it has ever been.

Expectations are high because the social pressure is too, but the drifts would they already be so close? The latest survey results should finally help to see the myth that the French are not gifted in languages ​​(the practice of a language is not a gift). But should this be done at the expense of other parameters? Regarding the ease with speaking or the pleasure of singing, the tendency is to decline. But we do not seem to be alarmed already!

Author Bio: Séverine Behra is Associate Professor at the University of Lorraine