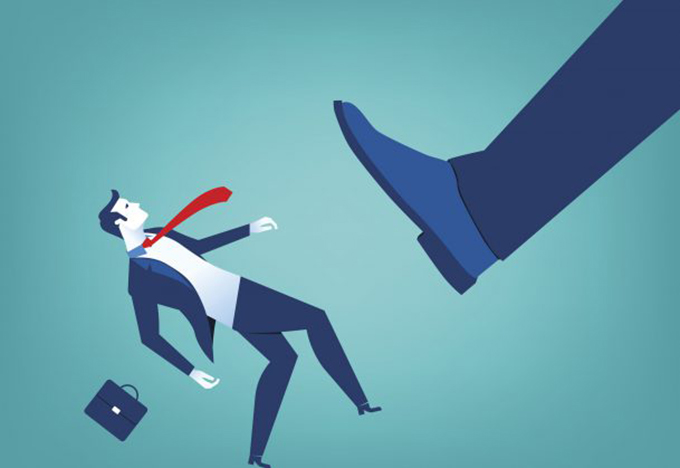 It took me quite a while to realise that I was being bullied. Bullying in academia doesn’t look like bullying at school: I wasn’t pushed up against a wall or excluded from playtime games. But I have been shouted at in meetings. I have been sent breathtakingly critical emails, filled with ill-informed assumptions and irrational, knee-jerk (mis)readings of situations. And I have been denied career opportunities that have been readily extended to colleagues with identical lists of achievements.

My mistake was to show vulnerability in a meeting with this person – my line manager – during my first term at my Russell Group university. I admitted, my voice cracking, that I was working as hard as I could. I couldn’t work any harder. The response? Not sympathy but excoriation. I left the meeting shaking and burst into tears in the street, before stumbling into the university chaplaincy for solace.

The bully started to dominate my thoughts even outside work. I became afraid to express views in meetings, tempering my natural vivacity. Even my office wasn’t a safe haven; accusations and upbraidings would lie in wait as I fearfully opened my email inbox, cc’d to various colleagues to advertise and magnify my supposed misdemeanours.

Matters came to a head when I was due for a long-awaited sabbatical. My boss turned my request down. The document justifying the decision, to which I was granted access only after making repeated (assiduously polite) requests to my boss’ manager, denigrated my achievements and even claimed a large part of the credit for the significant research grant I had won.

More shocking still was the response to my disclosure of an incurable medical condition that I had developed (one of whose causes can be sustained stress), which is protected under the Equality Act. My boss wrote that my condition had been “taken into consideration” but deemed to have had no effect on my research performance – despite never having asked me about it.

I fought my case and won, but it took many months, during which I lost confidence and accumulated yet more stress. When my boss sent me an unprecedentedly aggressive email telling me off like a child and trying to prevent me from carrying out legitimate research activities, I could not take it any longer. I began to suffer panic attacks. I felt hopeless, exhausted, fearful, and was constantly on the brink of tears. My doctor insisted that I take time off and pointedly wrote on the medical note that I was signed off for “work-related stress and associated depression”.

My experience is far from unique. Everyone in the school suffered to some degree. Open sessions – where everyone could supposedly put forth their views – became arenas for simply telling us what to do. But some colleagues were targeted for particular levels of harassment. One colleague was more or less forced out over a minor issue blown out of all proportion. The chaplain I saw when my bullying began told me that I was not the first person in my school that they had seen on the same account. Indeed, the university counsellor I saw a while back, before the stress epidemic made support virtually impossible to come by, knew my boss’ name all too well.

A colleague, who I will call Alex, is in some senses even more senior than the bully, but still suffered immensely. In this case, the crisis followed a meeting at which Alex – who is the opposite gender from me – spoke out about excessive workloads. Our boss called Alex into a one-to-one meeting, for which no agenda was provided and of which no record was kept. This was a set piece of aggressive bullying, involving sustained shouting, by the end of which Alex was in tears.

Alex regards that meeting as the clear trigger for the onset of serious depression in the days that followed, including strong suicidal thoughts. Even after taking some time off to recuperate, Alex still shunned our building for fear of meeting the bully, on one occasion running down the street to avoid an encounter.

Our university boasts of being committed to harmonious working practices, but our bully’s boss frequently enabled rather than questioned the bully’s behaviour. We also found our university’s reporting procedures woefully inadequate. Any reports of “inappropriate behaviour” were meant to be resolved through “mediation”. We should, in short, meet with our bully to sort things out.

There was no whistleblowing procedure at all, and the grievance option was undermined in Alex’s case by the lack of documented evidence. Alex’s advice is now always to take a colleague to meetings at which you expect to be bullied, always to ask for an agenda and always to record it – even if it is just by taking notes.

Eventually, we were separately promised – thanks in no small part to the efforts of our union – that our bully would no longer manage us. In my case, this – in addition to strong medication and exercise – has allowed me to control my depression and return to work. I am regaining my sense of self and my ability to teach, think and write. I am determined to reclaim the vocation that I love.

But my reflex to hold my breath when I enter our building persists. And I am sad that I lack the mental strength to call this bullying boss to account beyond these anonymised words. I fear that I will be far from the last to suffer.

The author is an academic at a Russell Group university.