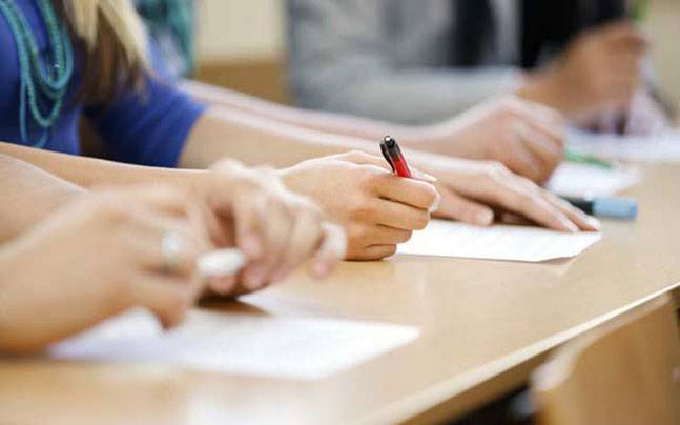 If there’s one thing that preoccupies students during the examination period, it’s the fear of failure and having to resit the dreaded supplementary examination.

What is a supplementary exam?

Common characteristics of supplementary examinations are:

The biggest problem with supplementary examinations is the punitive nature of the assessment. It doesn’t take into account circumstances which may have affected a student’s performance on the day of examination.

Factors like anxiety may play a role, especially in situations where students are directly observed by an assessor and when there were limited opportunities for them to practice.

Supplementary assessment occurs very close to the final examination to ensure students can enrol in the next semester. This means there’s very little time for students to prepare and for faculty to offer any meaningful help in achieving the desired outcome.

There’s evidence short-term help in this context has little to offer in terms of learning gains. From the faculty perspective, it adds to the workload, as academics have to prepare two sets of examinations with new and often equal numbers of items or scenarios for each set.

Take, for example, a scenario from a medical exam in final year.

A clinical examination is arranged where students are presented with sixteen clinical scenarios for management. There are 200 students, of which 70% passed at least 12 scenarios, 5% could manage only five cases and 25% managed to pass between six and 11 scenarios.

It’s the performance of the 25% of students on the day that raises doubts about their role as an intern. We do not know the reasons for each student’s poor performance but they will all be required to sit a supplementary examination. Additional help is offered to students, which is intense and takes up a lot of time on the part of the academics.

The supplementary assessment is offered after six weeks in a similar format with the same number of scenarios. Again, 5% of the students fail. There are still doubts about five other students in this group who are still on the margin, although they’ve managed to get through.

Improvement in marks on average is not more than 11%. Four to six weeks of focused teaching cannot compensate for the semester long content of the course, and will result in marginal improvement.

What we can do?

The current system would be much improved by replacing supplementary assessment with a new model called “sequential assessment” and a shorter duration of final assessment.

In the example discussed earlier, instead of 16 let’s present ten scenarios.

Students who pass up to eight scenarios are a clear pass, while those who failed up to four scenarios clearly fail. They don’t need evidence from 16 scenarios, but those who are in the range of five to seven failed scenarios need to provide more evidence they can graduate as a safe doctor. This evidence can be in the form of another examination, offering ten more scenarios.

If students provide the evidence then their marks from the final and reassessment can be averaged to give them a final score. There’s no need to record on the academic transcript the student passed the assessment in a supplementary exam. Those who still fail now have two assessments at different points in time, informing the institution they are not ready to graduate and will need to repeat the year or semester.

This might also result in fewer or no appeals from students as it’s not about supplementary examination, but rather asking them to provide more evidence.

A student who has a bad day may be able to provide that evidence – while those who have not attained the learning outcomes need to repeat. A longer examination also provides more sampling of the content being examined and may be more reliable.

This puts less strain on faculty to plan final examinations. It also reduces time spent marking, which is economical in terms of time and resources, both physical and human.

Another approach to consider is Computerised Adaptative Testing for examinations. This approach would require additional resources to set the infrastructure, like computer labs and a large number of questions in the question bank. But it would provide a better estimate of the student’s ability.

A better approach is needed

A supplementary examination may assist students to cross over the line in the short term. But these students may fail again in the subsequent year – and it won’t necessarily equip students to cope with work demands.

A better approach would be for institutions to use time and resources to provide students with support and required skills during the semester.