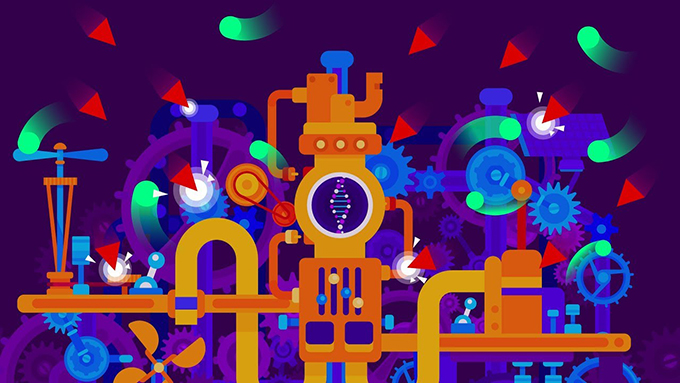 A girl opens her book for the first time. Look at some mysterious signs. His teacher is drawing them very large on the board and says: “It’s the letter A!” The exciting adventure (or hard work) of learning to read has just begun. It all depends on an astonished brain and its curious mind.

Astonishment and curiosity push the human being to seek meaning to everything around him. And to learn.

Although this ability to learn is maximal during childhood, it does not have to stop for the rest of life, because the brain is an organ that continues to form permanently. Some neurons linked to others, through synapses, establish and modulate circuits: this is what is called neuronal plasticity.

From a humble slug to a Nobel winner, all animals share that innate ability to associate an external change (stimulus) to an internal modification of their neural circuits (response), which translates into a new behavior (that is, the learned behavior ). Thus, the persistence of certain stimuli will cause some synapses to be potentiated, while others are weakened. Learning is, therefore, an inherent characteristic of the nature of nervous systems.

How our brain learns

The structure related to consolidating learning is the hippocampus, aided by dense connections established by another structure, the amygdala, which bind it to the hypothalamus and broad cortical areas. This allows for a strong connection between what excites and what has been learned

But it is not enough to know something, but you also have to be able to use it. In this task the temporal medial lobe is essential, active when things are memorized. On the other hand, the ventromedial prefrontral cortex predicts when that information will be needed.

Now, nothing is achieved if it is not desired. A reward and pleasure center is in charge of this last requirement: the nucleus accumbens. It depends on motivation, ability to achieve and planning.

With all this the brain is prepared to continuously acquire new knowledge and skills that are essential to adapt to a changing environment and enjoy it. The key is how you will do it.

From the beginning the researchers associated effort (and even suffering) with learning. These were guidelines derived from exposure to stimuli that should be run away (classically called “aversion learning”). However, the reward mechanisms also showed, very soon, its effectiveness in getting to know the world and connecting the individual with it.

Here where the adaptive value of the game appears.

There is much evidence that the game is a fundamental piece during growth, especially in primates. In fact, it is no accident that the most playful stages (childhood and youth) coincide with the phases of greatest brain development and connection formation (synaptogenesis).

Playing has a cost, so if it is maintained it is because of the evolutionary benefits that it entails. The game nurtures all maturational aspects and forms the basis for success in obtaining cognitive, social, physical and emotional skills. In addition, it is very fun!

Learning by playing allows repeating (training) guidelines that are perfected while stimulating the neural reward circuits. For example, some chimpanzee communities have seen subjects caring for stones or small branches as dolls , while other groups get angry and fight among themselves.

The interesting thing is that, although the playful behavior reminds of the authentic behavior, those who carry it out somehow know that it is not really happening. For this they have common signals focused on putting “game face”. In it, the position of the mouth is fundamental. So much so that not only primates recognize it but also other animal groups.

These games allow you to manage tensions and improve care, appeasement or hierarchical behaviors.

Playing is the basis of more complex social behaviors such as cooperation (with the empathy that this requires). It has also been proposed that the game could foster creativity and even culture, which would explain what happened among macaques in Japan, where manipulative strategies have spread beyond the original community.

In short, playing is a very effective way of learning with which to explore the world and experiment with real-life situations without danger. Even in Don Quixote it is affirmed that the letter with blood enters , but neuroscience gives us a lot of data about how it is actually learned. While it is true that pain can be learned, it is no less that it also teaches fun. Most likely, with much more success.

Author Bio: Susana P. Gaytan is a Professor of Physiology at the University of Seville