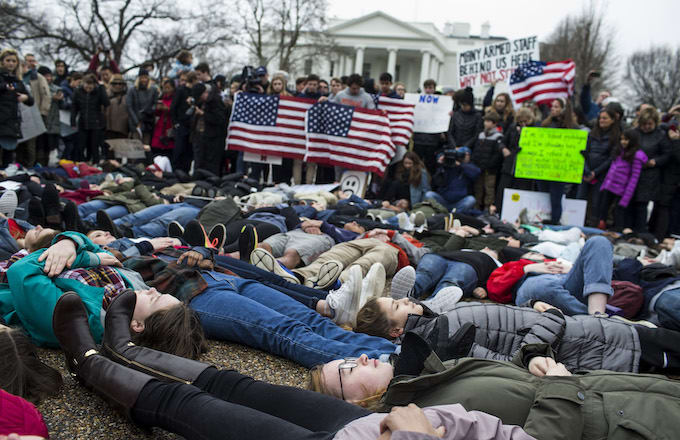 When 17 students and teachers were murdered on what should have been a peaceful school day, students across the US took to the streets to demand change. The outpouring of protests in the wake of the tragic mass-shooting in Parkland, Florida earlier this year is an important reminder that students can challenge the status quo.

The #NeverAgain movement, led by high-school and college students, is asking for gun reform in the US to improve safety in schools. It is a reasonable demand, and one that research has shown lowers mass shootings fatalities.

The current attempts to change the US status quo on gun ownership pose a rewriting of the country’s constitution. Rewriting a constitution is no easy task, but students in the US have a long history of protesting the status quo to instil reform. Student activism is not limited to the US either – it was pivotal to important events such as the Australian Freedom Rides and the ending of apartheid in South Africa.

Protests against racial segregation in the US 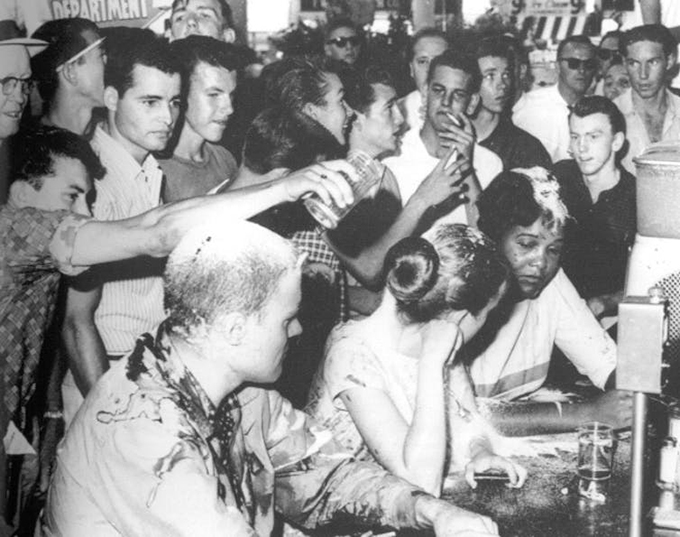 Their actions spurred a further 300 or so students to join them over the next few months, resulting in Woolworths officially desegregating all the lunch counters. The students endured all kinds of humiliating acts, from taunts to being covered in food and drink by disgruntled patrons.

In 1964, the Civil Rights Act was introduced, making segregation in public places illegal. 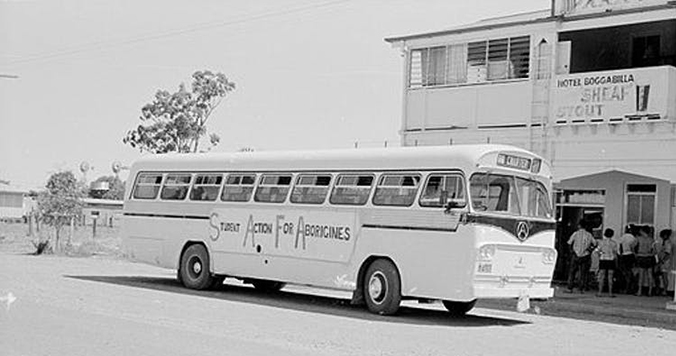 The bus outside of the Hotel Bogabilla in February 1965, to draw attention to the terrible living conditions endured by many Indigenous students. State Library of New South Wales/Wikimedia Commons

A year later, in February of 1965, several University of Sydney students organised a bus tour of New South Wales towns. Led by Charles Perkins, an Arrente man from Alice Springs, the students wanted to draw attention to the terrible living conditions many Aboriginal residents endured. The students also offered their encouragement and support to the Aboriginal communities, hoping it would help close the gap between white and Aboriginal living conditions.

Not all student protests have been non-violent. South African students’ long (although sometimes violent) history of protests to change the very constitution are a useful example.

The Soweto school students began marching peacefully on June 16, 1976. They rallied in their thousands near Johannesburg against the mandate that all teaching had to be done in Afrikaans, amongst other things.

It was the tipping point in a long line of education reforms introduced by the apartheid government that disadvantaged African youth. Sadly, the protest was met with a brutal police presence.

Police fired tear gas and then live ammunition at the unarmed students, forcing them to flee for their lives. The protest gained international attention and the heavy-handedness of the apartheid government was exposed to the world. It was an important step towards the dismantling of apartheid.

Student protests can make a big difference. In the wake of the Florida shooting, American students have already been instrumental in spurring peaceful protests across the US. Such protests, if they can be sustained, are likely to have significant impact at the local level, by creating conversations about gun control and students’ rights to access education safely. At a global level, these protests help to keep media attention and pressure focused on the need for congress to introduce gun reform laws.

Author Bio: Claire Cooke is Honorary Research Fellow in History at the University of Western Australia