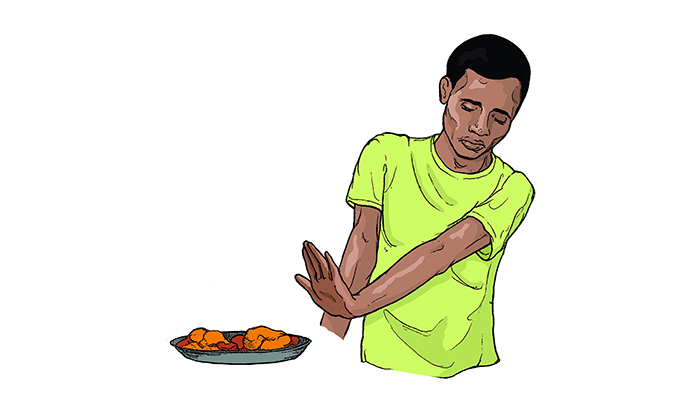 Anorexia is a severe psychological and eating disorder that can even turn out to be lethal. The public vigorously expresses its opinion on this problem — scientists write about it, media figures make programs, and doctors show patients photos of dystrophies. However, it should not be forgotten that obesity is almost as dangerous and is also the cause of death. These are two extremes of one essence, and in this article, we will talk about how to deal with anorexia and obesity by combining traditional and non-traditional methods of influencing a patient.

Facts and Statistics That Justify This Problem

Experts say that life expectancy is growing almost everywhere, but the obesity epidemic could jeopardize these gains. The most alarming is that this disease affects children as well. And by the way, children are also at risk for anorexia because they are more susceptible to influence from the outside and fashion trends.

Adult obesity has been reported to be the most common in North America. The region also has the highest growth rate of this indicator. Least obesity is prevalent in Africa and Asia, but even there, doctors and scientists observe an increase in this indicator. What makes this even more surprising is that the number of starving and malnourished people keeps growing as well.

And at this moment, we are approaching the reverse side of obesity — anorexia. Both of these problems are psychological (less commonly hormonal). According to statistics:

When We Ask the Question, Is It Possible to Get Rid of Eating Disorders with the Help of Yoga and Ayurveda?

That answer is yes. Of course, it is possible, but it is necessary to take a comprehensive approach to yoga, considering psychology, philosophy, and physiology. In this case, the personality of the patient as a whole will be studied and improved, and it is this approach that gives relief from food dependence.

Often the problem of excess weight is associated with improper metabolism, hormonal failure in the body, with stresses that provoke a brutal appetite and, as a result, overeating. Anorexia is the flip side of this coin when a person is experiencing resentment and anger in relation to one’s body; such people refuse to eat entirely and gradually destroy their body until death.

Yoga, unlike fitness and diet, does not fight with the consequences of the disease (overweight and some concomitant diseases like heart rate variability disorders), but with the causes (improper metabolism, hormonal failure, stress, etc.). Therefore, yoga, as a means of losing weight, shows its effectiveness only over a long distance.

If the patient can’t fully understand and accept the nutritional rules that are in yoga, then he will again be immersed in food and thoughts about it. And yoga will be like a diet, not a philosophy. As a result, yoga will not greatly help to cope with eating disorders, for example. It will, however, distract for some time with new information, new rules in nutrition, and instill faith in getting rid of overeating. Still, quite often if we do not go deeper into the study of yoga, then the problems associated with food come back.

In addition, if we talk about yoga as a well-known physical (and only) practice (asanas and others), then yoga cannot give complete relief from anorexia (or other eating disorders). Still, it can help because when you practice only the physical part, then you can come to focus on the body, and you can get away from thoughts about eating or refusing food. In this case, yoga can give a temporary effect, but not wholly relieve food dependence.

The Story of One Healing

Emily, 17, told The Guardian how yoga saved her life in the truest sense. When the consequences of anorexia began to say that the girl was close to death, she seriously thought about committing suicide so as not to burden her loved ones. Doctors were sure that she would not even live to be 16 years old – the physical indicators and mental condition of the girl were simply terrible. Psychotherapy sessions did not give results until she got into the yoga group “for the wimps,” since her body had practically no strength to keep herself on its feet, even despite half the weight lost. Emily says that she felt a change in herself right after the first lesson. Yoga helped her learn to recognize herself and her body, hear her needs, stabilize relations with the world, and with her inner self.

Was it a miracle? Or was it a new scientific discovery? Perhaps, no, since the case of Emily shows the importance of complex healing – with the help of medicines, psychotherapy, and self-knowledge. Asanas, or yoga poses, do not heal on their own. But they trigger the self-regulating functions of the body, which set up deep biochemical processes, including the work of metabolism, the violation of which is one of the leading causes of excess weight.

The same goes for cases of extreme weight loss. In this case, the non-acceptance of oneself is the root of evil. However, yoga is not only physical but also a spiritual practice, which helps to realize oneself in this world, to understand one’s place, purpose, and value. As soon as it helps a person to recognize and accept himself, his body and his personality, it can be said that recovery is beginning.

And only when we start with the “head” — with accepting the philosophy, and using everything else as tools to achieve understanding and “knowledge,” only in this case, yoga can work out for recovery. Because then, it will provide you with more in-depth knowledge and a more conscious understanding of life. It helps to distance yourself from the trivia of life with its problems and see more clearly. Like when Russian cosmonaut Yuri Gagarin saw the Earth in all its beauty in the course of his journey into outer space from the Russian space center.

However, psychology is only the first step in working out the problem. Further, the patient needs strong medical support to restore the strength of the body, which he took away from himself due to extreme weight loss, or to restore the proper functioning of all systems burdened with obesity.

Treatment of patients with anorexia nervosa has a lot of difficulties because they turn out to be extremely resistant to any therapy. The methods of treating mental anorexia described in the world literature include insulin shock therapy in combination with antidepressants, shock doses of antipsychotics, ECT, hormone therapy, psychoanalysis, as well as so-called behavioral therapy.

Anorexia nervosa patients can be treated on an outpatient and inpatient basis. However, most researchers believe that for the successful treatment of these patients, especially with severe physical exhaustion, they need to be hospitalized. The hospitalization aims to “detach the patient from the previous pathogenic situation” and, above all, “withdrawal from the family.” Outpatient treatment is possible only when secondary somatoendocrine disorders did not reach a degree of severe cachexia and did not threaten the lives of patients.

If we talk about therapy with the help of yoga and Ayurvedic practices, then the first thing that needs to be removed is Ama. Medical Doctor Nancy Lonsdorf USA, one of the top Ama specialists in the world, claims that anorexia (Mandagni in yoga) is one of Ama’s consequences. Loss of appetite, thus, is one of its manifestations, which appear after the patient has been on the wrong diet for a long time and refused to eat. The first goal of Ama’s treatment is to kindle the digestive fire and restore the correct energy flows in the patient’s body.

And What About Patients with Overweight?

Fortunately, in this case, everything becomes a little easier, since in most cases, patients themselves seek healing. Psychological practice shows that it is much easier to convince an overweight patient that he needs to fight a food habit than to convince a patient with anorexia that he does not need to torment himself with hunger.

As for medical practice, here, clinical cases also say that it is much easier to “bring to life” an obese person than to reanimate anorexic sufferer when organs and systems have already begun to fail.

As for the treatment of patients with obesity, there is only one complex path — diet, moderate physical activity (for example, leisurely running if cardiac indicators allow), psychocorrection, and yoga, of course — to enhance the effect of each described action.

Speaking of yoga, here the patient also needs to work with the concept of Ama and remove it, since in this case, Ama manifests itself as internal debris and toxins. They lead to heaviness in the stomach, impaired blood flow and, consequently, to excess weight. What is more, one of the first things patients suffering from obesity should work on is Kapha removal. Initially, Kapha is the essential component of mental and physical health but when in excess, leads to digestion and weight problems.

To keep Kapha well balanced, one should start with slight nutrition changes — exclude sweet, fat, and oily food, cold or hot drinks. More spices and fruit (apples, especially) should be added on a daily basis. Ginger is one of the best products to help with Kapha removal, and patients are recommended to add a large amount of ginger, providing they don’t have  an allergy to it.

However, in yoga for overweight people, there is another danger of a psychological nature. An obese person often considers himself more vulnerable than other members of a group with a more moderate weight. Because of this, a person may again encounter the problem of self-esteem and think that he is not able to go into complex asanas. The only way to prevent this problem is to create yoga groups for people from the same weight categories. Moreover, yoga practice often shows that obese people turn out to be more flexible than their slender colleagues in the yoga room.

So here, the psychologist’s task is to help the patient not put emotional blocks, justifying their laziness and fears of being overweight. Then yoga will benefit health, psychological state, and help get rid of extra pounds. After all, yoga is not only gymnastics but a whole worldview.`