How often do you, outside the requirements of an assignment, ponder things like the workings of a distant star, the innards of your phone camera, or the number and layout of petals on a flower? Maybe a little bit, maybe never. Too often, people regard science as sitting outside the general culture: A specialized, difficult topic carried out by somewhat strange people with arcane talents. It’s somehow not for them.

But really science is part of the wonderful tapestry of human culture, intertwined with things like art, music, theater, film and even religion. These elements of our culture help us understand and celebrate our place in the universe, navigate it and be in dialogue with it and each other. Everyone should be able to engage freely in whichever parts of the general culture they choose, from going to a show or humming a tune to talking about a new movie over dinner.

Science, though, gets portrayed as opposite to art, intuition and mystery, as though knowing in detail how that flower works somehow undermines its beauty. As a practicing physicist, I disagree. Science can enhance our appreciation of the world around us. It should be part of our general culture, accessible to all. Those “special talents” required in order to engage with and even contribute to science are present in all of us.

So how do we bring about a change? I think using the tools of the general culture to integrate science with everything else in our lives can be a big part of the solution.

For example, in addition to being a professor, I work as a science advisor for various forms of entertainment, from blockbuster movies like the recent “Thor: Ragnarok,” or last spring’s 10-hour TV dramatization of the life and work of Albert Einstein (“Genius,” on National Geographic), to the bestselling novel “Dark Matter,” by Blake Crouch. People spend a lot of time consuming entertainment simply because they love stories like these, so it makes sense to put some science in there.

Science can actually help make storytelling more entertaining, engaging and fun – as I explain to entertainment professionals every chance I get. From their perspective, they get potentially bigger audiences. But good stories, enhanced by science, also spark valuable conversations about the subject that continue beyond the movie theater. 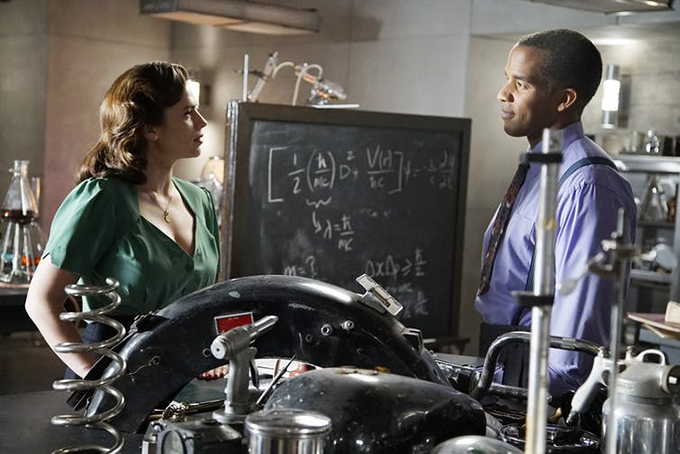 Science can be one of the topics woven into the entertainment we consume – via stories, settings and characters. ABC Television

Nonprofit organizations have been working hard on this mission. The Alfred P. Sloan Foundation helps fund and develop films with science content – “The Man Who Knew Infinity” (2015) and “Robot & Frank” (2012) are two examples. (The Sloan Foundation is also a funding partner of The Conversation US.)

The National Academy of Sciences set up the Science & Entertainment Exchange to help connect people from the entertainment industry to scientists. The idea is that such experts can provide Hollywood with engaging details and help with more accurate portrayals of scientists that can enhance the narratives they tell. Many of the popular Marvel movies – including “Thor” (2011), “Ant-Man” (2015) and the upcoming “Avengers: Infinity War” – have had their content strengthened in this way.

Encouragingly, a recent Pew Research Center survey in the U.S. showed that entertainment with science or related content is watched by people across “all demographic, educational and political groups,” and that overall they report positive impressions of the science ideas and scenarios contained in them.

This kind of work is not to every scientist’s taste. Some may instead prefer engagement projects that allow them more control of the scientific content than can be had when working on such large projects in the entertainment industry. Often, they instead work on nonfiction science books for the general reader. Here, I think we also need a change.

The typical expert-voiced monologues that scientists write are a wonderful component of the engagement effort, but the form is limited. Such books are largely read by people already predisposed to pick up a science book, or who are open to the authoritative academic’s voice telling them how to think. There are plenty of people who can engage with science but who find those kinds of books a sometimes unwelcome reminder of the classroom.

Following from my belief that science is for everyone, I suggest that publishers need to work with scientists to expand the kinds of books on offer, assured that there is an audience for them. This is currently difficult because publishing companies are risk averse: Something truly original in form likely will have trouble getting past the book proposal stage. 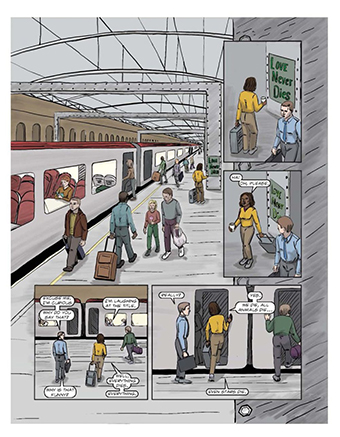 Progress is possible, however. Many years ago I realized it is hard to find books on the nonfiction science shelf that let readers see themselves as part of the conversation about science. So I envisioned an entire book of conversations about science taking place between ordinary people. While “eavesdropping” on those conversations, readers learn some science ideas, and are implicitly invited to have conversations of their own. It’s a resurrection of the dialogue form, known to the ancient Greeks, and to Galileo, as a device for exchanging ideas, but with contemporary settings: cafes, restaurants, trains and so on.

I decided it would be engaging for the reader to actually see who’s having those conversations, and where, instead of describing them in words. This led me to realize that I was contemplating a powerful form of visual storytelling: Graphic novels for adults have matured and exploded in popularity in recent years. Spiegelman’s “Maus: A Survivor’s Tale,” Satrapi’s “Persepolis” and Bechdel’s “Fun Home” are just three well-known examples.

But the storytelling tools of the graphic book have been little used in the quest to convey nonfiction science ideas to a general adult audience. The vast majority of contemporary graphic books with a science focus are presented instead as “explainer/adventure comics” for younger audiences. This is an important genre, but graphic books about science should not be limited to that.

And while there are several excellent graphic books for adults that include science, they typically focus instead on the lives of famous scientists, with discussion of the science itself as a secondary goal. Some excellent recent examples that balance the two aspects well include Ottaviani and Myrick’s “Feynman,” Padua’s “The Thrilling Adventures of Lovelace and Babbage,” and Doxiadis and Papadimitriou’s “Logicomix.” The scarcity of science-focused non-biographical graphic books for adults is especially true in my field of physics. So I decided that here was an opportunity to broaden the kinds of nonfiction science book available to engage the public. 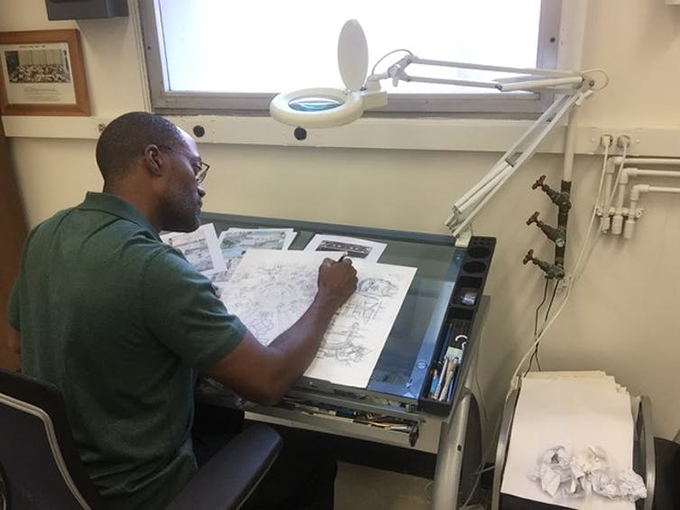 So over six years I taught myself the requisite artistic and other production techniques, and studied the language and craft of graphic narratives. I wrote and drew “The Dialogues: Conversations About the Nature of the Universe” as proof of concept: A new kind of nonfiction science book that can inspire more people to engage in their own conversations about science, and celebrate a spirit of plurality in everyday science participation.

Science increasingly pervades many aspects of our lives. If people succumb to the typical view that science is difficult and should be left to experts and nerds, the most important decisions about all of our lives will be made by just a few people: from the quality of the water we drink, our medical treatments, energy sources, through to action on climate change. That is not a democratic situation. Moreover, it makes it easier for a powerful few to sideline or misrepresent important ideas and lessons about our world that come through scientific research.

To push back against that scenario, it’s important for scientists to try to engage the public with science. In a changing world, it’s important to keep looking for new ways to do that.

Author Bio: Clifford Johnson is a Professor of Physics and Astronomy at the University of Southern California – Dornsife College of Letters, Arts and Sciences