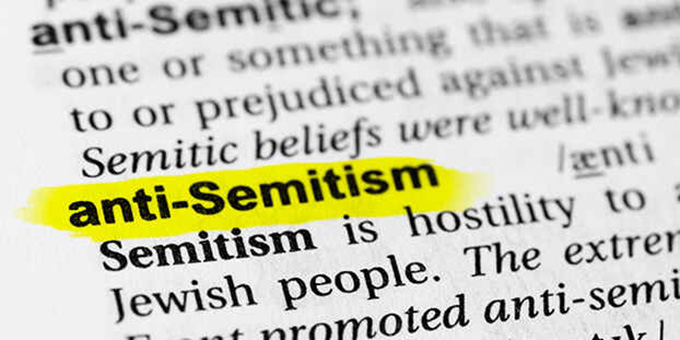 All forms of racism are a scourge, and they have to be vigorously addressed. Antisemitism is no exception. Yet, tragically, the fight against antisemitism has been the subject of controversy over the past few years, as a result of attempts to impose a definition of the phenomenon that is flawed and self-serving, seeking to equate criticism of Israel with slander against Jews.

I am referring, of course, to the “working definition“ of antisemitism complied by the International Holocaust Remembrance Alliance (IHRA), which the UK education secretary, Gavin Williamson, has ordered universities to adopt – with threats of funding cuts for those that do not.

The definition itself is not particularly controversial: “Antisemitism is a certain perception of Jews, which may be expressed as hatred toward Jews. Rhetorical and physical manifestations of antisemitism are directed toward Jewish or non-Jewish individuals and/or their property, toward Jewish community institutions and religious facilities.” However, the IHRA’s examples of contemporary antisemitism include “claiming that the existence of a State of Israel is a racist endeavor”. Apologists for Israel’s recent behaviour have sought to insist these examples are part of the definition (despite the IHRA’s disclaimer that the “overall context” of such assertions should be taken into account) in an attempt to silence those who draw parallels between Israel’s treatment of Palestinians and white South Africans’ former treatment of their black fellow-countrymen in the apartheid era.

The IHRA definition has been used to attempt to silence critics of the way that Israel was created and of its recent behaviour. This exemplifies the fact that, as others have noted, the definition’s adoption by universities would impact on free speech by branding those who make legitimate criticisms of Israeli history and policy as antisemitic.

Luckily, many UK universities have so far resisted Williamson’s injunction to adopt the IHRA definition. But concern is mounting about its widespread use – and the setback to the fight against antisemitism that has arguably been caused by tarring fair-minded critics of Israel with the same brush as the Nazis.

This concern is the reason that, for two years, more than 200 of the world’s leading scholars on antisemitism and Holocaust studies – Jews and non-Jews, within Israel and outside – have been discussing how antisemitism could be better defined. Last week, they issued their conclusions: the Jerusalem Declaration on Anti-Semitism.

This defines antisemitism as “discrimination, prejudice, hostility or violence against Jews as Jews (or Jewish institutions as Jewish)”. Like the IHRA definition, it provides examples of antisemitic behaviour, which include things like “applying the symbols, images and negative stereotypes of classical antisemitism…to the State of Israel”. But, unlike the IHRA, the Jerusalem Declaration also gives examples of activity and speech that are not antisemitic, including “evidence-based criticism of Israel as a state…its policies and practices, domestic and abroad, such as the conduct of Israel in the West Bank and Gaza”.

This far more nuanced definition clearly distinguishes legitimate criticism of Israel and its behaviour from antisemitism as hate speech and activity against Jews wherever they may be. It also breaks the rhetorical link between Israel and Jewishness and rejects Israel’s claim to speak for Jews everywhere.

The Jerusalem Declaration is not without its critics. Palestinian activists object that it makes no reference to the rights of Palestinians and behaviour prejudicial against them. More generally, some anti-racist campaigners complain that it singles out antisemitism for special treatment, ignoring racism based on colour and hate against other religions – which is at least arguably more severe and widespread in many Western countries.

However, the preamble to the Jerusalem Declaration does, importantly, put antisemitism in the context of race hate more generally. And the fact that antisemitism has arisen as an issue in its own right, with a flawed definition pressed upon universities and others means that a better definition of this specific form of racism is required. The Jerusalem Declaration provides one that is far more acceptable and less damaging to free speech. That represents a considerable advance; we must not allow the best to become the enemy of the good.

The Jerusalem Declaration should be embraced and adopted as a working definition by governments and institutions. In the UK, universities remain autonomous bodies and politicians have no business in imposing on them a definition of antisemitism. But senates and governing bodies should be urged to adopt the Jerusalem Declaration as a weapon in their armoury against antisemitism and racism more generally.