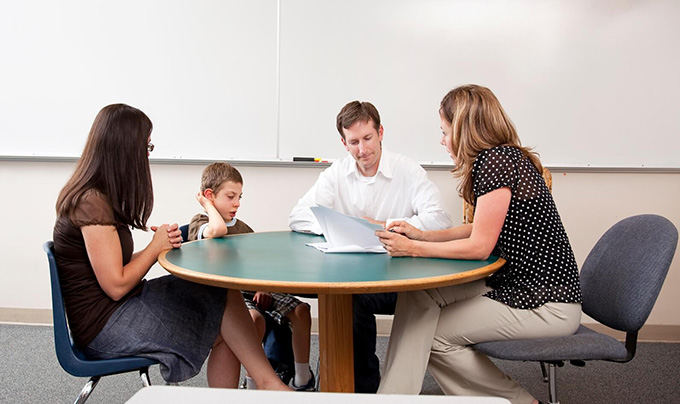 As school winds down for the summer, it is worth considering the past 16 months of pandemic schooling. As difficult as this time has been for schools and families, it provided an opportunity to ask: What insights into parent-teacher relations has the pandemic provided so far?

The adage “it takes a village to raise a child” was put to the test when the pandemic forced school closures beginning in spring 2020. Parents took on a role for which most were unprepared.

With the help of a doctoral student, I conducted a web-based survey in Alberta, then interviewed volunteer parents and teachers between June and August 2020.

We learned that the pandemic both strained and strengthened parent-teacher relations.

As an educational researcher who focuses on parents’ roles in schooling, I have observed a tendency to romanticize the dynamic. I’ve frequently heard: “It’s all about relationships!” Yes, that’s true, but that assumption doesn’t consider that relationships are not always positive.

There is evidence, for example, that educators in Alberta feel they are increasingly working against parents rather than with them. We also know that events like natural disasters can bring people together.

When the pandemic forced school closures in March 2020 in Alberta, emergency remote teaching meant many parents were involved beyond monitoring children’s progress.

Forty-five per cent of parents reported their understanding of the demands of teachers and their respect for them increased.

First, when we speak about the importance of relationships, we must remember that both parents and teachers make assumptions about the other that may be based on differing values and expectations, and incomplete or downright false information.

For instance, a common concern among teachers during the early stages of the pandemic was for the parents who were non-communicative. On survey comments and during interviews teachers said some parents were “ghosting” them. Parents admitted that they minimized time spent on school, or dropped out completely.

In response to questions about challenges experienced during school closures, we learned that there was confusion about who was performing expected roles — something psychologists have described as boundary ambiguity.

Central to the problem was that teachers were not sure how much to press families. And, parents felt that they had become the teacher but simultaneously realized they were unable to motivate and support their children the way teachers could.

“Parents aren’t meant to be teachers,” were parents’ common laments. Parents and their children fought. The intrusion of school in families’ private spaces created tensions. Some parents dealt with the boundary intrusion by giving up school to save the family dynamic. Teachers might not have realized that some families had to negotiate such trade-offs, assuming apathy drove parents away.

Moreover, the erosion of the physical boundary between home and school meant that students were distracted by TV and video games and other leisure temptations. Parents realized that teachers not only have expertise, but a special power to focus students and motivate them to do schoolwork. Some children simply refused to complete work until a teacher was present on a screen. Role ambiguity resulted because there was a natural elevation of parents’ roles in their children’s learning without the status of the professional role.

In addition, teachers may assume they are communicating through reporting and interviews with parents who know their children better than they do. Parents and teachers discovered Zoom as a convenient way to have timely and meaningful discussions about children’s learning during emergency remote teaching.

Having to sit beside their children and watch them complete school work, however, opened many parents’ eyes to their children as learners. Many admitted that report card comments and parent-teacher interview discussions all of a sudden made sense. Without directly witnessing their children engaged with school, parents may not really know their children as students as teachers do.

Into the “next normal”

A common assumption is that effective parent-teacher relations depend primarily on parent-teacher interactions. Much of what happens between parents and children at home, however, can influence how parents and teachers ultimately engage or not. Parents may choose to protect their relationship with their child by backing away from homework and other curricular activities.

They may value education, but value their family more. Perhaps it is worth teachers and parents discussing the parent-child or family dynamic in this particular context to determine whether and/or how parents can play a supportive role in their children’s learning. Teachers cannot assume prescribing parent involvement in homework is a positive strategy, or that their refusal to participate means they are apathetic.

The pandemic has also offered an opportunity to reconsider traditional approaches to sharing children’s progress such as report cards and once or twice-a-year parent-teacher interviews. The screen may provide parents with safety during virtual conferencing to ask more questions, to admit to not really understanding and to seek clarification.

The pandemic clarified a distinction between informing parents and communicating with parents. While traditional practices like in-person parent-teacher conferences may continue to work for some, virtual conferencing may be more convenient, inviting and ultimately effective.

Finally, parents do teach, but their teaching unfolds organically within the context of family life. “Doing math” while baking cookies with a parent is positive for children; working on math problems with a parent may not be.

The nature of teachers’ authority differs from that of parents. Thus, while parents and teachers are part of the village necessary to raise the child, they do not perform the same roles. It took a virus to help us see the value in honouring a division of labour.

Author Bio: Bonnie Stelmach is Professor, Faculty of Education at the University of Alberta