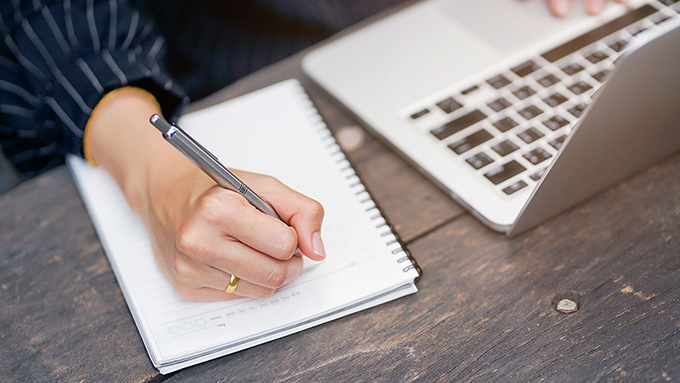 To begin with, I will invite the readers of these lines to pick up a pen and write on a piece of paper “What does the writing hand do?” », That is, to experience writing intentionally and consciously of the gesture.

It is very likely that, just like the more or less willing students to whom I ask to go to the blackboard and do the same thing on the first day of class, you will feel a certain surprise, even embarrassment, at the instructions.

Indeed, it involves a physical effort that we make less and less, and causes a mise en abyme: we do not find ourselves just writing something, but something about the very gesture that we are in. in the process of accomplishing. What is more, it is a question, which forces us to position ourselves.

So what does the writing hand do? Much more than writing, of course.

In the digital age, when keyboards and styluses are increasingly replacing pencils and pens, phenomenology can help us question the gesture of writing. Seemingly innocuous, it says a lot about the way we build our relationship to the world through our bodies. It arouses an intention which affirms our existence and our presence in the world in a unique way.

Consciousness embodied in the self

While many debates in neuroscience and education weigh the pros and cons of handwriting and typing, we rarely dwell on the gestures themselves. Now, ask the question “what does the writing hand do?” ”Forces us to do so. Because it is a phenomenological question , a philosophical current born of major figures such as Husserl or Heidegger, and which focuses on things as they appear to us, as we experience them.

With my colleague Éric Faÿ , with whom I particularly studied the phenomenology of Michel Henry , we got into the habit of opening the first session of our philosophy courses (addressed to master’s degree students from business school) with this question.

By asking a few students to go to the board, choose a marker, and write “What is the writing hand doing?” », We ask them not only to consciously feel the gesture in their flesh, but to direct their attention and their intention towards this gesture. Because, in adulthood, it is too often performed mechanically and unconsciously.

In order to further radicalize the experience, they are often asked to write it a second time, this time with the other hand, which will have less reflex and less habit of making the gesture. There, the effort of writing by hand is tested in a more salient way. Then, by debriefing their feelings during the exercise, we bring out the fact that the students were really present at the gesture , all their attention directed towards the gesture of writing, and its why.

The students had an awareness of who they were, of their every move, and of the thoughts going through their minds. In short, the students had unwittingly practiced the epoch, or the suspension , the putting in parentheses of which Husserl speaks, also called phenomenological reduction, that is to say the method which allows us another presence in the world.

But beyond the provocative side of the exercise, what does a phenomenological reflection on the fact of writing by hand bring us? It has two big advantages.

When we write by hand, it’s not just to say something, but to affirm our existence. It is a way of fixing one’s presence, of expressing oneself through writing. Even from a legal point of view, there are documents that cannot be signed electronically: they must be printed and signed by hand in order for them to be considered official and legitimate.

Without going to the excess of a graphological interpretation , our handwriting reveals to us in a certain way: choice of the color of the ink, care given to the writing in terms of legibility, a certain aesthetic dimension in the fact of ‘have a more or less “beautiful” handwriting.

And it puts us in the category of right-handed or left-handed people, which is far from neutral in cognitive and cultural terms and, to this day, left-handed people still face discrimination, including in terms of available material suitable as scissors, or school benches with integrated side support shelf, only on the right side).

Behind acts considered as vandalism, this is also the existential raison d’être of the graffiti and first names marked on the walls, on the tree trunks or on the school benches. Contemporary echoes of drawings of hands on prehistoric caves – antechamber of writing and History – we engrave our presence, whether or not accompanied by an intention to the world via a sentimental message (for example “Julien likes Sophie”) , ideological (for example an anarchist logo), provocative (with an insult), or creative (drawing or poetry in a moment of escape or boredom).

A school table thus keeps a handwritten trace of the pupils who occupied it in the past, it remains the material and silent witness of the generations which have succeeded one another. Engraving it with your hands is a way of making it your own, of not leaving it as an anonymous object or a simple classroom support tool, but as a materiality in which we ourselves are.

This affirmation of our existence is underlined by the corporality implied by the handwritten gesture. The effort that “hurts” to scratch a surface that resists us more or less depending on the material. The ink that stains our nails. The pliers that shape us calluses on the middle finger over time, thus keeping a physical trace of our lives and our writing habits, just as the hands of the ironworker or the pianist also develop particular shapes. 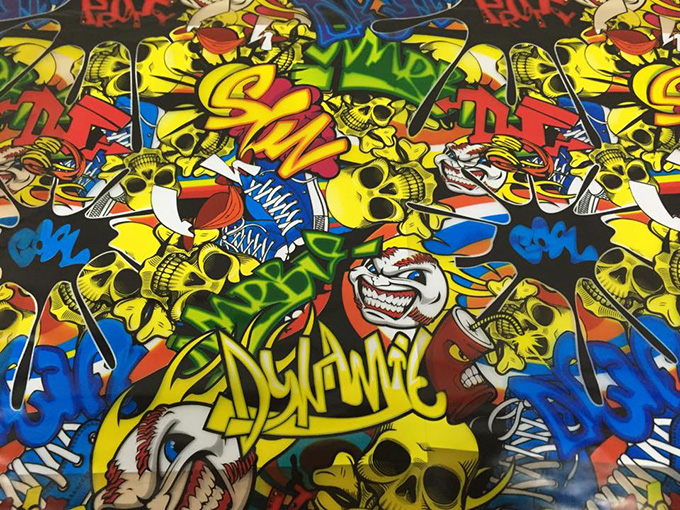 Graffiti as a means of engraving a presence?

In some of my works , I join the growing calls for a return to an embodied writing including in scientific texts, having sacrificed too much to an alleged objectivity of science having to go through a disembodied, flat and sterile writing where one forgets the role of bodies and in particular of the fingers in a writing in which the author must step aside .

It’s not just what you write, but the way you write that matters. Handwritten or not , (and besides, cursive or script also has impacts) writing always uses a tool to imprint itself on a surface. But the bodily relationship to writing and to the world changes depending on the tool. And our learning too, since the brain is called upon differently.

Massive home schooling during periods of confinement linked to the Covid-19 pandemic have accentuated the already very influential role of keyboards and screens in education, at all levels. More than ever, those who are attached to handwriting are seen as out of date, unsuited to changes in the contemporary world.

However, let’s not forget that the benefits in terms of learning , memorization by the gesture of writing (sensorimotor ) and understanding (avoiding the temptation of multitasking on a computer for example) are recognized in the case of writing handwritten.

Despite their reluctance in front of the prohibition of computers in my classes, in my (anonymous) evaluations at the end of the semester I often find thanks from students: “we would not have done it ourselves, the temptation is too great. , but thanks for banning computers! “. We may save time (provided we know how to type quickly) but we remember less …

Another crucial difference: erasing is much easier on a word processing document, such as Word. No need to take out the corrective white or the eraser which will inevitably leave traces on the sheet, stains whose dirt testifies to irregularities but also to the paths of thought.

The effort of potentially having to start over forces us to weigh our words differently when writing them by hand. There would therefore be a virtue linked to the difficulties of erasing handwriting, and which would be lost with the ease of erasing on the screen, because in a way encouraging a more volatile, inconsequential, short and “tweeteable” thought, and sweepable with a single click.

Conversely, annotating and underlining a passage in a text is much easier and faster with a pencil. These are actions that are still possible on the screen, but require much more time and clicks, which makes you lose track of reading. So even reading is different whether you do it with a pencil in your hand or with a stylus or mouse.

The pen / pencil remains so influential , moreover , that certain technological innovations are tempted to reproduce the feeling of writing by hand on a tablet (for example, PaperLike, for iPad ) with ever more sophisticated styluses and films (and more expensive).

Thought is articulated differently by the possibility of writing with one’s hands. Linguists continue to remind us of the strong connection between elements of our bodies and our cognitive abilities, as our fingers and our decimal number system, long before the era digit shilling .

Thinking about handwriting as such is at the heart of the neglected aspects of writing meta-research – whether literary or scientific – more focused on the outcome, on the content that is written about writing, than on the act and the way of writing in oneself. But thought is at the tip of the tongue as at the tip of the fingers .