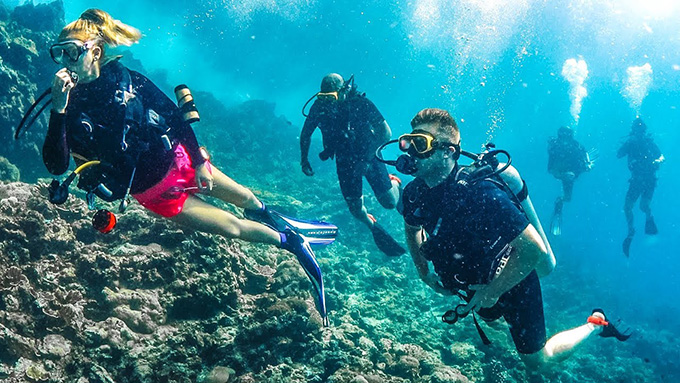 Me: “Why? I thought it was very popular, to judge by reader’s comments.”

Editor: “Oh it is, and we like it quite a bit, too. But we’re worried that you won’t be able to continue to be as good, so we’re ending it before that happens. Sorry.”

–Back when I wrote for magazines, back when there were magazines, this is how I lost one of my side jobs.

The corporate mentality is incredibly risk-averse once the corporation reaches a certain size. It’s often a self-destructive trait, as a willingness to take risks often was the main reason the company achieved that size in the first place. Nevertheless, once a business gets large enough to support a middle management, those guys do whatever they can to make sure nothing happens to shrink the company back down to the point they don’t need middle managers any more.

In any event, this risk aversion is a core value of our largest corporations, leading to far more sequels than new ideas in our movies, for example, and it seems every few years we see another large company simply obliterated because it failed to take even a small risk by way of adapting to possible changes in the world (hi Blockbuster!).

Stumbling over to higher education, our administrative caste is filled with people trying to adopt the corporate mentality. Not just in the “innovative” student-as-customer paradigm or endless self-promotion to get more student loan loot, but also in shutting down anything that might bring risk to campus, especially in a way administration can’t control or profit from.

A recent example highlights this mentality:

Penn State Lets Students Keep Their Scuba Club, But Only After They Swear Never to Host Scuba Trips Again

So, you can join the campus scuba club…but only if you don’t actually scuba. It’s so weird; I’ve seen fraternities disbanded over a single hazing incident gone wrong, and we’ve seen plenty of horrific injuries (and vicious criminal behavior) regarding sportsball players without the teams being shut down. Surely there was some huge accident slaughtering dozens of scuba aficionados, to justify this action?

No one at Pennsylvania State University has ever drowned on a scuba-diving trip,…club has existed for 50 years and has never had a safety issue.

So, nothing has actually happened in decades of operation, admin is simply afraid something might happen at some point, and then possibly an administrator might lose her job.

The club can still meet, mind you, but no more trips for them. Well, to clarify:

Penn State’s recreation department has promised to organize scuba trips on behalf of interested students. These trips would happen under administrative supervision.

Wait…what? Administrative thinking is just so weird. We’re supposed to accept that students are responsible enough to check a box damning them to a lifetime of student debt, but can’t organize scuba trips, not even with a 50 year track record of being able to successfully do so?

Why do our campuses even have “recreation” departments, anyway? Clearly they mainly exist simply to justify yet another administrative fiefdom, ever eager to expand its own power regardless of how it impacts anything else.

You can bet the administratively organized trips will be laughable—scuba diving in swimming pools, perhaps, and certainly nothing more than 6 feet deep (if that much) in any event.

It is actually pretty generous of the university deanlings to even allow students to get together and discuss this risky behavior all by themselves. Other “dangerous” clubs are being disbanded entirely:

Penn State recently decreed that three student-led outdoor adventure groups—the hiking club, the cave exploration club, and the scuba club—would have to disband due to safety liability concerns, even though none of the long-running clubs had ever reported a problem.

The hiking club? Seriously? This university is admitting students so reckless that they cannot be trusted to walk without administrative supervision? It’d be easier to believe the university’s concerns as legitimate if, you know, there had been an actual problem.

I feel the need to point out that Satanists can form clubs on campus, and there are even “After School Satan” meetings at grade schools…but hikers can’t form a club. Too risky, you see. Something might go wrong.

We really, really, need to ask ourselves if the “leadership” in higher education belongs on campus.

In any event, the scuba club had to beg permission to still exist on this campus, which was generously granted provided they didn’t actually do any scuba diving on their own. I suppose the other clubs had too much pride to grovel before these self-proclaimed masters of the universe, and kudos to them.

I remind the gentle reader that this is happening at Penn State, notorious for “after school” activities going on in the showers…to date, those showers are still there, and there’s no interest in shutting down showering on campus, even though there’s a clear liability issue.

The comments section righteously laughs at this administrative push for more control and one comment highlights a possibly more important issue than simple risk aversion:

it is all about Penn State’s Adventure Recreation office charging students money for trips that they used to do for free. The Scuba Club had a sizable endowment and could pay for trips for their members. Now the members must pay Penn State.

I concede there’s some truth in the above, but the way how funding and pay is handled on campus is so bizarre nowadays. The administrator who changed these clubs so that the members will end up paying hundreds of dollars to Penn State to “organize” things they used to do all on their own, will probably get a $20,000 pay raise for his “bold” plan to increase revenues.

While the above is my primary explanation for this particular bizarre behavior by our leaders at Penn State, I do concede another possibility: lowering insurance premiums. I hate to keep referencing what went (goes?) on in the showers at Penn State, but I suspect their insurance company, upon finding out just how severe the corruption is there, and rightfully suspecting the place still has many pedophiles leading to future lawsuits, decided to raise their premiums. While I’m no fan of insurance companies, I see their point here, as they set their original premiums assuming, as the university puts in writing, that the university will act with integrity. Now that it’s common knowledge that Penn State doesn’t act with integrity, the risks for lawsuits are far higher. So, shutting down these “risky” student organizations is a means to lowering those premiums.

And so I puzzle over the reasoning behind yet another strange plan by the leaders in higher ed. Meanwhile, bold plans to improve education and restore integrity to higher education are still non-existent, and will likely continue to be so. Such a plan would risk losing all those sweet student loan checks, after all.