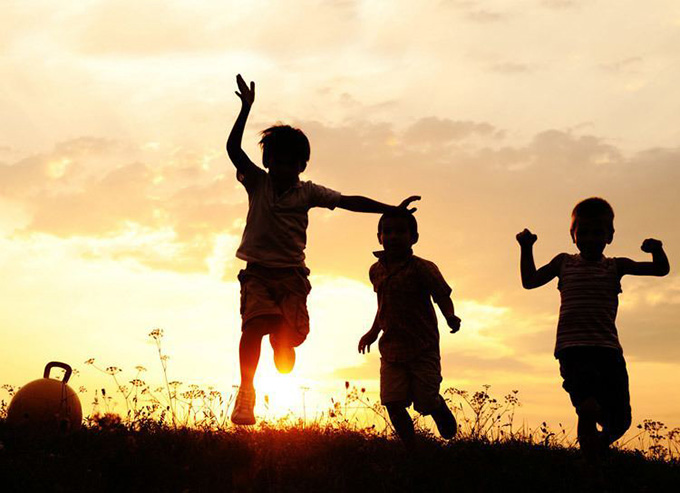 Contrary to what the title of his book The Postmodern Explained to Children (1986) suggests , Jean-François Lyotard’s thought is not the most accessible, a fortiori for our dear blond heads. A philosopher commonly associated with the motley and questionable movement that is French theory , he seems to have been eclipsed within it by the thoughts of Foucault, Deleuze or Derrida whose popularity across the Atlantic and posterity have long seemed more assured.

Reputed to be difficult, Lyotard’s work has nevertheless left a more important legacy than it seems, notably thanks to a critical work on the concepts of “postmodern” and “dispute” that he helped to popularize.

Why, on the other hand, call Lyotard in order to think about childhood today? First of all because the notion of childhood appears as the last bastion of his thought, a last detour which only appears explicitly with the publication of his Lectures d’enfance in 1991. We would thus be tempted to see in this thought of childhood a last legacy of the philosopher, a terra incognita remaining to be explored.

Recent research work on it shows this enthusiasm for a notion whose deployment and meanings still largely remain to be identified and defined. The works of Claire Pagès and Paul Audi , as well as recent university research , thus set out through their investigations into childhood in search of the man who is commonly called the “last Lyotard”. 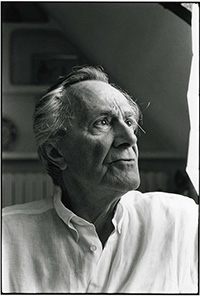 The challenge is both to grasp this thought of singular childhood but also to inherit it, extend it and possibly open it to other horizons, as in my own thesis work around the photographer Helen Levitt .

What we can recognize in the first place in this conception of childhood is the seriousness accorded by Lyotard to what has only slightly interested philosophy as such, to what has not interested him only indirectly. If the philosophers have in fact long considered the question of childhood, it is almost always, it seems, to think about its education, that is to say the way of bringing it out of itself to reach adulthood.

In the wake of Émile de Rousseau who conceives the formation of children in the perspective of an improvement of the human race and the child as a potential adult, anyone who thinks childhood would inevitably be interested in his education, it is that is to say in fine with the prospect of its erasure. It is thus, paradoxically, always in the adult or in a “becoming-adult” that one carries interest by leaning, through the question of their education, on the cradle of the children.

As Philippe Ariès recognizes , childhood has long been ignored by historians and “it is through education that the child entered the changing world of history”. It would therefore remain to form a new thought of childhood that is not an education manual, to change the outlook or, better, to invent a gaze that considers childhood for itself.

Rereading Lyotard’s thought would first of all compensate for an apparent neglect on the subject, repair an oversight to allow us to change our prism on childhood. Lyotard takes a turning point by focusing not on the education of children but on childhood itself, in what belongs to it. Education is always already a form of alienation in which the adult would be caught, it would be necessary, in order to reach or rediscover childhood, to shed a certain gaze on it. 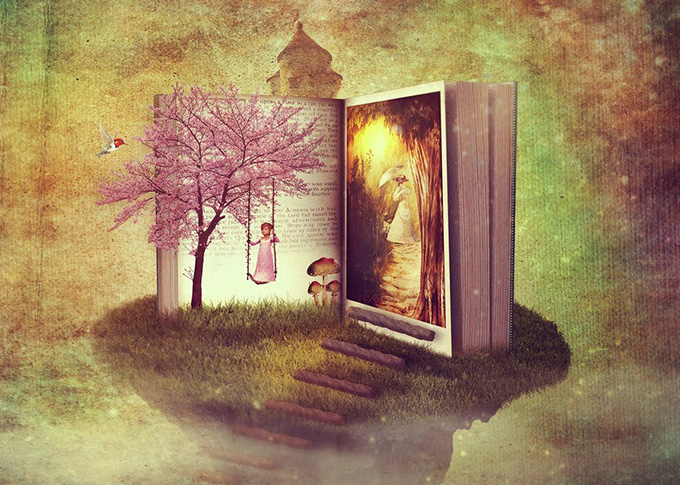 It was at the turn of the 20th century that children’s literature as we know it emerged, giving pride of place to the imagination. DarkWorkX from Pixabay

How can Lyotard help us shed our adult outlook on childhood? How can he escape this paradox so common that our childhood seems to slip away from us when we try to look it in the face, like Orpheus turning to Hell? How finally to grasp, how to say without betraying it what Lyotard sometimes calls “the childhood thing”?

Childhood as a voice

Changing our outlook on childhood, here is what Lyotard invites us to do first. The gesture of displacement that he makes with his new definition of childhood is both revolutionary and complex: for him childhood is not an age of life but a relationship to speech and language.

Childhood according to Lyotard is “the other of all discourse”, an irreducible silence which inhabits, hollows out, works underground language: “what is not spoken” he writes in Lectures d’enfance. , returning to the first etymology of infans which designates the young child deprived of speech. Because for Lyotard it is not only a question of changing his outlook on childhood but also of reversing the logic of the gaze, of adopting a new paradigm by defining childhood as a “voice”.

If the adult does not manage to look his childhood in the face, perhaps it is quite simply because childhood is not an image but a voice. An inaudible voice to which it is advisable to pay particular attention, to listen attentively and to which Lyotard recognizes a privileged mode of manifestation in literature and in art in general.

Childhood is in us like a voice that would resonate loudly and from afar, and to which we would have the responsibility not only to listen, but to respond. This is how we must understand the expression of “childhood debt” used repeatedly by Lyotard: the adult, through art, would never stop paying an original registered debt. in us at birth.

What can we do to respond to this voice of childhood inscribed in us like a debt, a call to which we would be summoned to respond?

If we have difficulty responding to him, it is not so much because childhood is an inaudible or voiceless voice as because we adults are guilty of deafness towards him. In a way, we can see with Lyotard art as the only adequate way of responding to (or to) childhood in us. Because childhood is not only a voice but a mode of sensitivity, a way of seeing the world and being affected by it.

We could compare this definition here with the approaches of Baudelaire or Walter Benjamin , who see in childhood a regime of sensitivity from which the artist or the writer not only can draw inspiration but that they update, revive and live by ‘art.

The Baudelairean adage according to which, for the artist, “genius is childhood rediscovered at will”, thus seems to resonate with a certain Lyotardian reading of childhood. With the difference that, for Lyotard, childhood cannot be found again because we have never lost it and that, if it is invisible to us, it is because it lodges itself in us silently.

To reread Lyotard on childhood today, it is to confront this thought in a critical way by extending it to better appropriate it. It is to be attentive to a paradoxical form of forgetting childhood, characteristic of the repression operated by what Pontalis called our “child-care societies” and to attempt to take, as the philosopher and psychoanalyst Anne Dufourmantelle wrote, “the risk of childhood “.

It is about embracing its cause, its fears, its desires, its delusions, its imperfections. To seek in art the forms taken by this phantom childhood that haunts language and works, to recognize its accents in a text or a painting, a photograph.

My research work thus implements a reading of childhood inherited from Lyotard in articulation with images, in this case the photographs of the American Helen Levitt whose children disguised or masked, in play and in perpetual movement, draw a body language to decipher, translate and make speak, such as hieroglyphics, rebuses or puzzles marked with chalk on New York walls and sidewalks.

Author Bio: Marguerite Demoëte is a PhD student and Lecturer in Philosophy of Art at the University of Lille