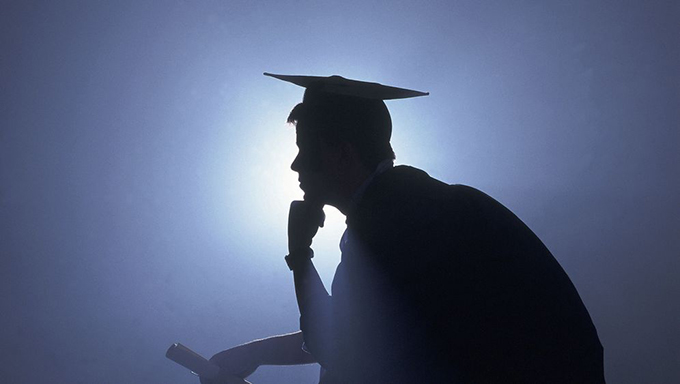 “Plagiarism” is the name of the collective neurosis of academic life – and it’s only getting worse.

Academics worry endlessly about both being plagiarised and being accused of plagiarism. The concern has even extended to self-plagiarism, which in a saner world would be regarded as an ordinary exercise of the author’s copyright. Moreover, the neurosis has spread from the research to the teaching side of academia. Customised computer systems now monitor students’ work to ensure that they haven’t cut and pasted from anyone, including themselves.

Wherein lies this madness? After all, from a strictly legal standpoint, the fixation on plagiarism gets the point of assigning property rights to intellectual products exactly backwards. The point is not to create an endless trail of debt, whereby those who come later must always pay backwards to their predecessors before proceeding forwards. On the contrary, the point of intellectual property rights is to ensure that those who come first enjoy a temporary advantage, before others appropriate the work to their own potentially greater advantage.

The sanity of the law here rests on an awareness that “intellectual property” – defined in terms of either ideas or words – is something that could have been generated by anyone, and it is only circumstance that enabled a particular individual to come first. It tracks a basic intuition about how ideas and words come to have value – namely, from the contributions of many to the benefit of many. In this respect, “intellectual property” is ultimately a matter of collective ownership. Indeed, it was a cornerstone of Pierre-Joseph Proudhon’s original 19th-century formulation of the philosophy he called anarchism.

The literary and art worlds have traditionally had a healthier relationship to plagiarism. For them, the problem with plagiarising an earlier work is less about being caught than, if caught, being judged to have produced a work inferior to the original. In the arts and letters, one’s own genius is proven only in so far as the audience forgets or ignores those from whom one has plagiarised. The late Yale literary critic Harold Bloom famously characterised the creative measures taken by poets to suppress their sources as the “anxiety of influence”.

In contrast, as University of Kentucky law professor Brian Frye has observed, plagiarism’s taboo status in academia has turned the university into a modern police state, based on principles that would not be out of place in medieval feudalism. Any academic is licensed and even encouraged to name and shame anyone else as a plagiarist, regardless of whether the plagiarised party cares that her words or ideas have been appropriated without permission.

Needless to say, students are also fair game in this world of intellectual vigilantism, around which some appalling pedagogy has developed. Instead of finding their own voice, students are instructed to prioritise looking for authorities who anticipated what they would like to say. It results in a weird kind of ventriloquism, sometimes called “dummy citation”. This is the practice, routinely found in both student and academic writing, of crediting “leading figures” with discipline-based truisms in order to demonstrate one’s own worthiness to contribute to the field. In both contexts, one’s own contribution is needlessly minimised, while the significance of one’s precursors is artificially inflated.

Of course, there is value in studying those who have previously followed a similar line of enquiry. But much of that value may be realised by effectively recycling old content in a new context. The student who cuts and pastes an earlier work in a way that satisfies the demands of an assignment is acting no differently from one of Bloom’s anxious poets who succeeds in obliterating the memory of those from whom she plagiarised. Both the student and the poet have exercised critical judgement, the proof of which lies in its reception. Does the plagiarism contribute to an original work or merely a poor copy of the original?

When aestheticians say that every great artist is a great critic, this is what they mean: great artists know what is worth using, and they use it well. The recent educational focus on “curation” aims to recover this attitude from the academic obsession with plagiarism.

Here, academia could learn from the writing conventions of other fields that conduct research. Take journalism: other journalists are explicitly cited only when one cannot say something in one’s own voice. This may be due to the general style of expression or a specific claim to knowledge, for which the author judges that she cannot take personal responsibility. But it does not follow that, say, the journalist is oblivious that others have said similar things in the past, perhaps even in the exact same words. But those words have lost their proprietary status through sheer publicity over time.

Many if not most academics fancy themselves as “anti-capitalist”, but that may be because they are the last feudal lords. They alone take the metaphors “domain of knowledge” and “field of research” literally, which ultimately explains the fixation on plagiarism. However, in our multiply sourced, interconnected world, the plausibility that the practitioners of a discipline might “own” the knowledge they professionally pursue is rapidly disappearing.

Academics need to let go of plagiarism and re-establish their authority on different grounds.

Author Bio: Steve Fuller is Auguste chair in social epistemology at the University of Warwick.