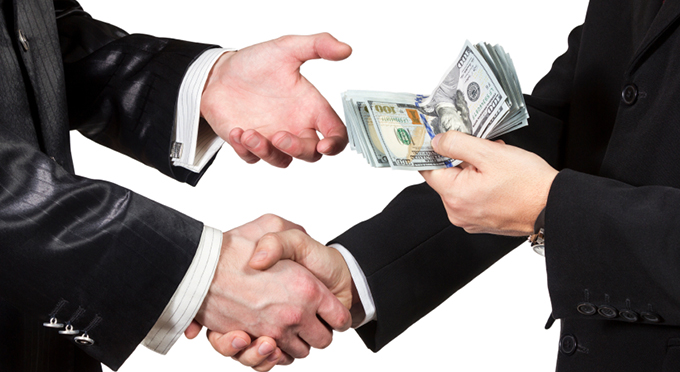 Time and again we’re told how we need more money for higher education, and tuition does nothing but rise. In addition to state funding and tuition, there’s another sweet source of revenue for our “leaders” in higher education to plunder: gifts from alumni.

Every school I’ve ever attended sends me requests for money. I’m not miserly, but knowing as I do what goes on in the administrative halls makes me pretty reluctant to give those guys more money. Most people don’t have any idea of the thievery here, because quirks in our laws make this kind of money hard to follow.

The recent plundering at University of Louisville-Kentucky provides a rare insight into how endowments are looted. As is so often the case, improprieties by the Poo Bah led to the revelations, so first some backstory:

Ramsey’s resignation, effective immediately, was accepted at a special Board of Trustees meeting that stretched roughly seven hours and included extensive negotiations, according to The Courier-Journal in Louisville…The two sides reached a deal that will pay Ramsey $690,000…

It always disturbs me when a Poo Bah gets a golden parachute for improper behavior. I’ve seen so many faculty perform their jobs with integrity, only to be fired for being trying to do an honest job and yet, at the top, it seems these guys get bonuses no matter how vile they are.

Why don’t their contracts include a “no bonus parachute if you’re caught stealing” clause? I thought of that clause all by myself, and I’m not particularly bright, so surely after years of misbehavior by Poo Bahs, someone else could have thought of it by now?

Now, that $690,000 parachute only represents a year or so of his pay…peanuts for Poo Bahs nowadays. Why did he accept such meager pay? Because he was double dipping, with a much bigger dipper in another till:

But Ramsey plans to continue at the University of Louisville Foundation….Ramsey is the foundation’s president, earning about $8 million between 2012 and 2014 in the role.

–the Foundation is one of many fiefdoms to deal with the free money from generous suckers alumni.

Holy cow! He gets 4 million bucks a year to handle the gifts. I want to really emphasize: despite this regal pay, he still had the balls to shakedown the university for another half million to leave his “other” job.

Lots of admin double dip like this. Why do these guys get paid so much when they clearly have time to work another full time job as well?

Anyway, the Poo Bah hoped to continue with this “job,” but the university wanted to be quite rid of him, so no deal. Now, he was getting this plunder, ostensibly, because he’s so brilliant with handing money, supposedly.

The foundation’s Board of Directors in many cases did not approve foundation activities or were not aware of them, according to the 135-page report, which was produced by an independent investigating firm and released Thursday.

–sadly, the report seems to no longer be available, so I’ll have to quote secondhand from it. It all jives true, however.

Now this particular foundation handles an endowment of around $700 million (keep in mind, the Poo Bah alone, looted over 1% of this as salary…there are loads of other admin to pay).

It is made up of 13 wholly owned subsidiaries and several joint-venture partnerships.

Each one of the above subsidiaries/partnerships probably has half a dozen or more Vice Presidents of Looting and Diversity raking it in. So, the Poo Bah gets his huge pay from his investment acumen. How’s that working out?

Investments in high-risk start-up companies are also examined. The foundation invested $9.9 million from its endowment pool into companies now valued at less than $2 million.

Wow, a  -80% loss, that’s pretty amazing considering the stock market has been booming the last few years. Maybe he could give back some of that salary? Not a chance, I know.

The foundation purchased properties at prices above appraised value. It paid $10.3 million above value for eight properties.

Any chance we’ll look into kickbacks here? It’s not like we don’t see this sort of real estate shenanigans every other month in higher ed. Either we’re consistently hiring Poo Bahs that can’t make a decent real estate deal to save their lives, or there’s plundering going on here. Gee, tough to decide, eh?

It’s amazing how admin screws over faculty time and again, and told “it’s policy, nothing we can do about it.” Policy never seems to apply to admin, though. Let’s see if this guy’s pay is justified because he can control costs:

Gosh, I sure wish I could get a job paying millions a year where I can do whatever I want and still get bonuses on top of the excessive pay. The kind of money that was poured into sportsball here is amazing:

The foundation spent $15.1 million for the athletic association, including $4 million for former football coach Steven Kragthorpe, as part of a coaching staff reorganization.

The foundation funded $800,000 in season tickets every fiscal year for the Office of the President.

Naturally, I couldn’t find any of the gift money being spent even remotely on education. The big-big money just went to admin:

From 2005 to 2016, the deferred compensation plan cost the foundation $21.8 million — $8.4 million in vested contributions, $4.1 million in accrued earnings and $9.2 million in tax gross-ups, which are reimbursements for taxes paid on income. Foundation officers worked to conceal the compensation from open-records requests. Contributions and earnings of $12.5 million went to just nine employees.

Deferred compensation is yet another shell game played with all the money pouring into higher education, these golden parachutes don’t show up in the budget, and yet still end up in administrative pockets.

I should point out that this is just the tip of the iceberg here when it comes to looting. Much as Wikileaks e-mails only give a strong suggestion of skullduggery, there are hints of some big things going on that weren’t put down completely in writing. A few snippets from strange e-mails:

“This note is between you, Tom [Jurich], Dr. Ramsey and me. I do not want it on the email where we have very little control. Please destroy your earlier note to me. I have done same here.”

“…Thought taking the vowels out of Minerva could work too,” the email said. “I’m fine with either but needs to be difficult to figure out for media.”

I grant that the Poo Bah lost his job here (not that it cut into his pay), but with this kind of money being stolen, wouldn’t it be worthwhile to get it back? Isn’t it obvious that the Poo Bah wasn’t doing it all single-handedly? I know how hard your typical administrator works, there’s no way he filled out all those checks to himself, by himself (it would require working more than 2 hours a day, which just isn’t possible for leaders of this stature). There had to have been more people involved.

Note to trustees: it takes two to exchange e-mails, so more than just the Poo Bah should get fired (and please reconsider the stupid-huge golden parachute rewards for this sort of behavior). You’re welcome for that insight which nobody on the Board could provide. Can I get a couple hundred thousand bucks now?

Considering the huge payout and the lack of even the basic investigation into how many people it takes to send/receive an e-mail, isn’t more likely the Board is in on the looting? I guess I’m just paranoid…

Anyway, all this looting eventual caused money problems, and so they had to curtail it a bit:

The foundation has also killed its controversial deferred compensation program, which provided about $20 million to a small group of administrators.

I’ve just gone lightly over the details, it’s quite thoroughly disgusting what these people are, successfully, getting away with. There’s been no talk of clawing even a nickel back.

The takeaway here isn’t just the plundering at this one school. This is how many state universities operate. Please, gentle reader, think long and hard before donating to these places. The administrative takeover of higher ed means the same people who corrupted and debased education now have control over your gifts. There is no reason to expect they’ll treat the gifts responsibly, much less with integrity.