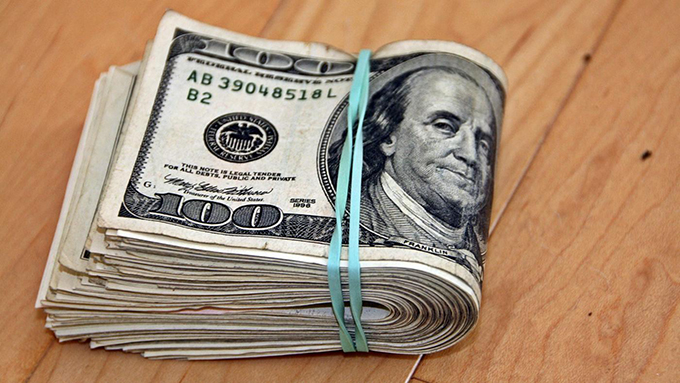 Usually when I talk about the looting of our higher educational system by the Poo Bahs “leading” it, I focus on their amazing pay and ridiculous perks. But there’s more, so much more to it, from huge construction kickbacks (honest, the mad building spree in higher ed exists for a reason) to pedophilic coverups (Hi Penn State, sure hope no other campus thought I was talking about them instead) to systematic academic corruption (Hi UNC, and I know you’re not alone).

The gentle reader might think these scandals are rare events, but I assure the reader this is not the case. The reason we only get a huge scandal every few months or so is because there’s no system of checks and balances. I’m not saying we need more government regulation, but the student loan scam has flooded our campuses with money, and that money attracted a plundering caste of administrators, who ruthlessly took over the system.

And, usually when I talk about California, I talk about the endless insanity on the campuses there, but this time around I get to look at truly breathtaking fraud, as the Poo Bah there is involved in a scandal of epic proportions:

Now, I’ve certainly caught quite a few Poo Bahs stealing a few million here and there, but Napolitano’s antics were over the top:

Former Obama DHS Secretary Janet Napolitano now serves as president of the University of California system, and a new audit has alleged that under her leadership, $175 million was hidden away as the system struggled. Not only that, Napolitano’s office reportedly interfered with the audit, rendering it unusable.

It used to be that the people who ruled over our campuses were stewards, protectors of the institution and guardians of the university’s mission of education and research. They made their decisions always with these goals in mind, granting a level of permanency to the institutions.

Now, a plundering caste of self-styled titans of industry, calling themselves leaders, control our campuses. Their goals have nothing to do with higher education, and instead their focus seems to be to direct as much student loan money as possible into their own pockets.

It used to be a few million or so per leadership action, but now we’re looking at $175 million vanishing. The amount of money flowing onto campus is amazing, it’s bizarre that our campuses are always struggling for more money when consistently these kinds of sums disappear in the plethora of fiefdoms on campus. It’s even more amazing when you consider that even our universities supported by tax dollars just can’t seem to get by no matter how much money is thrown at them.

Napolitano was no different than any other Poo Bah in this regard:

About $32 million of the $175 million that Howle’s audit found in the secret reserve came from campus assessment fees — money that the auditor said could have been spent on students and should be returned to the campuses.

Even as it accumulated the campus fees, Napolitano persuaded the Board of Regents to increase those fees in two of the four years audited, Howle said.

Most of the deluge of money flows into administrative positions. While campuses in general are suffocating under the weight of administration, Napolitano’s leadership is worse than most, as she requires many helpers to lead the campus into bankruptcy:

Look how wildly those numbers vary…how come nobody is asking obvious questions like “Why does Florida have 50% more students than Texas, but only requires less than 1/10 the high-administrators and 1/25th the budget?” And, of course, California just blows away everyone else—30x times as many staff as Florida and 80x the budget, with LESS campuses and LESS students.

And so Napolitano has to cry about how the system needs even more money, in addition to the student loan money and in addition to the taxpayer support already given. I guess it’d be gratuitous to throw in that these students are mostly just getting indoctrination anyway? It’s not like California campuses don’t have a pretty hefty reputation for fascist behavior now, right?

In addition to huge numbers of administrators, these guys are paid grotesque amounts, as the LA Times is happy to disclose:

The audit said: “10 executives in the Office of the President whose compensation we analyzed were paid a total of $3.7 million in fiscal year 2014-15 — over $700,000 more than the combined salaries of their highest paid state employee counterparts.”

I’m not saying I should be paid more, but it’s just so irritating that I can’t get a 2% pay raise over the course of a decade because there’s no money in the system, even as my bosses get 10% more each year. Another irritation is how I have to give money if I want to attend departmental get-togethers, while the bosses can party hard for free:

“The Office of the President also spent more than $2 million for its staff’s business meetings and entertainment expenses over the past five years—a benefit that the State does not offer to its employees except in limited circumstances,” the audit said.

But the above are just run-of-the-mill everyday abuses in higher ed, let’s get back to that $175 million looting. How was it found? Well, the employees seeing the looting had the opportunity to say something was wrong in surveys. How’d that work out?

When we compared the prescreened versions of the surveys to the versions the campuses subsequently submitted to us, we discovered trends that concerned us. Specifically, we found that the survey responses were changed in ways that made the Office of the President appear more efficient and effective. The most extensive changes were in the open-ended comments that campuses provided in response to our broad questions.

Surveys, surveys, surveys. I filled out many dozens of the things before I realized they were pointless. Oh, I’d make my helpful suggestions, I’d type up my comments (so that my handwriting could not be recognized) to the effect of “the frauds going on in the admin building are too big not to notice, why isn’t something being done?” and nothing would come of it no matter how large the font I used.

The reason, of course, is the surveys go to admin, and admin simply tosses, or in this case, changes the surveys so that complaints vanish (sure never seems to happen when students complain, however…).

It’s always the cover-up that gets you. The leader Napolitano knew she was doing wrong…otherwise why change the surveys? The poor leader just didn’t realize that, by a mere fluke, the regulator got copies of the original surveys so they could see the changes being made.

Even though they have two sets of surveys, and know what’s going on, they’ll just toss the surveys because they’re “invalid.” So, the leader Napolitano will be off the hook for obvious skullduggery. Looking in the ol’ crystal ball, I see she’ll get no jail time for this fraud, nor will anyone else, and, in a year, probably less, she’ll resign and get a sweet golden parachute.

Anyone want to take bets against my crystal ball? The crystal ball also tells me there will be some changes in how the surveys are administered, but not in a way that will prevent future frauds. Anyone want to bet in future investigations of universities, there won’t be original copies of surveys to compare to the ones altered by admin?