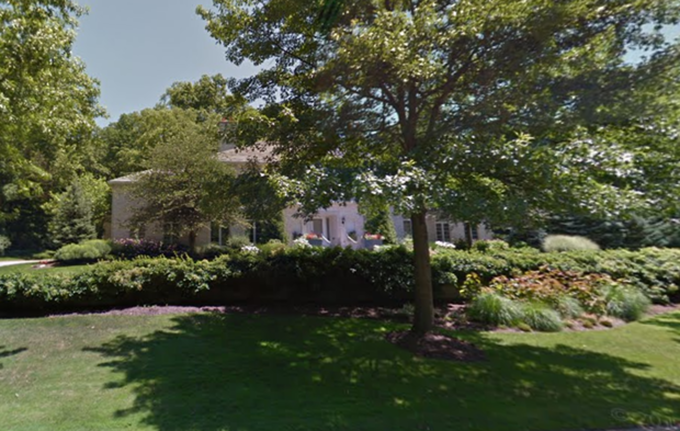 It really is interesting how the other half lives, particularly when it comes to the Poo Bahs who rule over our institutions. Their lives are just so…different. I worry about losing my job, because that would be a major problem for me.

I want to move closer to my university, but it’s a major risk: I’m not exactly paid enough to buy a house near the place, so if I lose my job soon after moving, I’ll be really hurt, financially. It’s a big gamble.

Poo Bahs don’t worry about such mundane things. I’ve mentioned before how, when a Poo Bah is fired, he gets a fat check no matter how horrible he or she did the job. Over the course of even a wildly incompetent career, a Poo Bah can rake in a $1,000,000 or more just by getting fired repeatedly.

But that’s not why Poo Bahs don’t worry about buying a house, because the institution actually provides a house for them. I’ve been to administrative palaces, and these residences are magnificent. I grant that I’m not much for interior decorating, my personal style is basically “late 20th century cardboard box” but the interior (and exterior) of an administrative mansion is gorgeous. The reason why these amazing homes are so beautifully decorated is because, like the house, the Poo Bah doesn’t actually pay for it.

As luck would have it, a Poo Bah’s residence is for sale. Let’s look at some of the features these guys get, courtesy of the tax dollars provided via the student loan scam:

Wow. Every house/apartment I’ve lived in my entire life, put together, doesn’t add up to that square footage. Perhaps I haven’t moved around as much as others, but that’s one huge house. The decadence continues:

What is wrong with these people? Have any of my gentle readers ever lived in a place with more bathrooms than bedrooms, and two half-baths to share? To be in a house where half a dozen people can simultaneously take individual showers is pretty nuts.

Why is the house on sale? Well, the Poo Bah got into a bit of a scandal, seeing as the university blew nearly $1,000,000 on renovations of the palace. Goodness, I have something of an imagination, but I’m hard pressed to think of how to spend that kind of money, just on decorations. If I ruled over a university and had that much of the university’s money to blow on whatever I wanted, I’d have spent it on scholarships and continued to use a cardboard box as a coffee table….there I go again, thinking like an educator, it’s probably why I’ll never be a Poo Bah.

A $556 olive jar in Scarborough’s bedroom became a flashpoint for students and employees upset at the cost of renovations at a time when 161 employees lost their jobs.

The olive jar is actually a planter (so no actual olives—I could see the cost justified if filled with olives, I guess). The planter is dun and not covered in gold foil or anything. I’ve seen the like at Wal-Mart for around 1/10 of the price…and I still can’t justify spending my own money on such a thing. I get by with cardboard boxes well enough.

Anyway, the scandal of tossing such a huge sum of money away while over a hundred employees had to be fired for lack of money, among other issues, caused the Poo Bah to resign in disgrace, but no, the gentle readers need not feel much in the way of pity. As always, a golden parachute awaits the Poo Bah:

Hey, want to be ticked off some more? That $450,000 award for being fired comes after less than two years of “service.” It must be so sweet living the lives of the 1%. I’ve put a decade into an institution and got nothing on the way out, and I suspect many of my readers get the same treatment. Did I mention this is at a public university? Our students are going into debt for this.

As Poo Bah you get the use of a free house, luxuriously renovated, and a half-million dollar check when you’re fired. Just do that every two years, and you’d be pretty set after a handful of years, right?

Once a Poo Bah moves out, a new Poo Bah comes in. Mercifully, this institution did things a bit differently:

This time around, the school has not hired a search firm, and it also hadn’t started a national search,

It’s amazing how things work for these guys. The university actually hires a search firm (paying tens of thousands of dollars) to get candidates, and makes a national search to find “the right person.” After the list of names is put together, a bunch of 6-figure administrators spend a great deal of time in interviews and parties deciding who will be the best. Then the new Poo Bah is anointed.

And time and again, these guys get fired after a handful of years, grabbing a golden parachute on the way out.

The university this time decided to be clever (amazing!) and hire someone besides another wandering plunderer who’ll ride off in a few years, saddlebags stuffed with loot. This time they decided to pick someone from inside the institution. I hope it works out; at least there’s some reason to believe it’ll be someone who actually cares a little for the place.

Too bad most administrative positions aren’t normally chosen so sanely.