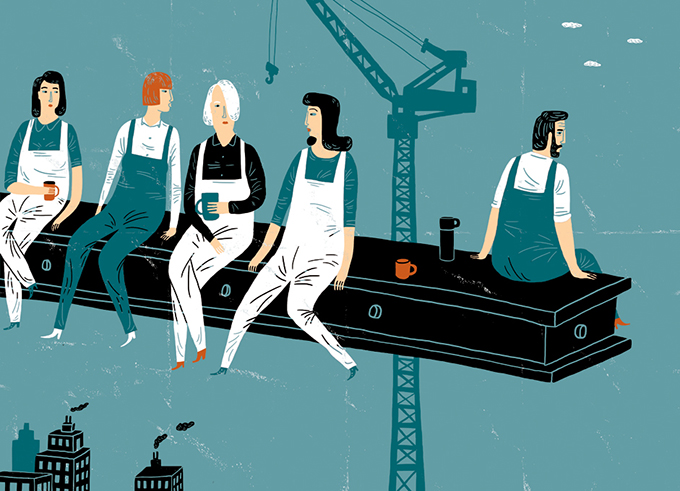 I am not easily shocked, but I’ll admit I was shocked to hear that a number of academics had recently questioned why I had been awarded a top scientific prize in 2012. According to some, I’m told, my success was simply because I ticked the ethnic diversity box.

I had no idea that this kind of racial insensitivity still lingers in an academic profession whose members are generally considered wise, tolerant and committed to combating prejudice. And while it would be comforting to think that the problem lies with a small and dwindling number of older academics brought up in a different era, the group of people who made the comments also included some younger academics.

On the other hand, perhaps such attitudes should be expected when the scientific community in the UK lacks any real cultural or ethnic diversity. But, if that is true, we must also ask whether the approaches we have adopted to addressing that issue are the right ones – or whether, in fact, they are doing as much harm as good.

We all take comfort from knowing that our community is doing a good job in implementing ethnic diversity-themed activities, awards and social gatherings, aimed at making academics from minority groups feel more integrated and ensuring that their abilities are recognised throughout the scientific community. Conventional wisdom dictates that if we do not adopt such measures, minority staff will continue to miss out on tenure, promotions and prizes by virtue of unconscious bias, and junior minority academics will continue to be discouraged from pursuing university careers by the lack of minority role models.

However, for all its good intentions, such special treatment leads some people to believe that academics from minority groups – most notably, those who are vulnerable to historical stigmas associated with ethnic or racial identity – are not selected on merit alone. My recent experience is a good example of this, but it is far from the only one.

The mismatch between the intent and the consequence can also be seen in other sectors. An example is politics, where the adoption of all-women shortlists in some constituencies has boosted the number of women in Parliament but has also resulted in new female MPs facing questions over their credentials.

No one wants to be seen as a token appointment. But other minorities have faced similar indignities. In a 2014 article in The Guardian, Louise Maynard-Atem recounted how some colleagues had asked if she had secured her post as an analyst in the Civil Service via all-black shortlists. “Positive discrimination serves not only to lessen the sense of achievement for those on the right side of the coin, but also to foster resentment for those who aren’t part of the chosen minority,” she wrote.

I do not want to undermine the efforts to eradicate ethnic and racial discrimination in science over the past few decades, but we need to start thinking outside the 1960s box of affirmative action. If racial discrimination in academic science is to cease, academics of all ethnicities should be free to question the rationale for positive discrimination and race-specific initiatives. We need a sector-wide conversation among academics about the pros and cons of the status quo, which will lay the foundation for new thinking and better solutions. There must be a better path.

Yet the tragedy is that many junior academics, who may one day be future leaders in science, are reluctant to raise these challenging questions because they fear being called racist if they are white, or self-loathing if they are members of minority groups. And most academics in leadership positions would prefer to be seen to be doing something about the problem, even if that something actually exacerbates it – and, in the process, makes even established scientists such as myself feel uneasy and unsure about their place in the academy.

My own frustration with the status quo is such that I have, with heavy heart, taken the decision to return the prize that I was so proud to receive eight years ago. After all, it is not the only affirmation of my scientific ability that I have received. In my 20-year research career, I am lucky enough to have won a handful of awards that were reviewed by my peers. I would rather not hold on to one that could be perceived to be tainted in any way.

Yes, my CV will be slightly shorter, but if my gesture starts a serious debate over the role of positive discrimination in the 21st-century academy then it will be worth it.

At the very least, it will give my critics the opportunity to reflect on whether they are glad that they got what they wanted.

Author Bio: Aymen Idris is a senior lecturer in pharmacology at the University of Sheffield.