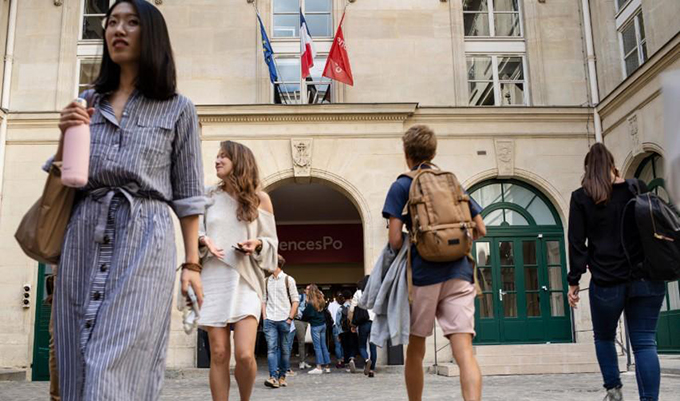 While inequalities based on students’ social and academic characteristics are widely documented by research , those related to their home institutions are rarer. However, the school of origin acts on the orientations of the pupils through, among other things, the effects of emulation and lasting reputation over time.

In a recently published report on selective streams in the human and social sciences, we focused on this high school effect, linked more particularly to the public or private sector of the establishment.

The study concerns two establishments which have in common the practice of selection in the first year, but according to very different methods:

We can then see that if private high schools send more candidates and more admissions to these establishments, this is mainly linked to their much more privileged social composition.

In the applications, the private sector is overrepresented

Does this mean that high school students from the private sector have an advantage in integrating these institutions? To answer this question, three stages, application, admission and registration must be distinguished.

At this stage, the institution’s status is hardly discriminating: at most, we can see that public high schools are over-represented among establishments that have sent at least one candidate to Sciences Po (70% of public establishments against 65% in the together).

If private institutions send more candidates, their chances of integrating Dauphine or Sciences Po are not greater. Admittedly, these establishments have more admissions than the public high schools, but this over-representation is largely linked to the higher number of candidates, because with the number of comparable candidates and other characteristics (social and educational) checked, the private establishments do not have no more admissions than public high schools; they even have significantly less.

This negative effect of the private sector is also observed at the individual level: with comparable social origin and educational level, and with identical characteristics of the home institution, high school students from private institutions are less likely to be admitted to Dauphine. or at Sciences Po.

The over-representation of students from private high schools in the traditional pathways of entry into the first year at Sciences Po and Dauphine is essentially linked to a greater propensity of students from these establishments to apply.

This propensity seems to a large extent to be linked to the more privileged social composition of these establishments, but also to the placement strategies of certain high schools that are “big providers” of candidates. However, with a number of comparable candidates, high school students from the private sector have no more chances of integrating Dauphine or Sciences Po.

In addition, the social openness programs initiated in these establishments in the 2000s, insofar as they exclusively concern public high schools, all the more increase the chances of being admitted for high school students from this sector, while diversifying the social profiles of the students of these institutions.

Our results therefore invite to qualify the view that we can focus on the numerical advantage of privately educated students admitted to these large establishments. If an establishment effect is present, it is to be linked more to the logic of construction of aspirations and to investment strategies than to supposedly better preparation compared to the public.