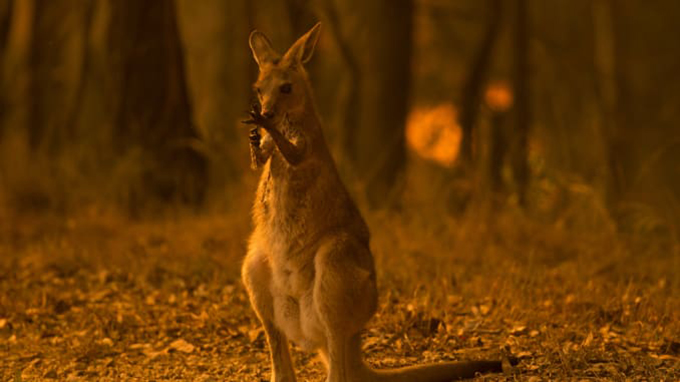 You might have heard that Australia caught fire this summer. Almost 5 million hectares have been burned – an area larger than Denmark – and the scale and ferocity of the megafires focused global news coverage Down Under for several weeks around Christmas. Even those in the northern hemisphere might have felt the smoke at the back of their throats as it completed a lap of the world.

It’s a terrible time for the Australian nation. Lives have been lost, hundreds of homes have been destroyed, whole communities have been displaced and many of our unique species have been driven almost to extinction. The final cost, which economists are still modelling, is estimated to be A$5 billion (£2.6 billion), and between 0.2 and 0.5 per cent of Australia’s projected economic growth has literally gone up in smoke.

Still, the fear and nonsense embedded in the media accounts of the fires was almost on the scale of the misinformation that accompanies the topic of climate change. The truth is that the fires have damaged less than 1 per cent of this wide, brown land. The rest of the country is going about its daily business, pitching in to help where it can, and raising money when there’s nothing else left to do.

But Australians are also talking a lot more about global warming – and that’s not likely to end soon. Nor should it. There is a growing consensus within the community that action to prevent further damage is vital, and there is hope that recent events are the tipping point in that regard.

This is where universities come to the fore. They can and should play a leading role, as they have in the past, in informing and supporting this conversation. They are a national asset: a bank of knowledge that the nation and its government can draw on. We can put together multidisciplinary and interdisciplinary groups with the expertise to get to work on arresting the progress of global warming – and the tragic cycle of drought, extreme weather events and natural disasters that comes with it.

We can also help frame the debate. We need to lift engagement and continue to be creative in putting our propositions to the community, to share our knowledge and help stop the spread of nonsense passing as news.

The science is clear: the planet’s average surface temperature has risen about 1.62 degrees Fahrenheit (0.9 degrees Celsius) since the late 19th century, a change driven largely by increased carbon dioxide and other human-made emissions in the atmosphere. When you get 97 per cent of scientists to agree on anything, you can take it to the bank.

The sciences say extreme weather events will become ever more severe and more frequent as the climate continues to heat. Hence, according to the Australian Academy of Science, our response to the bushfires must go further than recovery and rebuilding. Everything, from urban planning and building standards to land, water and wildlife management, will need careful and measured consideration. And Australia must take stronger action as part of the global commitment to limit global warming to 1.5 degrees Celsius above the long-term average.

Environmental scientists in Australia’s universities understand the country’s unique environment – one of the world’s most vulnerable – and they are working to design and build our future in it. They are aiming to help the nation transition to a zero-carbon economy and to develop clean, green, power sources. It is this expertise and these new industries that could set Australia up as an environmental powerhouse, with knowledge the rest of the world will need.

The recovery efforts from the recent tragedy are also shining a light on the contribution that disciplines beyond environmental science can make. The opportunity is there for a broadening of the input from universities.

My own institution, the University of South Australia, has always held our community close and, in times like these, our people are helping fire victims with their immediate needs. Our psychologists are advising government on intervention packages, as well as helping to ameliorate the immediate impact of the fires on the mental health of firefighters and others affected by them. Our early years educationalists are helping to support children who have experienced trauma. And our experts in business and tourism are sharing ideas to rebuild the businesses that have been dramatically impacted in the fires.

One of our key research themes is “scarce resources”, via which we aim to support sustainable living and “restore, protect and optimise social, cultural, economic and environmental resources”, and we have also made an institutional commitment to embracing the traditional knowledges about fires, plants, animals and seasons, which have sustained Australia’s first people for more than 60,000 years.

Although these bushfires have been an unprecedented disaster in the lives of so many Australians, the bush does have the capacity for regeneration. Within weeks, seed pods cracked by fire spew seeds that grow quickly in the ash beds. And just recently Australia’s conservative government showed signs of cracking its own carapace and softening its resistance to the very idea that human activity contributes so greatly to a warming planet.

It is early days, but there is hope that some good may ultimately rise from the flames.

Author Bio: David Lloyd is Vice-Chancellor of the University of South Australia.