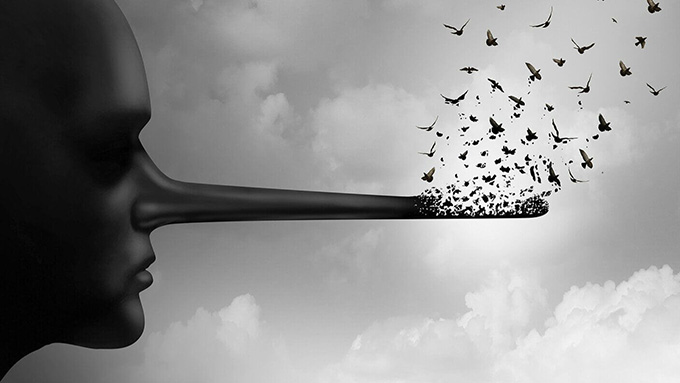 There is so much talk about post-truth that, in 2016, “post-truth” was named word of the year by Oxford dictionaries . But what phenomenon does that word refer to? At first, it could be said that in post-truth times the truth has been left behind, as in postmodernity it was intended to overcome modernity. What is this about leaving the truth behind?

There are several phenomena that surround or accompany post-truth. Lies, ignorance, charlatanism, misinformation, fake news , populism, social networks, propaganda, denialism … They are heterogeneous phenomena that give rise to the idea of ​​massive deception.

But what best characterizes post-truth is lack of respect for the truth or contempt for it. This characteristic should not be identified with lies. Lying and disregarding the truth are different forms of deception. The liar knows what the truth is, plays the game of truth, but is intentionally hiding it. However, post-truth goes further (or more here). It ignores the truth game, it ignores: the truth is ignored, ignored.

The charlatan as origin

I want to mention two authors who delved into the phenomenon of post-truth, although the word was not yet in circulation. The closest in time is Harry G. Frankfurt . In 2005, in a short text entitled On Bullshit , Frankfurt analyzes the phenomenon of charlatanism and contrasts this phenomenon with lies. This contrast is currently being debated with great intensity, for example, in the field of pragmatics.

This American philosopher is concerned about a figure who at that time, with the surprising changes in the universe of communication, is constantly expanding in different forums: the charlatan. The charlatan belittles the truth, ignoring it, stepping over it. He talks incessantly, produces speeches. His attitude is not that of the liar.

However, Frankfurt emphasizes, there is something disturbing about his figure. And it is that historically it has been less tolerant with the liar than with other forms of deception. The liar has always been persecuted and punished (“You will not bear false witness or lie!”, Read the Catholic commandment). The charlatan, at best, has been mocked. Frankfurt, on the other hand, sees a terrible threat in this last figure: it is the beginning of post-truth, even before a name was created for this phenomenon.

Earlier (late 60s, early 70s of the 20th century), Hannah Arendt also talks about this phenomenon. Arendt makes a very interesting analysis about the intrinsic relationships between politics and lies, and glimpses new developments in this relationship.

It verifies that the lies of his time (among other cases, he deals with the famous Pentagon Papers) are no longer about secret questions but about well-known questions. Check that the policy follows advertising strategies. It signals that contempt for the truth that is leaving us without the compass required to be able to walk and advance in our lives with minimal guidance.

These advertising strategies of the public powers open the doors to new totalitarianisms (Arendt is a great connoisseur and analyst of the totalitarianisms of Hitler and Stalin). It is, therefore, a real threat. He considers that the phenomenon of contempt is affecting what he calls “repositories of truth” (truth reserves): the judicial system, the university and the educational system in general; science (which, in her words, has been possible thanks to a desire for objectivity) and finally journalism (which she practiced, for example, in the Adolph Eichmann case ).

Post-truth is not left or right

There is a great debate about the origins, roots and evolution of this attitude of contempt. Many authors (see McIntyre 2018, chap. 6) have argued that this attitude has gradually moved from an ideological perspective: from being typical of left-wing political thought (critical of the absolute nature of truth or knowledge or science), to link with the right (Trump is the great model).

However, as interesting as this debate is from a historical, political and conceptual point of view, what is really problematic is that post-truth is permeating everything around us, from the closest to the most remote. It is not a question of left and right.

Disregard for the truth

What is new is not that you lie or deceive yourself about this or that. What is new is that the truth itself is belittled. It is disturbing to see ignorance arrogantly manifesting itself in the face of the stupefaction of the investigator. Think of the denialist protests related to the pandemic, or denialism regarding evolutionism or climate change, or the conceptions linked to the anti-vaccine movements.

What is new is that the concepts around which certain human activities “necessarily” revolve are undervalued. For example, it is no longer a matter of debating whether an article or journalistic work is more or less objective (an interesting, difficult and inalienable debate, in my opinion), but rather that with the slogan “objectivity does not exist” such reflection is paralyzed, the door opens to another conception of “journalistic” activity. Where is the journalism represented in the excellent movie “Spotlight”? Returning to Arendt’s words and applying them in another context, denying “the desire for objectivity” is opening the ban on another “journalism”.

Of course, similar reflections and concerns can be applied to other areas. In times of COVID and uncertainty, what haven’t we heard about science? What idea of ​​science does denial convey?

The importance of repositories of truth

We have climbed one step on the path of deception. Truth itself and a whole series of concepts (called “epistemic concepts”) that are satellites of it are undervalued: objectivity, consistency, impartiality, sincerity, contrasting beliefs (hypotheses or theories), respect for evidence. , precision, recognition of fallibility and the search for minimization of errors, self-correction …

There are now more means than ever for the massive deployment of a post-truth environment. Among other elements, new technologies and social networks provide a suitable habitat for their development.

What to do? Remembering Arendt, let’s protect repositories from the truth. How? Being faithful to the values ​​mentioned above, at least in human activities where those values ​​are required. Of course, that fidelity is accompanied by numerous obstacles and failures. Post-truth ignores all this, plays (or pretends to play) on another terrain.