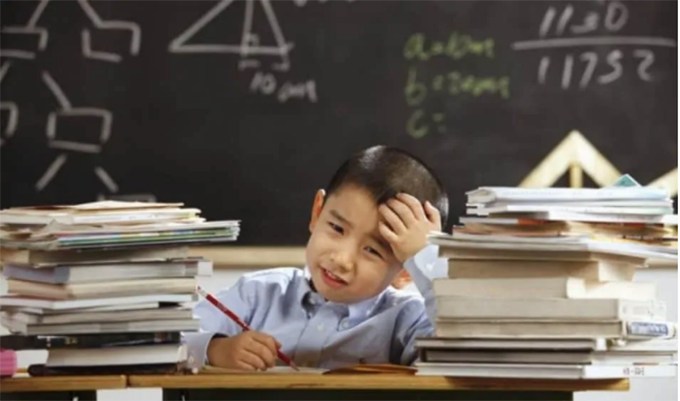 Some people stereotype Asian students as the “model minority” in math achievement: they generalize attributes of a so-called “minority” (racialized) community in a way that just perpetuates racism disguised as a compliment.

It is clear, however, that not all students identified as Asian are good at math. The word “Asian” is a category used to represent human beings who are, in fact, diverse and their differences are lost by their inclusion in the term. “Asian” includes 50 or so ethnic groups in a huge diversity of linguistic, socio-economic, political and cultural settings. Making judgments based on categories often leads to faulty or erroneous implications.

Both scholars and cultural commentators have highlighted the problem that the “model minority” label is sometimes used politically to divide those who are held up as so-called “model” groups and those who are not. Reporter Kat Chow notes that some white people have talked about Asians in North America in ways that positions Asians’ so-called “success” as a “racial wedge” that separates Asians from Black people or other racialized groups. Such framing distracts from necessary conversations about racism and structural inequalities.

We are involved in a study launched in 2018, “Behind the Model Minority Mask,” that seeks to understand divergent literacy and academic trajectories of Cantonese- and Mandarin-speaking children in Canada. We wanted to explore how early factors such as home and classroom environments and larger cultural myths surrounding “Asian academic achievement” may be affecting children’s academic results.

Our research has found that holding up a “model minority” stereotype leads to destructive emotional stress for students. The “model minority” myth both encourages blaming students for failure, obscures the socio-economic factors that influence student academic achievement and also imposes significant psychosocial pressure on high-achieving students.

Breaking down the meaning of ‘ESL’

Our research into Asian students in Vancouver schools also revealed that there are also problems with the generalized use of terms such as “English as a Second Language” (ESL) learners and “English Language Learners” (ELL).

For example, we learned through a series of studies of about 25,000 immigrant students aged six to 19 who were categorized as “ESL” that a small number were in fact non-ESL. They were raised in families where they learned another language in addition to English from birth.

Of the students who did learn English after another language, there was a wide range of English-language skills, from those who spoke only a little bit of English to those who were fluently bilingual. The group included immigrants and refugees and those who were from low to high socio-economic backgrounds, and included speakers of 150 first languages and dialects.

The “ESL” or “ELL” labels, like the “Asian” label, however, are sometimes also used in ways that can misrepresent achievement, influence or realities of individuals. Some right-wing media commentators use the “ESL” label, for example, to argue that ESL students are responsible for a “strain on the system,” and “lowering” education.

Such reprehensible commentary is facilitated by studies or news reports that rely on generalized categories and pay insufficient attention to variables.

In part of our study, Lee Gunderson recorded science, math, English and social studies academic achievement of 5,000 randomly selected students from grades 8 to 12 in 18 Vancouver secondary schools including Asian students. ESL students scored significantly higher than native English speakers in all academic areas except English and social studies in Grade 12. Mandarin speakers’ academic achievement was also significantly higher than that of Cantonese, Korean, Spanish, Tagalog, Vietnamese and other language groups.

While there were high achievers among this diverse group of Asians, many Asian students (even among the Chinese subgroups) also reported struggling academically and socio-emotionally in school.

Socio-economic status was also found to be an important variable: Mandarin-speaking immigrants were from more affluent families than the other ethno-linguistic groups. Mandarin-speaking families employed more tutors to bolster their children’s academic work than other groups. Indeed, among this group, some Mandarin-speaking university students worked as academic tutors.

The sample of native-English speaking students included a wide-range of families from a range of socio-economic backgrounds. By contrast, the Mandarin sample, as a result of immigration patterns, included more high economic status families than other groups.

When high economic status native English speakers were selected they scored significantly higher in all academic areas than Mandarin speakers at all grades. Socio-economic status is related to school success.

Mandarin-speaking girls were four times more like to be eligible for university than Cantonese-speaking boys. About two-thirds of the Cantonese boys did not have grades sufficient for admission to university. Cantonese boys were at-risk students. The other Asian groups scored lower than Mandarin speakers in all academic areas.

The two largest groups of Asian immigrants, the Cantonese and Mandarin speakers, were from Hong Kong, Taiwan and China. The language of instruction in their communities was not English, so we expected these children’s English skills would be nascent when they immigrated to Canada.

As our research continues, we predict the findings will provide critical knowledge that educators need to improve the learning of Cantonese-speaking boys or others who we find to be at risk academically or socio-emotionally in Canadian schools.

We also hope we will identify characteristics of supportive ESL environments and inform early intervention through effective ESL program design and teacher professional development. Our hope is to provide information that informs parents about how to effectively support their children in school and at home in their early years.