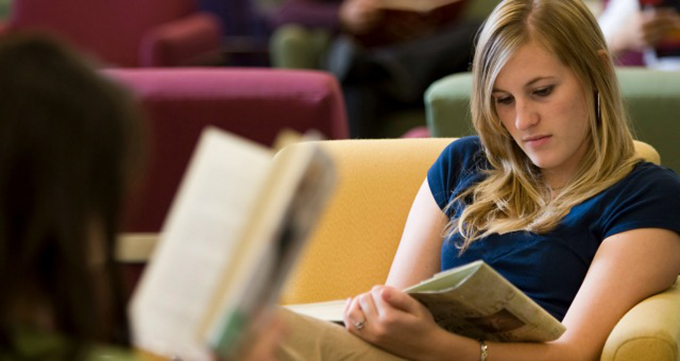 Attending classes and regularly reviewing grades is essential for success at the university. But it is a job that students should not neglect: the consultation of bibliographical references recommended by teachers. The Internet greatly facilitates access to these references. From there to directly consult books and scientific articles on screen, there is only one step.

If it has been shown that reading on paper is accompanied by a better understanding and a better memorization of the information contained in these documentary texts, it remains to know what are the personal preferences in terms of reading aids. a generation immersed in the whirlwind of technology.

While smartphones and tablets are part of the daily lives of young people, two recent studies clearly show that young people continue to give priority to paper when it comes to reading texts. From data collected from 429 students from the United States, Japan, Germany, Slovakia and India, Baron, Calixte and Havewala showed in 2017 that this audience highlights the benefits of paper.

In fact, nearly 92% of these students say they concentrate better by reading on paper and more than 80% of them say that at an equivalent price they would prefer to read on paper for their classes as well as their hobbies. more when the texts are long. These students were also more likely (about 60%) to re-read text on paper than on screen and to do several tasks at a time when they are facing a screen, which supports the issues of concentration.

From a qualitative point of view, the students considered that the paper made the annotations easier and they appreciated also its physical properties (to hold it, to feel its texture, to turn its pages). However, they recognized its sometimes less practical side, especially because of its weight, while pointing to potentially higher environmental and financial costs for this support.

The screen took away some physical properties or features, such as lighting, the ease of finding the definition of words or access to additional information, its portability, doubled the storage of several books. His main defects were eye fatigue and the distraction he could cause.

Published in 2018 from data collected from 10,293 students in 21 countries on all continents, the study by Mizrachi and his colleagues goes in the same direction. 78.44% of young people surveyed prefer to read academic texts or documentaries on paper. A majority of them also indicate a better focus on the information contained in the texts (82.02%) and better retain them (72.37%) when they are on paper.

At 72.83%, they prefer to use paper more frequently for texts of at least seven pages. A large majority of these students also prefer to annotate texts on paper (83.6%) while only a minority of them annotate these texts on screen (24.11%). In addition, 68.85% prefer to print the texts in digital format before reading them even if it is more expensive in terms of effort, time and money than reading these same texts on screen.

Thus, these recent results show that students around the world favor the paper format when it comes to reading and understanding a university text and learning from it while this population is now broken to the use of screens, which suggests a reasoned use of these. These results also lead us to continue to recommend the use of hard copy for reading textbooks or university textbooks.

Author Bio: Frederic Bernard is a Senior Lecturer in Neuropsychology at the University of Strasbourg