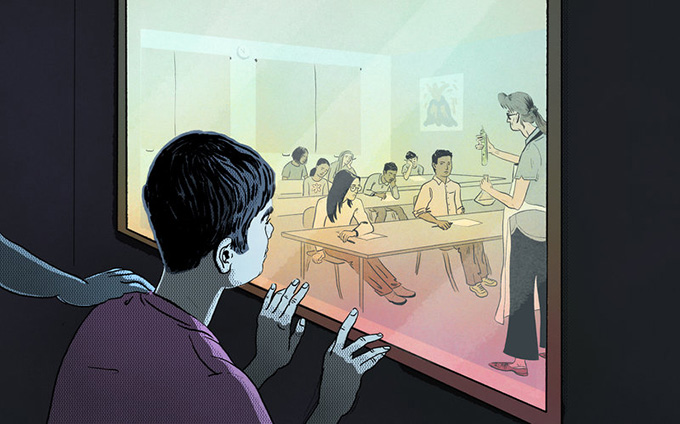 Across Canada, children with disabilities are disadvantaged when it comes to the support they receive in schools. While Canada espouses a commitment to inclusive education, the right to it remains elusive for some students.

Our research team at the University of Manitoba revealed another grave problem that needs redress: The shocking use of physical restraint and seclusion spaces, which contributes to the further marginalization of children with disabilities in schools.

We conducted an anonymous survey online of parents of children with disabilities in Manitoba in the summer of 2019. Our team sought to document parental perspectives, because little is known about the scope and nature of physical restraint and seclusion in schools in Manitoba, and there is a need for regulation and accountability.

The survey consisted of 48 questions and asked parents/guardians about their child’s experiences with physical restraint and seclusion at school, as well as the nature and impact of such practices. The survey had a sample size of 62 respondents. While the survey sample size was small, the results are worrisome and paint a bleak picture about the treatment of students with disabilities in Manitoba.

The absence of policies further exacerbates this human rights problem. In Manitoba, there are no provincial educational policies to regulate the use of physical restraint and seclusion in schools. There are also no accountability structures to track their use. The absence of regulation has contributed to the misuse of these practices and students with disabilities are most at risk.

Our findings and recommendations for policy and practice are detailed in a report, Behind Closed Doors. The report provides a framework to make schools more inclusive for students with disabilities and to ensure their rights are not violated under international conventions.

In our study, parents reported the use of unsafe restraints that are banned in most correctional and health care facilities. The restraints included prone and supine holds that are known to have a high risk of death.

Parents also described the use of mechanical restraints. One parent indicated that “posey cuffs” — a kind of wrist restraint sometimes used in mental health settings — had been used to strap their child to a chair.

Not surprisingly, 90 per cent of the parents surveyed indicated that their child had suffered emotional trauma due to these practices.

While restraint and seclusion are intended to be crisis responses, some parents reported their frequent and prolonged use.

The accounts included children being restrained or secluded on a daily basis, with instances of seclusion lasting up to three hours. The students who were identified as being restrained and secluded most often were between the ages of five and 10, and were on the autism spectrum.

Reporting practices about the use of restraint and seclusion were highly variable. Approximately half of the parents indicated that they were rarely or never informed by the school that their child had been restrained or secluded.

When parents were asked how they learned about the use of restraints, they said the most frequent informants were the children themselves. Some parents that were informed by the school indicated that it often happened much after the fact in an informal manner. Written documentation was reported as almost non-existent, with 90 per cent of parents sharing that they never received a written report.

Based on these shocking findings, the research team has proposed several recommendations. 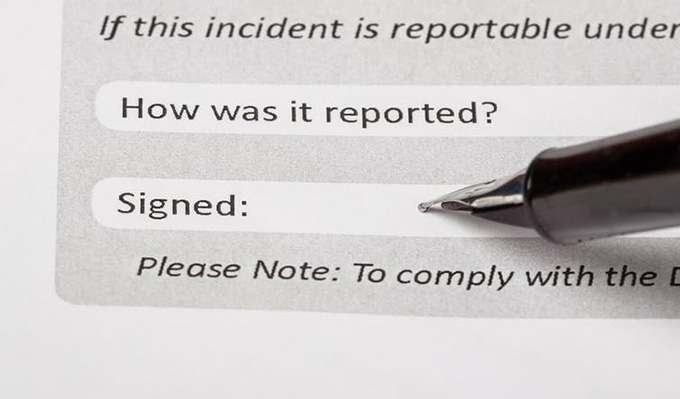 Mandated documentation and reporting must be established to ensure accountability

In Manitoba, there is an urgent need for the province to set provincial standards that clearly define restraint and seclusion as crisis responses. Standards should spell out that restraint and seclusion may only be used when there is an immediate threat to physical safety, and should regulate their use. The province must also mandate school divisions to follow standards.

The provinces of Alberta and Prince Edward Island already regulate these procedures and may serve as models for Manitoba.

Mandated documentation and reporting practices at the school, district and provincial level must also be established to ensure transparency and accountability. Reporting to parents should occur within 24 hours and include a written followup and debriefing meeting. The opportunity to reflect on the events leading up to and including the restraint and seclusion are critical to changing practice and preventing future occurrences.

Establishing data collection at the school, division and provincial level will also help to monitor prevalence and create accountability.

In the United States, the Department of Education has developed reporting requirements that have been incorporated into many state policies. Ensuring that restraint and seclusion are not strategies in students’ individualized plans may also prevent their normalization.

A provincial audit of seclusion spaces and the development of standards are clearly warranted to ensure they are safe, humane and comply with health, safety and fire codes. If not banned completely, as has been proposed in Alberta, seclusion spaces at a minimum must be highly regulated.

Along with regulation and comprehensive training of educators, including teachers, administrators and educational assistants, evidence-based, positive, proactive alternatives to restraint and seclusion must be prioritized. Positive Behaviour Interventions and Supports (PBIS) and training in de-escalation strategies have been found to reduce the use of restraint and seclusion and should be required for all educators.

When contacted by CBC News about this study in June, a representative of the minister of education in Manitoba said the ministry would immediately initiate a review of the report and issue recommendations related to seclusion.

While this may indicate a step in the right direction, notably absent from the ministry’s response was any mention of restraint. Unfortunately, the response also highlights the ongoing need to defend the rights of children with disabilities across Canada.

Author Bios: Nadine Bartlett is Assistant Professor in Inclusive Education and Taylor Ellis is Research Assistant, Faculty of Education both at the University of Manitoba