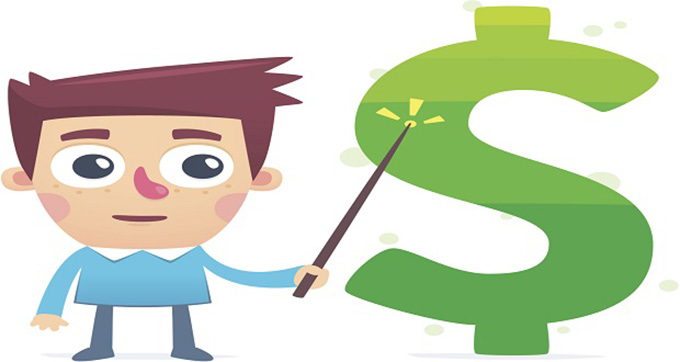 I’ve mentioned quite a few times the insanely high administrative pay of higher education. Even the most irrelevant Dean can now command a salary well past $100,000 a year, and this is all quite public information.

It isn’t just the salary that is ridiculous, it’s the sheer number of administrators on campus now. If there’s a problem in one of my classes, I could potentially receive 8 different e-mails from various bosses letting me know about it (note: this is direct experience. Much like in Office Space, I have received communications from multiple bosses regarding the same trivial issue, on more than one occasion).

The biggest growth in administration is Diversity. Trust me, no administrator anywhere wants to be viewed as not being for Diversity, for social justice, and everything associated with it. So, many campuses open up Diversity fiefdoms, and pack them full of Vice Presidents of Diversity.

The qualifications for this subject are minimal. Just say you’re for social justice, and you’re in. I’m not exaggerating. Heck, you can get accepted into a top school like Stanford just by writing #BlackLivesMatter a hundred times on your application. I can’t make this stuff up.

To get my faculty position at a good school, I need to have advanced degrees and a strong record of scholarship. I’m not starving or even asking for higher pay, but if money were what I wanted, I could throw away my nigh 30 years of experience and flawless track record, retrain as a plumber, trade in my pencil for a shovel and make more than what I do now.

On the other hand, I could just shout “Black Lives Matter” and be qualified for a Vice President of Diversity position. What kind of money would I make doing that? A recent article looks at the plunder ripe for the taking:

Granted, “big bucks” is in the eye of the beholder, so let’s put some numbers down:

Although the average salary for a diversity officer was approximately $175,000, at 15 universities the position offers remuneration in excess of $200,000, while in two cases the salary tops $300,000 per annum.

I’d be quadrupling my pay just by shouting “black lives matter” loudly. Hey, no wonder we have so many people on campus shouting slogans instead of studying…why isn’t there widespread outrage at pissing away such huge quantities of money on pabulum like this? It took humanity thousands of years to master the concepts of mathematics and science, but these concepts are apparently nearly worthless next to being able to chant slogans and threaten violence to people you disagree with.

I’ve targeted Poo Bahs for their insane pay, but at least taxpayers are forced to only pay for one of those creatures on each campus. The gentle reader should understand that you don’t get just one “diversity officer,” you get a fiefdom of such creatures, and that could mean dozens of Vice Presidents of Diversity, sucking down money at an average of $175,000 per year, apiece….and all they’re doing is making our institutions worse. It’s their job, you see.

Maine and Tennessee don’t have diversity officers. You know what else they don’t have? Riots. I’ve made over 500 posts to my blog, detailing atrocities and incidents. When I type in “Maine” in the search bar, there are zero entries. Tennessee only gets one entry, and it’s incidental and certainly not a riot.

When I walk into a McDonalds (hypothetically), there’s a little set up where I can procure napkins or utensils, for free! It’s not really free, I know when I pay for their pseudofood the cost of the napkins is accounted for. You know what? Every restaurant I go to provides that service…because they know it’s absolutely necessary that their customers have access to such things. If a restaurant tried not offering free napkins and such to customers (assuming such existed), you can bet it would promote its lower prices as a feature.

How is it that Tennessee and Maine don’t provide the (insanely expensive) Diversity service? Could it be because the service is completely useless and the customers don’t even want it? Could the lack of riots and similar insane behavior be taken as evidence that, yes, having Vice Presidents of Diversity is bad for education?

Shouldn’t we as citizens get this kind of information, and have some options about buying this Diversity service? You want to bet that a school that said “we don’t have Vice Presidents of Diversity here, but our tuition is $400 cheaper” would have an advantage? Well, it would have an advantage, but seeing as the “free” Diversity service is paid for by the student loan scam, there’s just no reason to keep costs under control.

It’s hysterical to hear the justifications for the pay:

“…his counterpart at the University of Texas at Austin…makes $331,000.

The media relations manager at the University of Texas at Austin justified…income on the basis of the diversity officer’s coveted “portfolio” that includes the ambiguous distinctions of “diversity, community engagement and outreach.”

…“His salary reflects the competitive market for his leadership skills, as seen in his recent hiring as the next president of Hobart and William Smith Colleges.”

–we probably should ask about the Media Relations Manager’s income too, considering the length of the title.

Ambiguous, indeed. I bet not a single student at U of Texas could explain how this Diversity Officer impacted his education or research. Education and research are the only things the university should care about, and yet Diversity merits some $331,000 a year.

And then comes the crazy grunt about “Leadership.” I’ve discussed before how much higher education has changed, but it merits repetition. It’s not about leadership. Here’s an old mission statement regarding the purpose of higher ed:

The paramount obligation of a college is to develop in its students the ability to think clearly and independently, and the ability to live confidently, courageously, and hopefully.

–I really recommend the above post, it’s important we realize what’s going on now.

Today’s mission statements are more about retention, but they also grunt about “leadership.” Again no: we don’t need leaders running our schools, we need stewards who understand what education is about.

We won’t get stewards, however. Instead we’re going to get Diversity officers, people whose job it is to raise tensions and cause riots on our campuses. Without the riots, without the tension…it’d be even more obvious we don’t need these guys.

Knowing that they’re paid salaries the average American could only fantasize about is merely insult to the grievous injury they’re dealing to our universities.