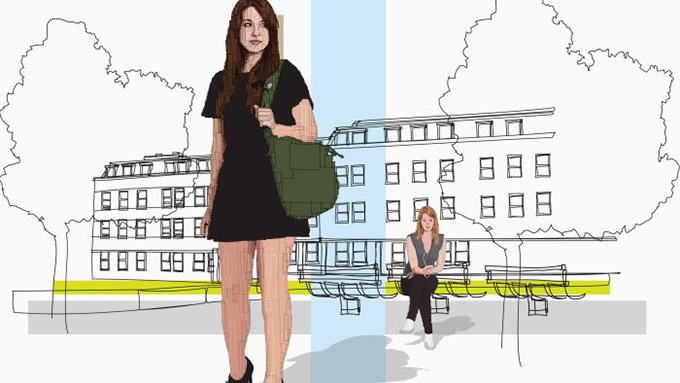 Since there has been an institutionalized system of orientation, dividing young people into school subjects, and then into trades, we constantly denounce the difficulties and cruelty of this system. But can there be, in society as it is, a “happy orientation”?

If the processes of orientation and the social inequalities that are linked to them are regularly debated in democratic societies, it is because they are at the heart of their founding ideology, namely the meritocratic ideology. In a world where there is a fine division of labor, we no longer admit that birth – or the company bequeathed from father to son – determines the future of people. The case is all the more serious as the attractiveness of the places to be taken varies considerably, whether in terms of their remuneration or working conditions.

A competition is inevitable. In order for the resulting inequalities to be acceptable, they are supposed to be derived from individual efforts and talents, and not from assets they have simply “inherited”. The school institution is then in charge of the crucial task of detecting the merits and impartial ranking of individuals on this basis.

The leitmotif of equal opportunities

It is the reign of academic meritocracy, what Anglo-Saxon sociologists call education-based meritocracy , considered a modern and progressive ideal. Modern because the “places” of society are distributed on the sole basis of school certifications, supposed to reflect themselves skills. Progressive because these will result from personal talents alone and not from the influence of the social milieu of origin.

It must be remembered that guidance specialists have always been extremely sensitive to this issue, since its promoters at the beginning of the twentieth century. Thus, for psychologists like Henri Piéron, the scientific detection of aptitudes was to allow to found a correct orientation, which admitted a selection but claimed to establish it on differences of common utility. It was hoped to achieve a just society through a fair orientation.

Equality in relation to the rules of guidance but more broadly in the face of academic success becomes a key issue, as is the notion of equal opportunities. For the meritocratic ideal can not be realized if, in the face of competition, people differentiate themselves except by their capacities and motivations, or if their freedom is hindered. Competition would be distorted. It is therefore not a coincidence that the success of the concept of merit goes hand in hand with that of equal opportunities since the 1980s.

The sociology of education exposes the gap between this model and reality, showing that from an early age, success is influenced by social background or school attendance. The distance from the meritocratic model is even more obvious when one examines choices of orientation: whether to decide for an institution, a path or an option, all are marked by the student’s environment, beyond his academic achievements. And who would say that one deserves to be in the best high school in the city or in the best class thanks to skilful strategies?

On the other hand, our system also crystallizes inequalities by giving a lot of weight to the wishes of students and their families: but these wishes are very unevenly ambitious and informed. Perhaps, paradoxically, it would sometimes be necessary to give families less latitude. Or should the institution advise them more specifically, to counter the self-selection systematically practiced the farthest from the school codes.

The labor market as arbitrator

We must therefore take into account this dual responsibility of the school if we want to tend towards orientations less affected by social origin. That said, even assuming that this is achieved, since school choice leads to unequal professional positions, can the orientation be lived more serenely?

In terms of integration, it is the labor market that is the supreme arbitrator. Difficult to consider that academic merit sanctioned by diplomas is perfectly recognized. Who would argue that wages are a faithful calibration of people’s intellectual abilities or moral worth? In the circumstances facing graduates, many candidates with the required skills will not finally get the position they expect. In fact, their merit will not be recognized.

Regularly, we hear that people only have to train properly to enter a world that seeks talents always too rare. But unlike these increasingly popular discourses, the sheer number of graduates attests to an abundance of talent that has not relaxed the selection. If the rhetoric of employability constantly returns individuals to the responsibility of training to be able to sell, many other parameters intervene: the competition with the other candidates, but also the balance of power and the vagaries of the market work.

The weight of the first job

Beyond a competition for employment over-determined by the global economic context, it is necessary to count in France with the prégnance of a principle “adequationnist” strong: with each job is supposed to correspond a formation and vice versa. This vision is coupled with a general climate of relative pessimism about the future.

At the same time, students approach their orientation in a way that is often very utilitarian, thinking more about the outlets than their tastes, and very anxious. If the professional integration proves more or less difficult according to the sectors, one believes willingly that the first job will be that of a whole life.

It is not the merits or efforts of everyone, or the quality of the school, that will make possible or block the social rise but the overall economic context. It all depends on opportunities in the labor market. About 40% of social mobility is of a structural nature, that is to say, it results from socio-economic changes that take place from one generation to the next, creating “calls for air” in some branches and closing others. Meritocratic ideology is misleading and willingly guilty in that it suggests that destinies could depend entirely on purely individual choices … if we knew how to orient ourselves!

Rethinking the place of diplomas

To alleviate the “dramatic” nature of the orientation, reorientations, bridges and training returns should be possible at all times. Thus, young people would not feel like playing their life on a “choice” school. One could also imagine a completely different model where the sectors and the school choices would have no consequences on the professional future.

That would change the classroom climate and the tone of the orientation choices! Let us add that if all the young people left in life with a good level of education and less unequal, it would make things easier. Similarly, another utopia, if all jobs were also attractive … We would choose then according to his authentic personal taste.

While we think, in France, that it is right to divide the “places” in society on the basis of diplomas – because these would express the value, the merit, the skills, of people – we can clearly see that it freezes inequalities, to the extent that they are unequally owned by one another – for reasons for which the school is itself responsible.

Diplomas sanction only a small proportion of people’s qualities and many of them are likely to be revealed once in a work situation. Provided, of course, that all those who do not have a degree are given a chance. Giving diplomas less weight to move towards more justice is a perspective that feeds international perspectives. But in France, it still appears relatively paradoxical.