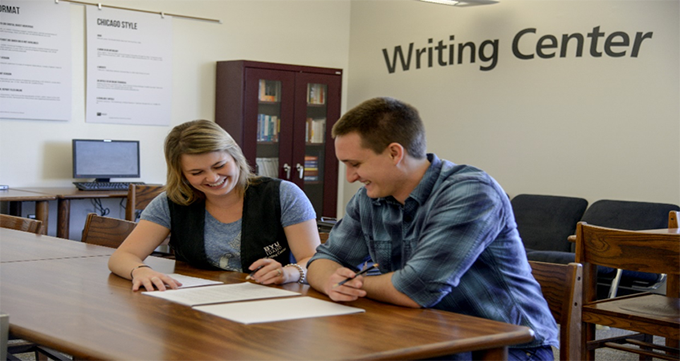 Like rain from an approaching hurricane, the madness from our degenerating campuses pours down ever harder. The latest:

College writing seminar will tell profs to not grade based on quality of writing in order to fight ‘white language supremacy.’

I grant this is just a seminar and not a pronouncement from on high by admin but…well, let’s just say I’m glad I wasn’t drinking milk when I first read the ridiculous phrase “white language supremacy.”

American University in Washington, D.C., is sponsoring a multisession seminar next month aimed at getting faculty to battle against “white language supremacy”

Seeing as “white language supremacy” is about as legitimate a threat as Barney the Dinosaur, I chuckle at the courage it must take to rally the faculty to do battle against it.

The whole seminar is a series of ridiculously racist lectures…how can nobody stand up this dross? Granted, this is a school which will spend $121,000,000 on a racist banana, so you know these lectures are precisely what they want to hear.

Bottom line, the school is converged, taken over by Leftist lunatics. How exactly will they do battle against this new foe, anyway?

Allow me to translate from Educationist to English, here. By “labor-based grading contracts” it is meant that the student’s grade will be simply determined by quantity of writing, not quality. So, a five page paper consisting entirely of “eeeeeeeeeeeeeeeeeee…” will have the same weight as a legitimate college paper of the same length. Presumably, a student could simply hire someone else to hold down the “e” key and the grade would be the same—doing one’s own work is very white supremacist, after all. I should mention there are many sites where you can, indeed, hire someone to write your paper for you (and I’ve never seen any of these sites go out of business in the last decade, although no admin is ever curious who their customers might be…).

…a professor of interdisciplinary arts and sciences and director of university writing and UW’s Writing Center.

Heh. Ok, now I know what’s going on. This admin runs the “Writing Center” at University of Wisconsin, an open admission state school. “What’s a writing center?” is a natural response from gentle readers unfamiliar with higher education, but I know what it is. Open admission schools admit anyone willing to check a box opening up the student loan floodgates, and that includes a great number of barely literate students (that a student who can barely read or write might not comprehend the threat of student loans never crosses an administrative mind, but I digress…). They come in, register for Freshman English 101…and get destroyed.

To deal with this problem, admin creates a new fiefdom, the Writing Center. Running this little kingdom is a new admin (who also gets to be some sort of professor, at least in this case), who now has the unpleasant task of figuring out how to take barely literate at best students and turn them into college level students.

The only way to do this is to redefine “college level,” in this case by asserting that being able to read and write coherently is, in fact, simply “white supremacy.” Being admin, he crams this idea down the throats of the helpless adjuncts teaching the Freshman English courses—anyone who doesn’t buy into this theory is labeled a RACIST and fired, and…success! Now the students are passing the courses.

Having been successful with this lunacy, he can now present a seminar on this “innovative” approach to teaching. I’ve seen the like enough times in the remedial math classes, where “preparation” for college level math is defined down to 4 years pre-high school.

To be fair, while nobody at American University will have the guts to stand up against this new lunacy, others will do so:

A spokesman for the National Association of Scholars told the College Fix that Inoue’s practices are “destroying the very idea that composition classes should teach all students to write well.”

I’m applauding the National Association of Scholars for their legitimately bold action in calling this bigotry, bigotry. I grant that they have no power to stop this, but I’m starting to see resistance to this constant downpour of lunacy. It may not be much resistance, mind you, but it’s a start.

The national dominance of social justice educators such as Prof. Inoue indoctrinates college graduates nationwide into social justice ideology and bigotry–but fails to teach them how to write a coherent sentence.

Layton also told the College Fix that Inoue is “not an outlier,” that he “represents the mainstream of America’s college writing programs and the mainstream of social justice education, which has taken over much of higher education,” and that Inoue and his like-minded colleagues “are the new normal” in American higher education — a system that “requires root and branch reform.”

Root and branch reform, indeed. Too many of our schools are infested with this sort of irrational thinking which is hostile to education, detrimental to the advancement of society.

I go further, of course, and believe many of these schools are beyond reform, even complete reform; they should be bulldozed, for the good of the communities being forced to support them, and the good of humanity in general.

I point out, naturally, that we’re all paying for these seminars indirectly via the student loan scam. Just end it.